A series of devastating livestock attacks in which 33 sheep were killed or injured has left one farmer “close to breaking point”.

Ben Jones, who runs a 26ha tenant sheep farm on the outskirts of Hensol in the Vale of Glamorgan with his wife Julia, has lost nearly a fifth of his stock due to dog attacks over the past four months.

In the first attack in July, six ewes were killed and eight others injured in a dog attack at that farm. This attack cost him more than £1,800 in vet fees to treat the injured lambs and disposal of the six dead ewes.

On 4 October, nine ewes were killed and four others badly injured in a similar dog attack. The four injured ewes were so badly hurt that they can no longer breed anymore.

Then on 18 October,  three ewes were killed and three others badly injured in a third attack, which was witnessed by Mr Jones.

“For some reason the attacks always happen on Wednesday. It’s really quite unbelievable,” said Mr Jones.

“This time around I saw the dog while it was attacking a ewe. I tried to catch it but it ran away. I managed to get a photo of it but have no idea who it belongs to or where it has come from.

“The advice I had from the police is to shoot it but I don’t have a shotgun license and it takes 16 weeks to get one. By the time that comes through I might not have any sheep left.” 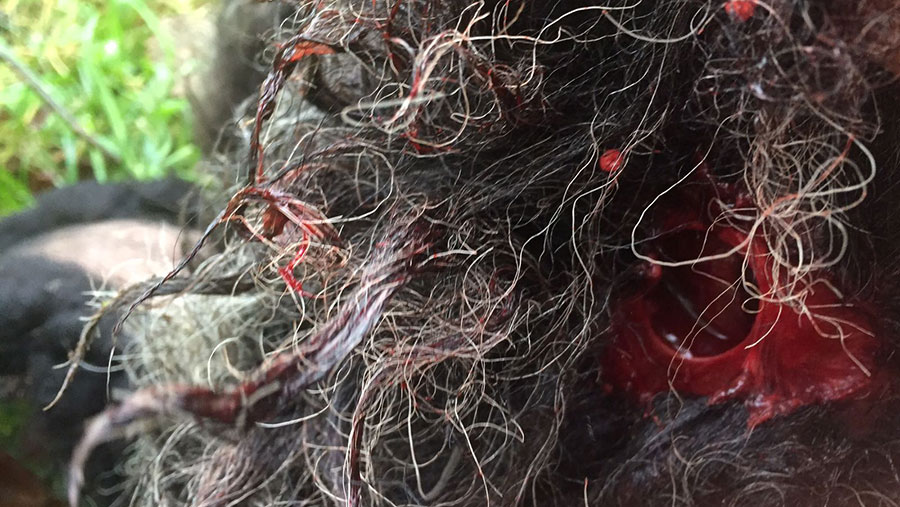 The owner of the dog, a black Labrador cross, has not been identified. 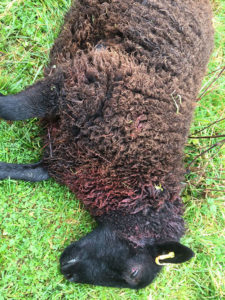 They have reminded dog owners to keep their pets on leads around livestock, and that farmers have the right to shoot dogs worrying their stock.

PC Mark Goulding, investigating, said: “We are trying to identify this dog and are urging its owner or anybody who knows who owns the dog to contact us immediately.”

“The owner of this particular dog may have no clue whatsoever about the damage and suffering that the dog is causing.”

The Farmers’ Union of Wales called for more public awareness of dog attacks on livestock, tighter regulation and better enforcement to protect farm businesses from the severe financial and emotional stress they suffer.

Anybody with information about the identity of the dog’s owner should call SWP on 101 quoting reference number 389254.