Police are investigating after more than 40 sheep were stolen from a field in mid-Wales.

Derek Evans, who farms at Sennybridge next to the A40 about eight miles from Brecon, said 43 yearling ewes were taken from the field early on Tuesday (23 August).

The number of sheep and tracks left by the vehicle suggested the animals were transported in a 12ft box, Mr Evans told Farmers Weekly. 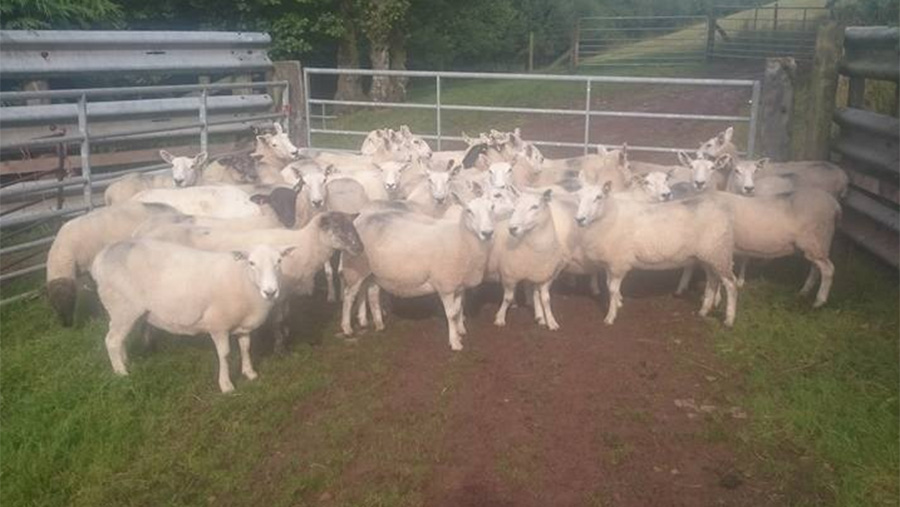 “We think that whoever took them must have had a very good dog because they brought them across two fields,” he said.

See also: 5 of the most shocking farm crime stories

Police are checking camera footage in an effort to identify any suspicious vehicles in the area.

Mr Evans urged anyone to contact the police if they had seen anything suspicious – including 43 yearling sheep being taken to an abattoir over the past few days.

Incidents of livestock rustling remain “stubbornly” high – costing the UK some £2.9m/year, according to a recent report by rural insurer NFU Mutual.

But many farmers do not insure their livestock so the true value could be much higher.

Cost is not the only concern: livestock theft can leave farms in turmoil, with breeding programmes in tatters and production disrupted for years.

Instead of a handful of sheep, we are now seeing hundreds of sheep being stolen from farmsTim Price, NFU Mutual

Although most farmers mark their livestock clearly and count numbers regularly, animals continue to go missing from fields and farms.

“Instead of a handful of sheep, we are now seeing hundreds of sheep being stolen from farms,” said NFU Mutual rural specialist Tim Price.

Rustling is a particular problem in Northern Ireland, north-east England and the West Country, which together account for 70% of all incidents.

Anybody with any information is being asked to call the police on 101.