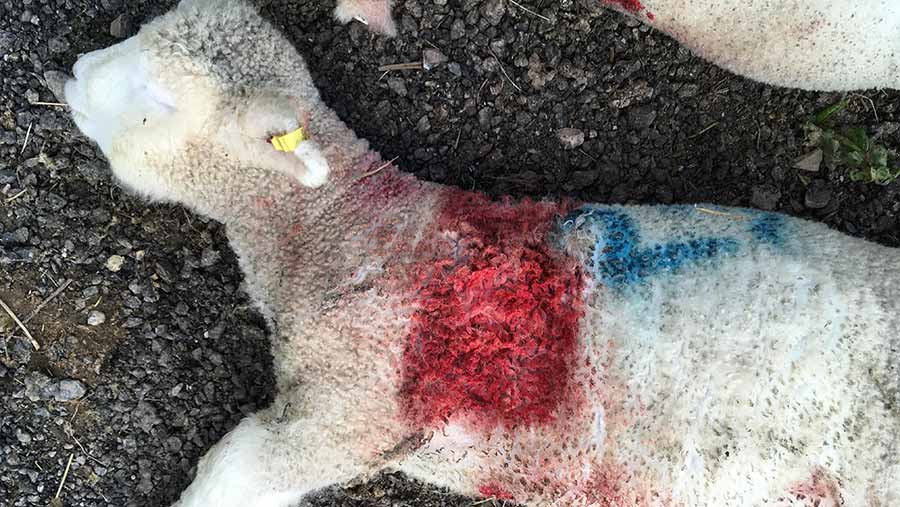 The first attack took place on a farm near Truro in Cornwall on Wednesday 9 January. A husky released by its owner ran into a field of twin lambs and ewes and was only stopped from injuring the entire flock by the local postman and an elderly neighbour intervening.

Jenny Sincock, who finished lambing the first round of sheep on 5 December, was alerted to the incident by the postman, who said he had seen a “husky with its teeth clamped around a lamb”. 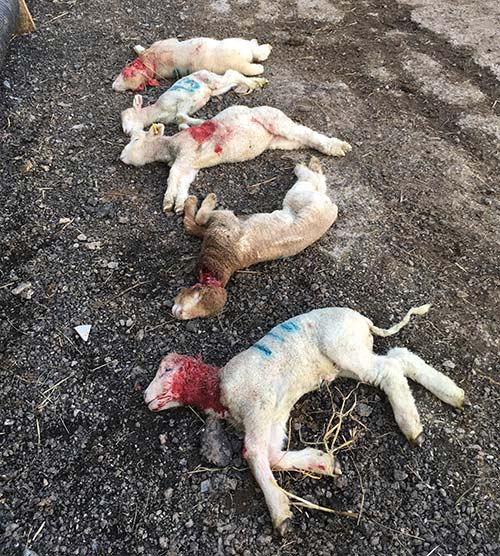 Ms Sincock and postman Garry returned to the field to find two lambs dead and others with horrific injuries where the large dog had ripped skin and shred organs.

“I picked one up and she just bled to death in my arms,” Ms Sincock said. “I’ve never seen anything so horrendous, it’s an awful thing to see.”

In total, nine lambs have died, both from injury and shock. Seven survivors are on painkillers and antibiotics and under heat lamps. Even if they recover, Ms Sincock believes they are unsaleable, and she has concerns about the rest of the “traumatised” flock. 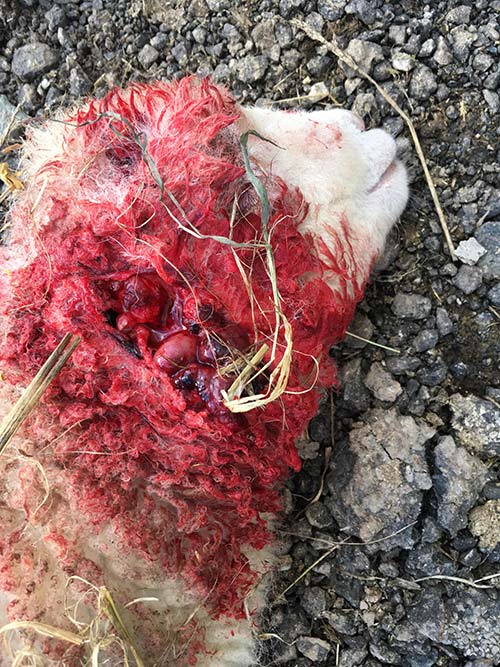 Ms Sincock discovered that the owner, a man who had recently moved to the area, found and caught his dog after hearing Garry and neighbour David’s shouts.

He gave his name and number to the men and immediately drove to Ms Sincock’s house to find her.

“He has taken full responsibility and said he is going to keep the dog on a lead and muzzled from now on,” Ms Sincock said.

“He was nearly in tears, I couldn’t insist his dog was put down. He has said he will cover the cost of what I have lost and I believe him. He could have disappeared but he didn’t.”

Ms Sincock estimates 16 lambs are now unsaleable, which each could have reached £150 when finished, and said the dog’s owner will face a considerable bill.

The incident has been reported to police, but Ms Sincock does not plan to prosecute at this stage.

“It’s not about the money, it’s seeing these little things ripped to shreds,” she added.

“I was up 24/7 when we were lambing, making sure they survive when they’re born, especially with the twins. It breaks your heart when something like this happens.”

The second half of the 280 flock of pedigree Dorsets are due to lamb at the end of March and were in an adjoining field when the attack took place. If the husky had entered that field, the results would have been “disastrous”, Ms Sincock added.

She hopes the public becomes more aware of the reality that their pets are instinctual predators, no matter their breed or size.

“I don’t want to shoot anyone’s dog, but if it has one of my lambs in its mouth I would with no hesitation,” Ms Sincock said. “I just hope I never see the like of it again.”

On Sunday 13 January, a flock of 32 pregnant ewes were attacked by two dogs and 15 were so badly injured they had to be put down.

The dogs, which were spotted during the attack by horse riders on the nearby bridle path, matched the description of dogs involved in a sheep worrying incident at a farm less than a mile away on Sunday 9 December.

One was said to be large and black, tan and white coloured, possibly a fox hound/Alsatian cross. The other was smaller and darker, mostly brown. No owner was present.

The dogs were seen at 9.15am and ran off through the lower end of the field at Twyford Lane, Wych Cross, near Ashdown Forest.

Plaw Hatch Farm shepherdess Gala Bailey-Barker said they had suffered dog attacks before, but this was the worst one. 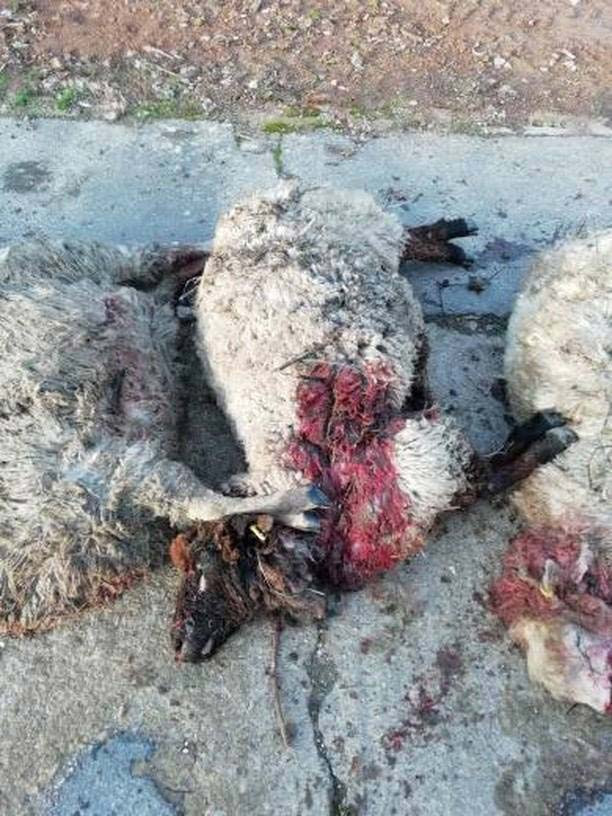 It took five hours to put down the severely injured Romney sheep, stitch up the rest and remove the dead bodies. Out of the 32 ewes in the field, only one was left uninjured.

“They were in a 25-acre field so it must have taken some time,” Ms Bailey-Barker said.

“We are almost certain it’s the second attack the dogs have done. They are going for the faces and necks. You just get the horrible feeling that they are getting good at what they are doing.”

The police are returning to gather samples for DNA testing soon. The flock (90 in total) are due to lamb in April and will be scanned by the end of the month, when the full effects of the attack will be discovered.

“There needs to be stronger punishments – the legislation is from the 1950s. Also, how seriously the police take it varies across the country,” Ms Bailey-Barker said.