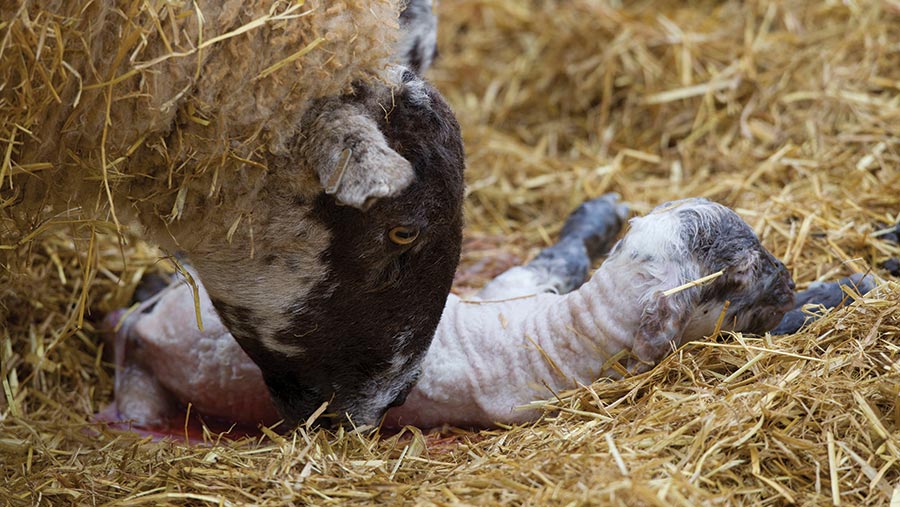 Favourable grazing conditions have lifted scanning rates on many UK farms, with one vet practice reporting an average increase of 10-15%.

At Carmarthen Veterinary Centre, scanning percentages are up 10-15% across the board and have averaged about 205% this season.

Vet Helen Scott says some flocks have seen a 25% improvement.

However, high scanning rates are not being reported in all UK regions – independent sheep consultant Kate Phillips says flocks in other parts of Wales and in the West Midlands are recording average rates, with some up and others down.

But last year’s disappointing rates, resulting from a tough spring and dry summer in 2018, are generally not being repeated.

Lowland flocks are benefiting in particular from improved fertility and are consistently hitting scanning rates higher than 200%, says Ms Scott.

Ms Phillips puts this trend down to good summer and autumn grazing.

“There was much more grass about last autumn and ewes were in good body condition,’’ says Ms Phillips.

“Farmers have a better handle on some of the diseases that were compromising fertility in their flocks,” she says.

For others, a more rigorous approach to culling unproductive ewes has been influential.

Farmers are being advised to manage ewes appropriately to maximise the value of higher scanning rates.

Predicted litter size from scanning does not always equate to numbers of lambs born, but this is more likely to happen if ewes are managed according to the lambs carried.

Check ewes regularly to ensure they are not getting too thin, or too fat, at any stage.

A thin ewe will be more interested in what she wants to eat, not in feeding her lamb, says vet Miranda Timmerman, of ProStock Vets.

She recommends a BCS at lambing of 3.5 in lowland breeds, such as the Texel, and 2.5-3 in upland breeds.

2. Feed according to lambs carried

When scanned litter size is more than 200%, a high percentage of ewes will be carrying three lambs, says Damian Costello, of Teagasc, Ireland’s farm research and advisory body.

The immediate priority for these ewes is an appropriate feeding regime to ensure birth weights in the region of 4kg for each lamb.

Supplementary feeding of triplet-bearing ewes should commence eight to 10 weeks before the expected lambing date.

In practice, this is immediately after scanning, unless ewes are fit and have plenty of good-quality forage when supplementation can start later.

Depending on ewe body condition and the quality of forage available, the level should rise to about 1kg a head a day – split into two feeds – in the weeks before lambing.

However, 1kg is not the recommended rate across all forages, adds Mrs Phillips.

“Diets should be worked out from forage analysis, with some of the very best forages needing relatively low levels of supplementation, even for triplets,” she says.

Silage and hay analysis will inform the level of supplementation required.

A pregnant ewe will rapidly break down her own body fat reserves due to a high demand for glucose.

In late pregnancy, this happens if the diet is lacking in energy and results in the release of toxic chemicals called ketones, which rapidly build up in the blood.