Sired by Plumtree Wonderful, the sale leader is out of the Ardstewart Lord Almighty dam Woodies Natasha. She was snapped up by S Wood, Skene, Aberdeenshire.

Just shy of this at 7,000gns was the home-bred Airyolland Betty Boo from Neale and Janet McQuistin, Newton Stewart, Wigtownshire. 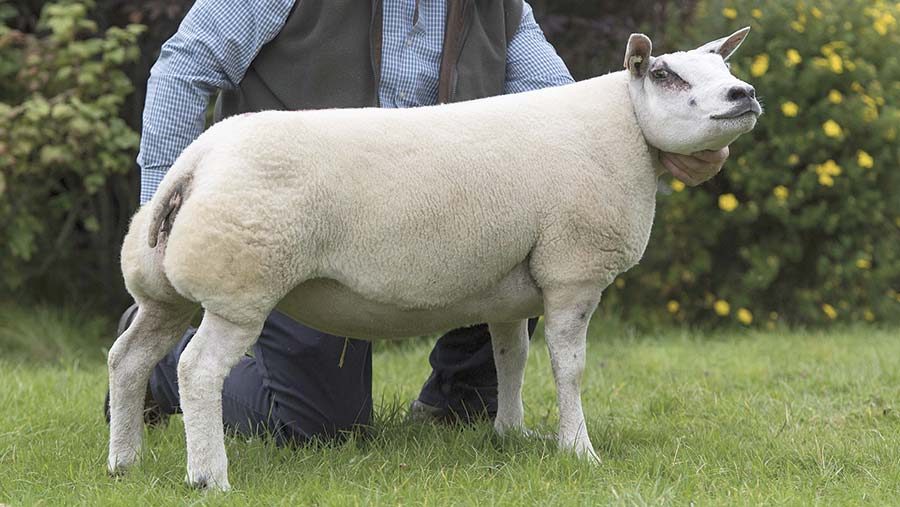 See also: How one sheep farmer is switching breeds to increase returns

Sired by Airyolland Pagan she is out of Airyolland Rihanna by Dooley Napal.

Stuart Wood’s Woodies flock from Aberdeenshire was next in the bidding when selling their shearling gimmer Woodies Buttermilk by Double O Seven, who has won shows in the UK and Belgium.

She caught the eye of Rosie Boden, Mellor, Stockport.

The Clary flock of JL McMillan, Wigtownshire, took a bid of 4,800gns for their show winner Clary Beyonce, sired by Clyde Wonderboy. 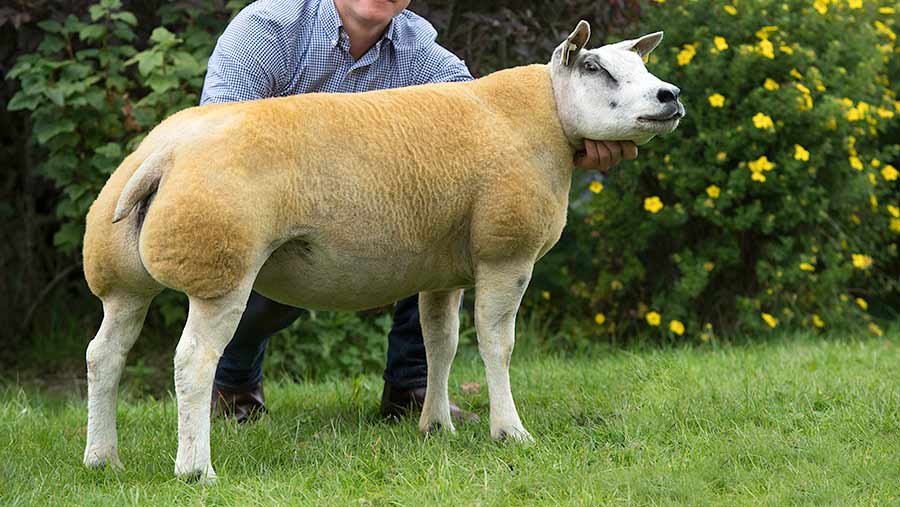 She won the Scottish National show this year and her dam, the home-bred Clary Taboo, was second at the Great Yorkshire show in 2014.

She headed home with A Taylor, Lanark.

This son of Topflite Al Pacino is out of a home-bred ewe by the renowned Scooby Doo.

Next best and selling for 1,550gns was the ram lamb Woodies Call the Cops, a son of Carrigans Bob Lee Swagger, from Stewart Wood, Skene. Buyer was P Langton, Belper, Derbyshire.

First at the price was the male and reserve supreme champion, Woodies Bob, an Ainstable Poland son, which was snapped up by Messrs White and Bartram, Derby.

The next was an imported Vrijbos shearling ram, which headed for Oldham, Lancashire with SR Heather.

Stewart Taylor’s Staddlestone Cassandra, from his flock in Coventry, stood overall champion under judge Will Evans, Bodwrdin, Anglesey. By Kingledores Rameses, out of a ewe by Horseclose Pimms O’clock, she sold for 1,450gns to Dafydd Owen, Gwynedd.