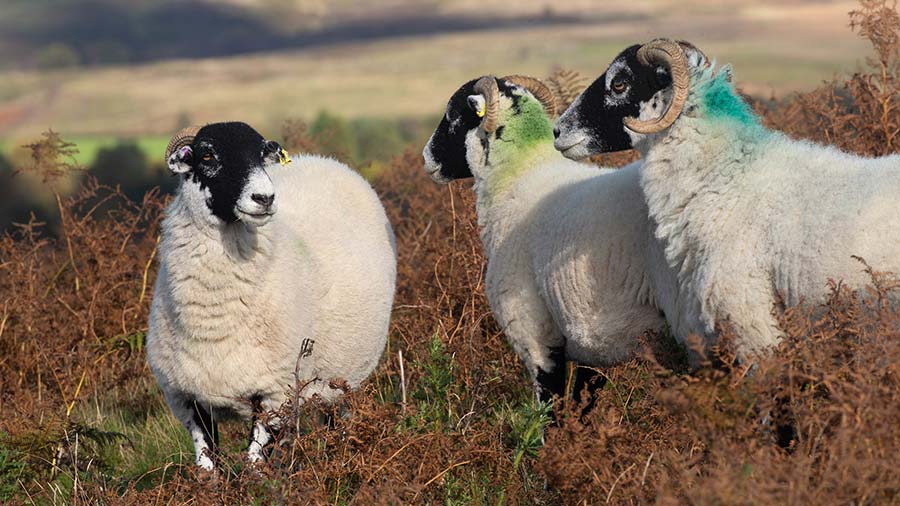 The UK sheep sector is emerging from a period of remarkable adjustment, with today’s national flock shaped by three decades of change led by breeding policies, government support strategies and disease outbreaks.

Wind the clock back to 1990 and the quality of sheep on UK farms paled in comparison with the flocks now grazing the hills and lowlands.

The past 30 years have seen significant changes, driven in part by breeding and an end to a support system that paid farmers based on ewe numbers.

Use of estimated breeding values, particularly at the top of the breeding pyramid, has been a factor, as has a fall in stratification – the cross-breeding of upland ewes for finished lamb production in the lowlands.

More farmers now run closed systems to improve their flocks’ disease and parasite status, and to allow them to use breeding records and retain sheep from improved bloodlines.

Despite the decline in stratification to 50% in 2021, it remains strong, and the quality of those breeding sheep in these systems has improved, says Mr Stocker.

There are fewer native pure-bred ewes than in 1990 and more cross-breds.

The Texel, says Mr Stocker, has had a big influence as a terminal and maternal sire.

The Lleyn and Romney breeds have benefited from an upsurge in popularity as more sheep producers have moved towards closed flocks and there are notably more wool-shedding Easycare and Exlana types.

Breeds including the Charollais and Beltex are now common, as are initiatives to improve genetics across most breeds; the emergence of the Innovis Aber lines and the Meatlinc has been based on using performance records.

In 1990, the sheep industry was incentivised by ewe headage payments, from £17-£22 a head, and this encouraged scale.

When support policies disconnected from headage, and environmental schemes discouraged flock scale in the uplands, numbers fell to their lowest levels in 2008 and haven’t recovered since.

New regulations have focused on traceability, health, disease and welfare, and include electronic identification, movement reporting, and stricter controls on livestock transport.

Consumer eating habits have also played a part in the reconfiguration of the national flock.

“There are signs the tide is turning, with Covid resulting in an increase in lamb consumption, promotion of lamb in cookery programmes, advertising and promotion by levy bodies,’’ observes Mr Stocker.

The halal market has been growing too.