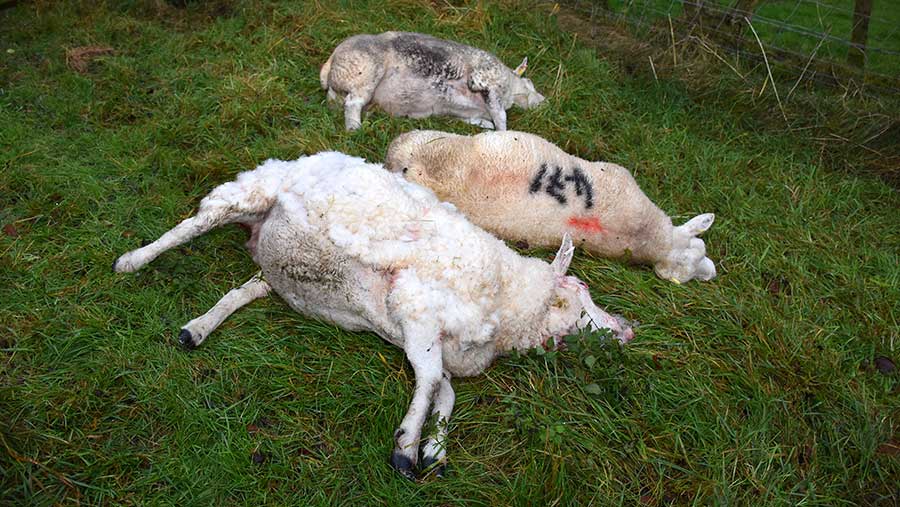 Two large dogs that went on a killing rampage have cost a number of County Antrim farmers thousands of pounds in dead livestock.

Farmers on the Liberty Road near Carrickfergus woke to horrific scenes on Thursday morning (8 November) after the two large dogs, thought to be cross-breeds, had been hounding the sheep all night, resulting in a total of seven fatalities and more to come. 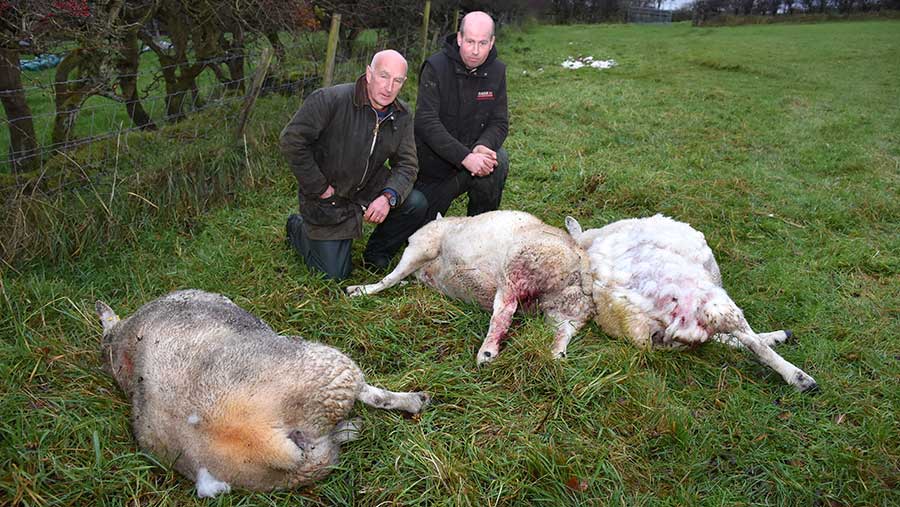 Farmers Michael Buckley, left, and David Hamilton with three of the pedigree in-lambs ewes that died as a result of attacks by dogs © Chris McCullough

Farmer Michael Buckley saw the dogs attacking his small flock of 17 in-lamb pedigree Texel ewes in a field close to his house.

To save his flock he decided to shoot both dogs. One died at the scene, but the other escaped injured.

Five of his prized ewes, a mix of two- and three-year-olds, all heavily in lamb, are already dead. But he fears the others will abort their lambs in the coming days after they were traumatised.

“I feel totally sick,” said Mr Buckley. “The dogs had forced some of the ewes into a corner and managed to kill one and kept on attacking the others.

“Their injuries were so bad the vet had no choice but to put them down.”

Breeding and income ‘down the pan’

The dead sheep have been valued at about £500 each. Ten years of breeding and a year’s income is “down the pan”, he said.

Two neighbouring farmers also lost some sheep in the attacks, including David Hamilton, who found two of his fat lambs dead, with the hide of one completely ripped off.

Both farmers say their insurance will not cover their financial losses – and it will be up to the dog owners to pay them compensation.

Police and the local council warden are investigating the attacks. 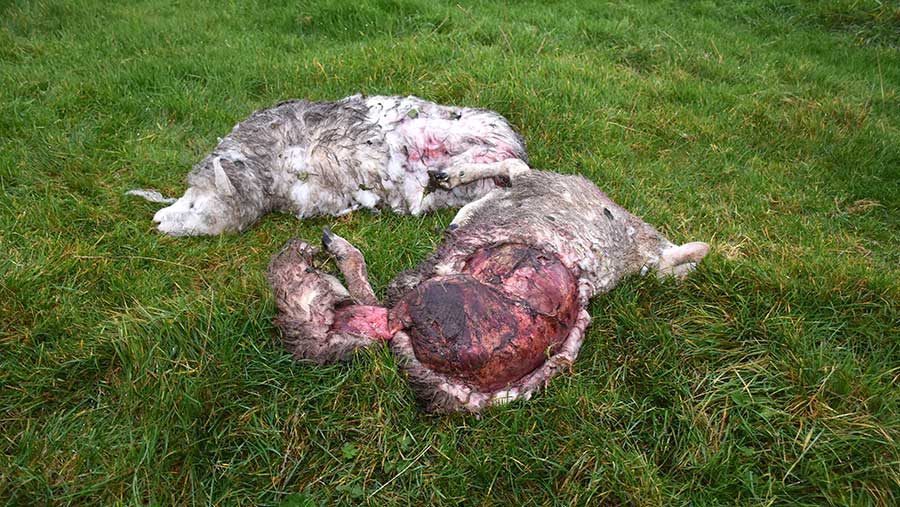