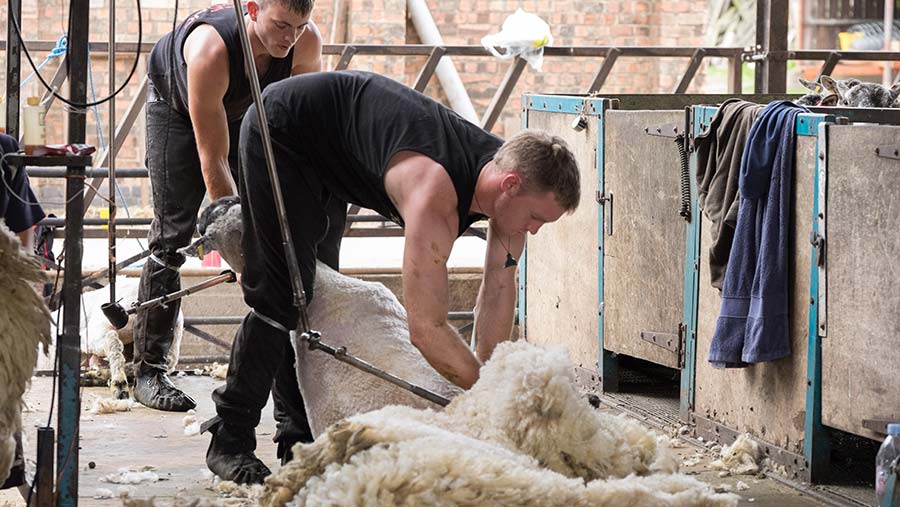 Industry organisations have produced a guide reminding farmers and professional contractors how to handle sheep during shearing to ensure they are not stressed or injured.

The joint guidance, which has been released ahead of this year’s shearing season, comes after animal rights group Peta made allegations of animal cruelty on 25 English farms during shearing last season and released footage of animals being punched.

The guide explains and emphasises everyone’s responsibilities, so that every step – from the presentation of sheep on farm, through to livestock handling and the shearing process – is well-planned, organised and calmly implemented.

It includes advice on:

The Government’s sheep welfare code states that farmers should remove the fleece from all mature sheep at least once a year. This is essential to reduce parasitic infections which cause health and welfare problems for sheep.

Dr Hazel Wright, senior policy officer at the Farmers’ Union of Wales – which co-authored the guide – said it was hoped it would reinforce the industry’s commitment to ensure the highest standards of welfare were constantly met.

Jill Hewitt, technical consultant at the National Association of Agricultural Contractors (NAAC), added: “Shearing is a professional job that takes significant skill. Shearers take their responsibility to protect animal welfare very seriously and it will be a positive step to remind everyone of the importance of working together.”

The guide (pdf) has been produced by the NAAC, NFU Cymru, NFU Scotland, FUW, British Wool, NFU and the National Sheep Association (NSA).