Quality Hampshire Downs met a strong demand selling to a top of 650gns at the breed association’s show and sale in Stirling on 24 May.

The leading 650gns bid was made for the day’s champion, a shearling ram within the breed’s top 25%, by Thorbeck Heineken and out of a Pode Hole-bred ewe from Mrs and Mrs D Middleditch and Son’s St Paul flock, Sudbury, Suffolk. 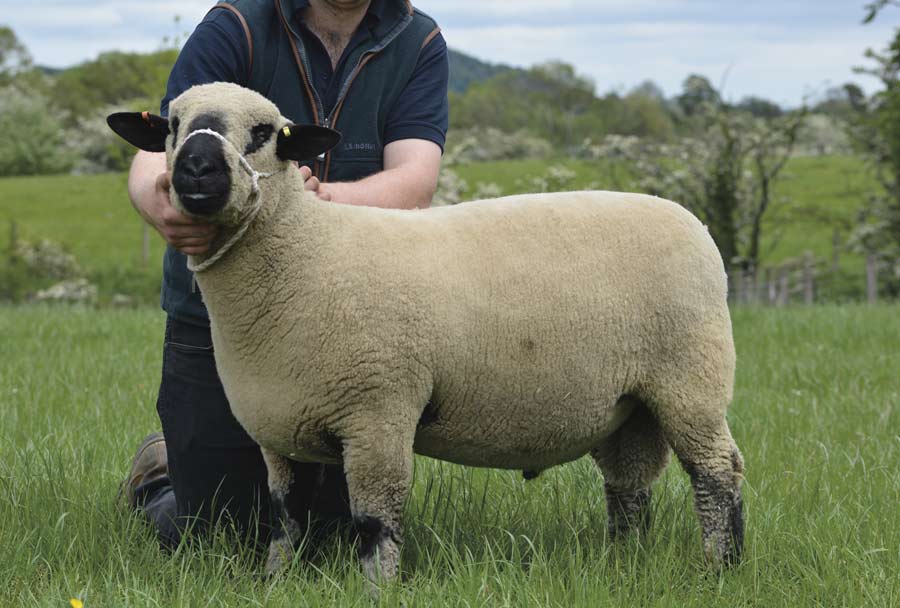 The Middleditch’s success continued in the female ring where they topped the section with a Heineken-sired shearling ewe selling at 520gns to CC and R Dewey, St Andrews, Fife. Another shearling ewe by the same sire went for 300gns to M Steel, Thornhill, Stirling.

The day’s second highest call at 600gns was made by Michaela Cornish, Thirsk, North Yorkshire for a shearling ram by Wattisfield What If from Brand and Son’s Eastfortune flock, North Berwick, East Lothian.

Heading the ewe lamb trade at 500gns was the reserve champion, an entry within the breed’s top 10%, by the home-bred Graylen Haley from Graham and Judith Galbraith’s Grayley flock, Endmoor, Kendal.

The buyer was CT Todd, Ballynahinch, County Down, who also went to 400gns for another ewe lamb from the same breeders, this time by Yarcombe Iceman.

The Galbraiths sold two Iceman sired shearling ewes at 420gns each. The first entry went to A and H Rae, Ellon, Aberdeenshire, and the second to Glass and Robinson, Alford, Aberdeenshire.

Mr McCarthy’s next entry at 420gns was a Yarcombe bred shearling ewe by Westland Fusilier selling to A and H Rae, Ellon, Aberdeenshire. He went on to offer two more entries at 400gns each.