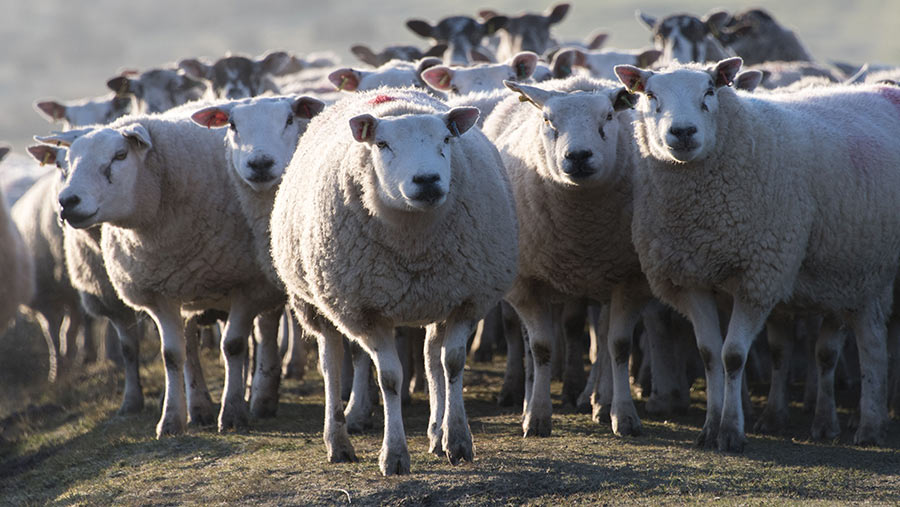 Farmers are being asked to share their views on Enzootic Abortion of Ewes (EAE) to shed light on how they manage the disease.

The disease, caused by Chlamydia abortus, is the most commonly diagnosed cause of abortion in UK sheep and costs the sector up to £20m each year.

The company calculated getting ewes in lamb, supporting the pregnancy, cleaning up after abortion, vet investigations, carcass disposal and veterinary costs or replacement purchases amounted to about £85 a lamb.

Despite this, fewer than 1m of the 3.5m replacement ewes in the national flock were vaccinated last year.

See also: How a farmer cut antibiotics and the cost of sheep abortion

“The point that we, as vets, get involved is after the disease has been brought into a flock by replacements and considerable damage has already occurred,” Dr Lovatt said.

“Once EAE is in a flock, it is incredibly frustrating and expensive to deal with.  Any flock that buys in ewe replacements is at risk of EAE and should be using vaccination to protect the flock.”

A Ceva spokeswoman said the company’s UK-wide survey, as part of its ‘For Flock’s Sake – Vaccinate!’ campaign, aimed to find out more about farmer attitudes to EAE.

Specifically the survey – carried out in conjunction with the National Sheep Association – will assess the on-farm scale and farmer experiences of the condition.  The animal health company also wants to establish the extent of antibiotics use at farm level.

The survey, which takes about five minutes, is available via the SurveyMonkey website.

There will be a prize draw from completed entries, with 20 winners receiving a Cevac gilet.