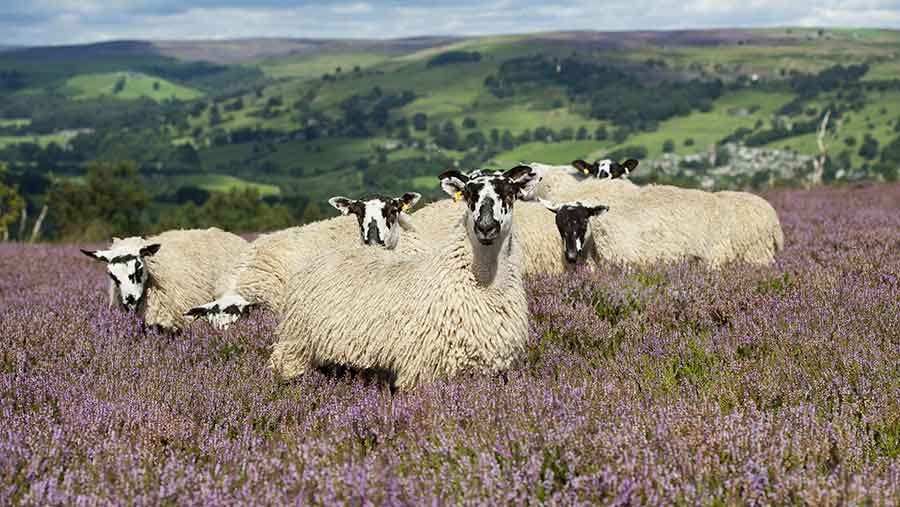 The NFU has accused Defra of sidelining hill farmers after the department announced plans for a £10m project to restore peatlands to their natural condition.

The scheme (see the Defra press release) will be available for wildlife trusts and charity projects to re-wet mosses, bring back missing plants and restore thousands of hectares of upland and lowland peatlands in England to their natural state.

Peatlands cover 11% of England’s landscape, but Defra is concerned that much of this area is in poor condition.

Announcing the project, environment minister Thérèse Coffey said it was part of Defra’s ambition “to be the first generation to leave the natural environment in a better state than we found it”.

But NFU uplands forum chairman Robin Milton said he was “very disappointed” that Defra had decided to announce the plans without a proper consultation with the farming industry.

Mr Milton told Farmers Weekly: “If you are indulging in a re-wetting exercise that is directly impacting on reduced stocking, use of commons and sheep numbers on moors, you are going to have a direct effect on that farming and that social and cultural approach.

“You won’t be maintaining farms in those areas. They are not going to be viable. I think there has to be some wider recognition of the wider rural impacts of this type of approach.”

Mr Milton warned that by specifically targeting one area for restoration, it may create unforeseen consequences in other areas, such as soil compaction, or increased nitrogen use on areas of “in-by” land to grow more grass to keep sheep there.

“You may have changes in types of sheep. You may also lose some breeds that are hefted to moorland areas,” he added.

Mr Milton said he was disappointed that the people who were most affected by these plans – farmers and landowners – had not even been considered.

“Farmers recognise the value and attributes of these landscapes better than anyone and it would seem reasonable to ensure they are properly recognised for their contribution to restoration projects where they can be facilitated appropriately.”

Funding will aim to increase the capacity of peatland to prevent carbon entering the atmosphere, reduce flood risk by slowing the flow of rain water and create habitats for vulnerable wildlife.

Grants will be available for three years from April 2018 as part of Defra’s £100m of capital funding for direct investment in projects that support the natural environment. More details, including how to bid for grants, will be provided when the scheme opens for bids in May.

Value of hill farming in the uplands