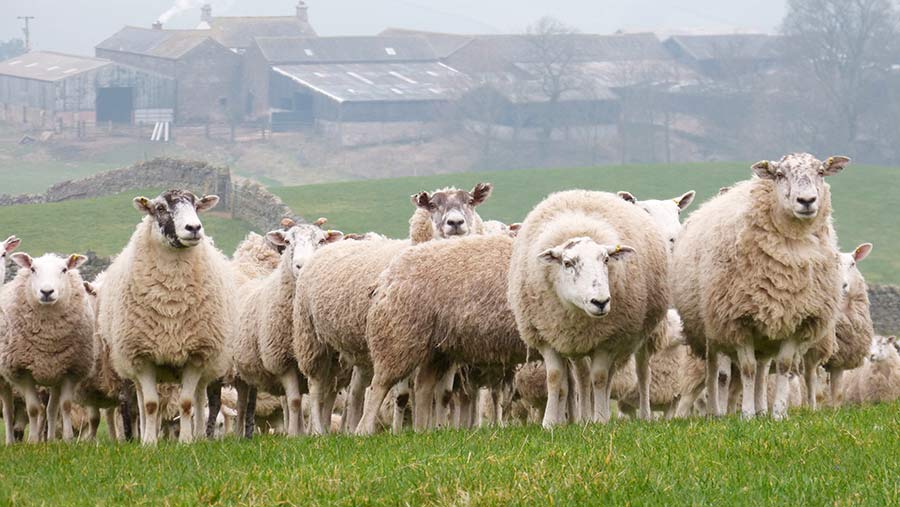 A complete change of mindset has seen a Cumbrian farm halve variable costs a ewe tupped from £34 to £16.53 in just five years.

Paul and Nicola Renison moved to Cannerheugh Farm, Renwick, in the summer of 2012 and have been trying out new ideas ever since.

In a good year, the Renisons can now spend nothing on fertiliser and feed, instead relying purely on homegrown forage and composted muck from a dairy heifer rearing enterprise.

Even in last year’s challenging conditions, grassland inputs amounted to just two tonnes of fertiliser and feed costs were £3,200 for turnips and concentrate.

“Some years we look at the accounts and see zeros for fertiliser and feed,” says Mr Renison. “Last year was hard, however, and we needed to buy feed to get through it.”

See also: How a farmer reduced prolapses with a self-feed silage system

Mr Renison, who is from the Wirral, first cut his teeth in shepherding in the Lake District, becoming a farm manager in Patterdale on the Matson Ground estate.

He then continued farming traditionally at Cannerheugh. Sheep were set-stocked and fed bagged cake for six weeks pre-lambing.

The Renisons lambed 400 sheep in 2013 and built flock numbers up to 1,100 head by 2015, with Swaledale ewes lambed outside in April and the crossbreds lambed inside in March.

However, with a mortgage to pay, costs were mounting and the Renisons began looking for inspiration.

They garnered a wealth of knowledge from Northumberland farmers Duncan Nelles and Alan Cowan, US farmer Joel Salatin, and Richard Perkins, who farms in Sweden.

A rotational grazing system was started in 2015 after a wedge of grass had been built up on one area of the farm. Most of the rotation is done on two- or three-day shifts.

The wedge was divided out according to a basic budget, apportioning ewes with 1.8kg of DM/day or 2.5-3% of their bodyweight (65-72kg ewe).

Using electric fencing and 13 shelter belt/woodland corridors, the farm’s 24 fields were divided into 50 paddocks, with most paddocks being 1.2ha in size. 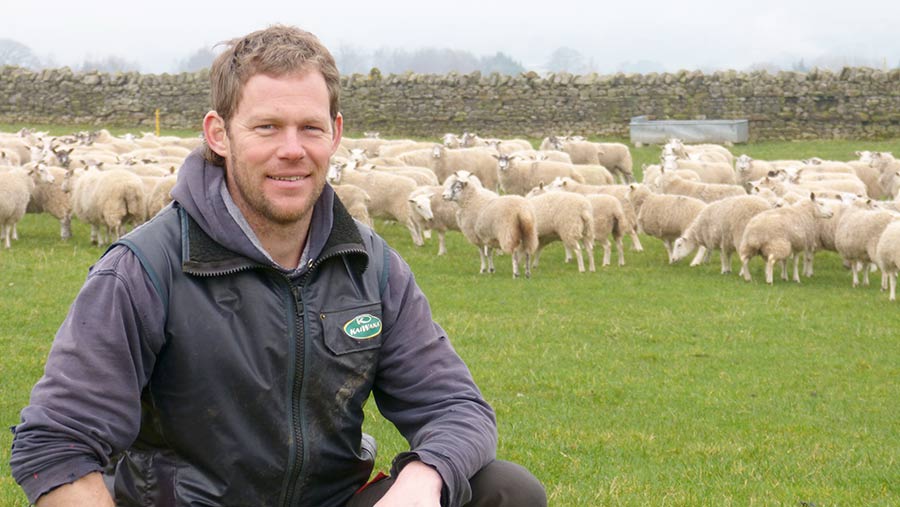 Stewardship money and the Woodland Trust have helped with woodland corridor and hedgerow shelterbelt creation, which provides ewes with shelter when lambing.

Blackthorn, hawthorn, dog rose, holly, field maple and beech are grown to shelter ewes from the fierce “Helm wind” – thought to be the only named wind in Britain.

With every paddock requiring water and electric fencing, the farm invested about £15,000 in grazing infrastructure over four years. Sheep are now only set stocked for a month at lambing.

A key part of the grazing policy is the “golden 20 days” in November when ewes are tupped on cell grazing for 20 one-day shifts.

This reduction has been helped by faecal egg counting between June and September. Lambs are now dosed only when necessary.

This year the flock scanned at 174% with a 2.5% empty rate. Lambing mortality in the outdoor system is 12-13% on average, compared with 7% indoors. 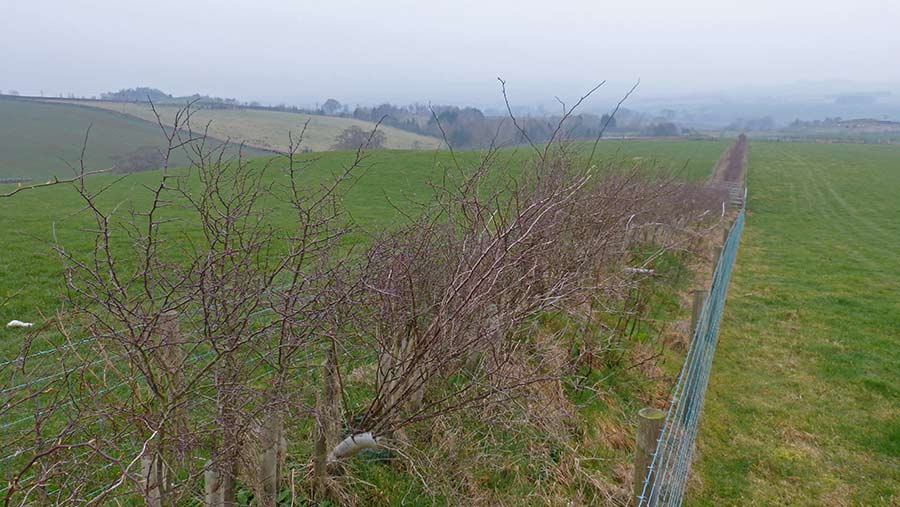 Lambing ewes are checked three times a day. One or two ewes and lambs are typically brought inside each day for 24 hours as needed.

Shelterbelts are essential for the Renisons’ outdoor lambing system and ewes often head for them when getting ready to lamb to protect their offspring.

The plan is to convert Cannerheugh to an organic farm run with a holistic mindset. This will mean running a more varied livestock population and will start with improving soil health.

“We hope this puts the farm in a better state overall,” says Mrs Renison. “Each year the farm will be grazed 50:50 between sheep and cows, alternating each year.”

Pasture-fed chicken systems are under trial. Broilers were tried last year and will be followed by layers  this year.

Birds are fed corn and moved daily around fields, following cattle on pastures.

Deferred mob cattle grazing will be started on rough hill ground on a rotation, as part of Higher-Level Stewardship.

“I want to further improve the organic matter levels in our red sandy soil and do all grass wintering,” Mr Renison explains. “Going forward our mantra is a pasture-based mixed farming business.”