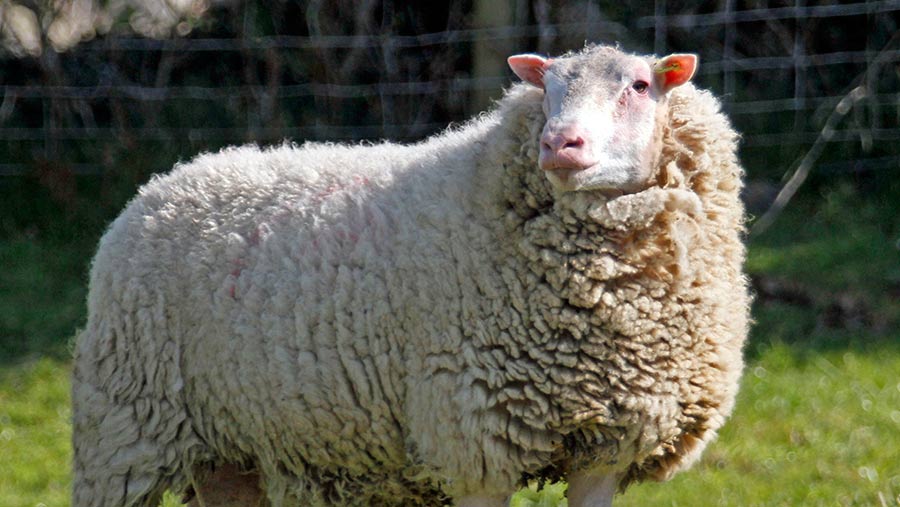 The sheep enterprise at Glynllifon Agricultural College has undergone radical change as it braces itself and its students for the uncertainty that lies ahead post Brexit.

Farm manager Rhodri Manod Owen has implemented lower-cost enterprises at the 283ha farm to demonstrate to the college’s 100 full-time agricultural students how they can navigate a new era of farming without subsidies.

“It’s a commercial farm that has to pay its way. We knew the writing was on the wall and we had to look at our costs. The industry is in a challenging era at the moment. It’s not the end of farming – it’s the beginning of a new era,” he says.

Making the best use of grass has been an inherent part of his revision, which has seen the college switch from buying in cross-bred Welsh Mules to running a closed flock of 550 Lleyn ewes. 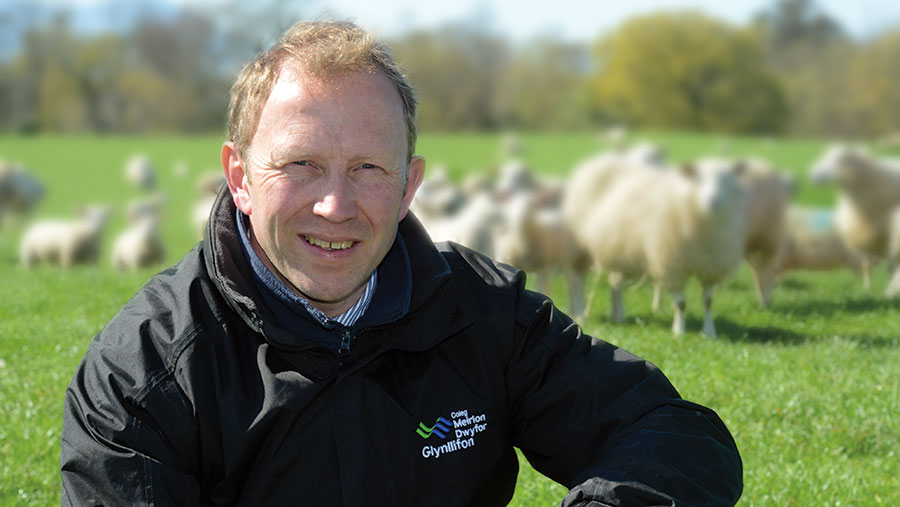 “We have plenty of rain and there’s scope to gain more efficiency from the system. We can’t do anything about the market, but we can do a lot on the farmyard and that’s where we are concentrating our efforts in the classroom,” says Mr Owen.

He believes the college is well poised to take advantage of lower-cost, forage-based systems due to its climate and good grass-growing capabilities.

In the past five years, the college has been concentrating its efforts on embracing new genetics to make best use of forage and reducing its reliance on bought-in feed.

On the dairy side, the pure Holsteins have been phased out in favour of cross-breeding and Stabiliser genetics are being used in the traditional Welsh Black herd.

The sheep enterprise – genetics and breeding

The Lleyn breed was favoured at Glynllifon because of its versatility and its ability to produce lambs that can finish off forage.

Currently, the flock is lambed indoors to provide the students with practical experience, but Mr Owen says the genetics are now in place to give them the option of moving to outdoor lambing in the future.

“It’s very difficult at the moment to know which way to point the farm. We put in a ewe that could rear lambs off grass with no hard feed. We are preparing for the worst and hoping for the best. We’ve put in genetics that can handle change.”

To keep lambing compact, teasers are used for two weeks. Lambing starts in the first week of March and they operate a strict selection policy when it comes to choosing replacement ewe lambs.

They have to be either a twin or triplet, born unassisted and out of an easy-care dam that has plenty of milk and no mis-mothering vices.

To avoid overcomplicating things, Mr Owen says they’ve simplified the recording process in recent years and rather than use full EID, lambs are ear-notched instead.

Providing they hit 40kg plus by the autumn, ewe lambs are mated.

This year, for the first time, they have tried French-bred Charmoise rams on the ewe lambs, with promising results to date.

Few have needed assistance at lambing and lambs are vigorous, adds Mr Owen.

To support the evolving genetics and finish stock off forage, last year the farm established a 20ha techno-grazing platform that has seen seven fields sub-divided into 120 cells using three lanes.

Stubble turnips and kale brassica crops have been introduced into the crop rotation for outwintering cattle and ewes. 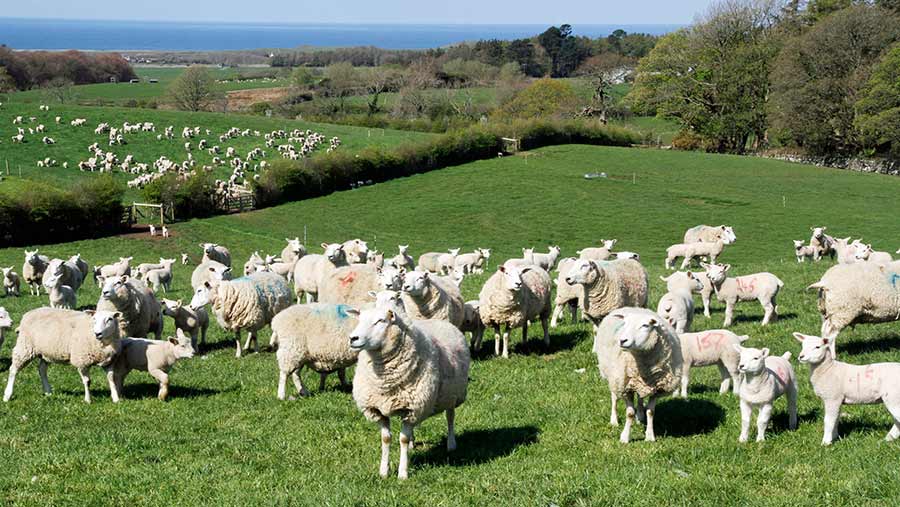 To reduce worm burdens, cattle and sheep are being rotated onto different lanes annually.

Sheep are turned out onto the area post lambing and are initially given a bigger area to prevent mis-mothering.

As the lambs get older (about one month old) and get used to the electric fence, they will be tightened up into cell sizes of 0.13ha, with stocking rates in excess of about 23 ewes and lambs/ha.

“The whole idea is to grow more grass,” says Mr Owen, adding he saw a huge difference in pasture quality after just the first season because the animals grazed out the weeds.

In fact, he was so impressed that they are currently converting another 28ha block. The only disadvantage, he concedes, is it can be unforgiving on the sheep, with animals exposed to the elements due to having no shelter in cells.

That’s something they may have to look at in extreme conditions where cells have no hedgerow protection.

Lambs are weaned at about 11-12 weeks of age, with some being sold straight off the ewe. The majority are sold to Dunbia, averaging about 18.5kg deadweight at a target R+ grade, with fat covers consistently hitting grades 2 and 3.

Any remaining lambs that don’t hit higher weights are sold as stores in an attempt to get everything gone by the end of August.

The flock has been in a period of transition, as Lleyn ewe numbers have been built up. Therefore, this year was the first they were able to use terminal sires.

Mr Owen hopes this will mean they produce heavier lambs and sell most deadweight to maximise returns.

Key performance indicators are set annually. The flock is still very young after being in a period of transition, but the long-term goal is to lift lambing percentage from 175% to 200% as the flock matures and rear 170%+ instead of the 145-155% being achieved now.

“Reaching these targets will take another two years, but we are certainly moving in the right direction, with only twin and triplet ewe lambs from unassisted lambings retained for breeding.”