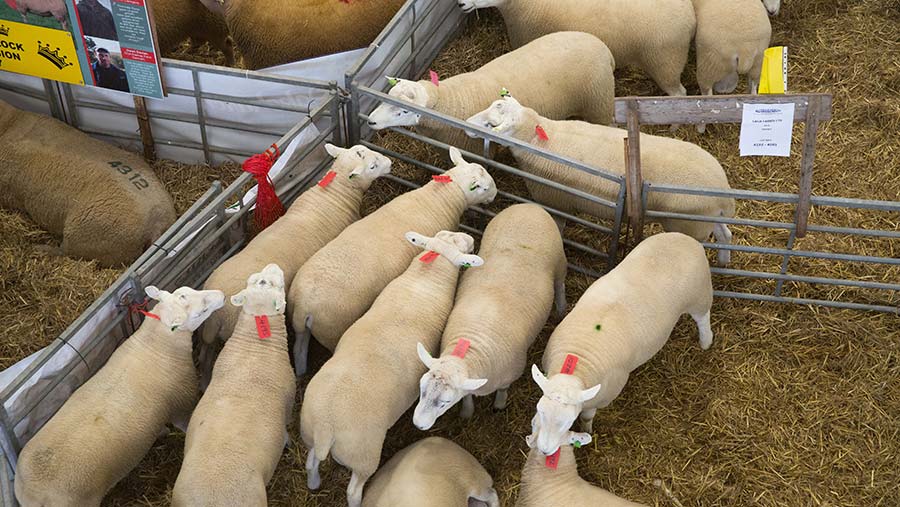 Trade at livestock auctions across Wales is being hit a year after new rules controlling livestock movements were introduced, prompting calls for a rethink.

Quarantine units (QUs) have come under fire for their effect on agricultural shows, but it is now emerging that sales are suffering too.

The National Sheep Association (NSA) had fewer buyers at its annual ram sale in September, partly because breeders without QUs, who had ewes entered for sales the following week, could not bring rams onto their holdings.

And the NSA auction had a knock-on effect on trade at the Mule sale in Brecon days later, with entries halved compared with previous years.

John Eirian Davies, an auctioneer with Bob Jones Prytherch (BJP) and Co, said it was time for a rethink, not only on the future of QUs, but the need for six-day standstill rules.

“It has been 11 years since the last outbreak of foot-and-mouth. With the farming systems we now have in this country, the six-day rule is an unnecessary encumbrance,” he suggested.

Mr Davies said the Brecon Mule sale was just one example of how trade was being directly jeopardised by QUs. “This is happening at sales across Wales,” he said.

QUs were launched in September 2017 as an alternative to the six-day standstill rule and cost farmers between £173 and £245 every 18 months. There are currently 137 such units in Wales.

Wales previously had a system of approved isolation units at no cost to the farmer.

As expected, QUs took their toll on agricultural shows in 2018, with fewer livestock entries and, in some breed categories, no entries at all.

It is understood that the Kerry section at Oswestry Show was abandoned because breeders collectively decided to exhibit at a show taking place within the following six days.

The Welsh government insists that the six-day rule remains important in keeping diseases out of Wales.

How well are the movement restrictions working?

The Royal Welsh Agricultural Society (RWAS) has sent a questionnaire to all shows across Wales and the Borders to assess the situation around QUs and the six-day standstill rule.

“With exhibitors torn between supporting community-led shows and the larger-reaching events, both types of events are suffering greatly and, with livestock at the heart of all agriculture events within Wales, the regulations are having a detrimental effect,” said a spokesperson.

The feedback received will be presented to Wales’ chief vet, Christianne Glossop, for consideration.

Meanwhile, the government is also conducting a “milestone review” of the QU scheme.

“This will focus on the current operational rules and requirements of the scheme and will provide us with an understanding of how QUs are functioning in the rural community,” said a government spokesperson.

“We will also be holding a stakeholder event with key show and union officials to gather feedback from the farming industry.”