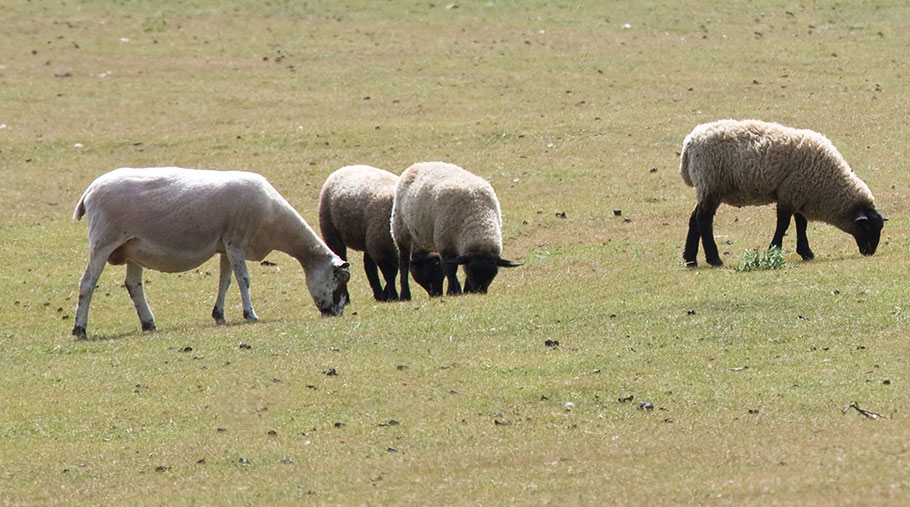 Sheep are still at risk from worms and nematodirus despite the hot weather, according to reports from across the country.

Keith Cutler, a vet with Endell Veterinary Group in Wiltshire, said he has seen a lot of sudden onset diarrhoea in lambs caused by worms including nematodirus in recent days.

“The long dry spell has caused the nematodirus larvae and gut worm larvae to burrow deep into the roots of the plants.

“However, now we have had some rain and mixed with the warm weather the larvae have woken up leading to sudden onset diarrhoea.”

“Although lambs are older, they may still not have full immunity to nematodirus so are at risk,” he said.

Mr Cutler advised treating animals at risk or where there is a noticeable problem to prevent condition loss.

High challenges from gut worms are also being reported from farms involved in the Zoetis Parasite Watch Scheme. Some farms in the South West have seen levels more than double the treatment threshold of 250 eggs/g.

“When we took the sample, the stools looked like Maltesers, so I didn’t suspect worms. However, the count came back with a high worm challenge. It shows you can’t tell just by looking” Neilsen Gillard, Somerset sheep farmer

Mr Gillard said he didn’t suspect worms in his group of 85 ewe lambs at all.

“When we took the sample, the stools looked like Maltesers, so I didn’t suspect worms. However, the count came back with a high worm challenge. It shows you can’t tell just by looking.”

Despite Mr Gillard only reporting 20mm of rain throughout June and July, worms are still an issue.

This is because sheep are grazing the grass more tightly so are picking up the worms that have buried themselves down into the root of the plant.

Zoetis vet Dave Armstrong explained the worm lifecycle can also become shorter in warm weather so there is less time from the egg hatching into infective larvae.

He added: “Just because we’ve had warm and dry weather the risk hasn’t gone away. If the worms in the ewes are still producing eggs what we are seeing is a shorter time between those eggs developing into the infective larvae. Thus, there may be less time between treatment and infection.”

Dr Armstrong suggests a mid-season dose may be necessary where worms are a problem.

Treatments should always be planned with your vet or suitably qualified person, he added.