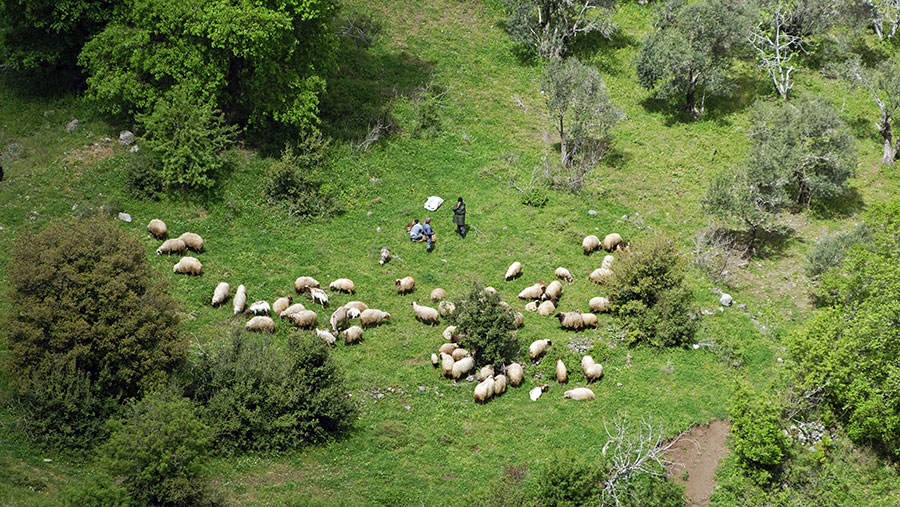 A farmer has trained his sheep to associate food with a drone in a labour-saving initiative.

Shropshire farmer Wojtek Behnke has been flying a drone over his sheep immediately after providing feed to entice them to follow the drone.

The pioneering work follows anecdotal reports from New Zealand farms that found efforts to herd sheep with drones ran out of steam when the sheep realised the drone was not a threat.

Some farms have added speakers to drones emitting dog bark noises, although this strategy has also been reported to stop working after a while.

The theory behind the pioneering work, in partnership with Harper Adams University (HUA), is that the system uses positive reinforcement rather than fear, explained Mark Rutter, HUA professor of applied animal behaviour.

A classic example of positive reinforcement is “Pavlov’s dog”, where a dog was trained to salivate at the sound of a bell.

In the Shropshire trial, the sheep have already started associating the drone with being fed.

What are the rules on drones?

Prof Rutter said: “Learning to ignore things that aren’t a threat is a very important function in the evolution and development of animals; you can’t be scared of everything, as you’ll end up doing nothing.

“You therefore quickly learn to filter out what the genuine threats are and what things you can ignore.”

He added that a noise or signal would need to be added to the drone to indicate food, so the drone could also be used for monitoring purposes.

Prof Rutter stressed that sheepdogs will remain important in the future and people will still be needed to work stock and manage the land.

Key instances when dogs would be needed include when fast responses are needed and when sheep won’t respond to positive reinforcement.