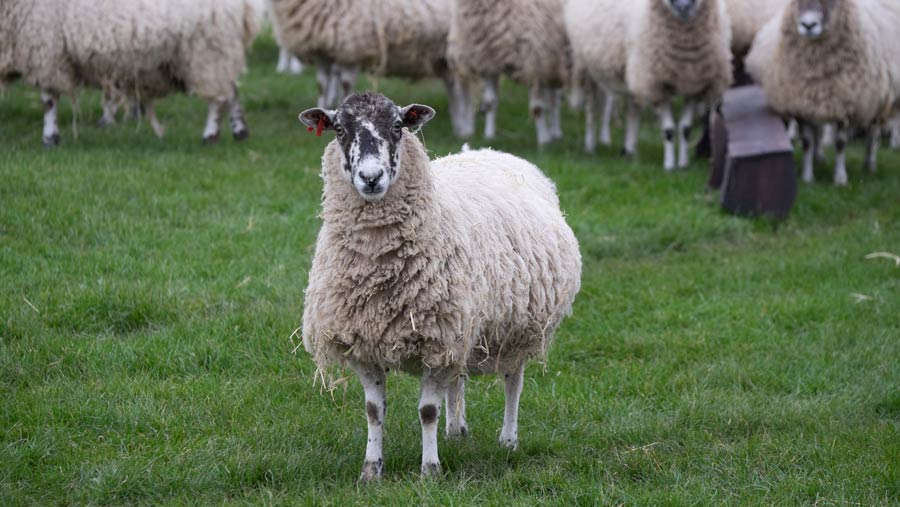 This is the latest advice from the Sustainable Control of Parasites in Sheep (Scops) group, which is urging farmers to leave a minimum of 10-20% of ewes untreated in each group if possible.

Previous guidance said high litter-size ewes were more likely to shed eggs, but Animal and Plant Health Agency research in 2018 found that twin- and even triplet-bearing ewes in good condition have a strong enough immune system to resist the PPR.

The research found that a lowland sheep over a body condition score (BCS) of three can be left untreated.

Independent sheep consultant Lesley Stubbings of Scops said: “The rationale behind treating a ewe is that it removes the worms in her gut and hence the number of worm eggs contaminating the pasture.

“The problem is that this can be very selective for resistance. The good news is we know not all ewes exhibit the PPR so, if we can identify these and only treat the ones likely to put out the most eggs, we can reach a practical solution.”

Low BCS ewes are more likely to suffer from a spring rise when immunity relaxes about two weeks prior to lambing and up to six weeks after, she added.

Use of long-acting moxidectin

Ms Stubbings added: “Previous advice was 10-20% of ewes should be left untreated around lambing to reduce selection pressure for anthelmintic resistance by providing a sufficient worm population in refugia.

“While this is still a standard target, it is clear for flocks where ewes are in good BCS and the diet satisfies nutritional requirements, this proportion left untreated can be increased, with many farmers now only treating a relatively small proportion of their younger and leaner ewes.”