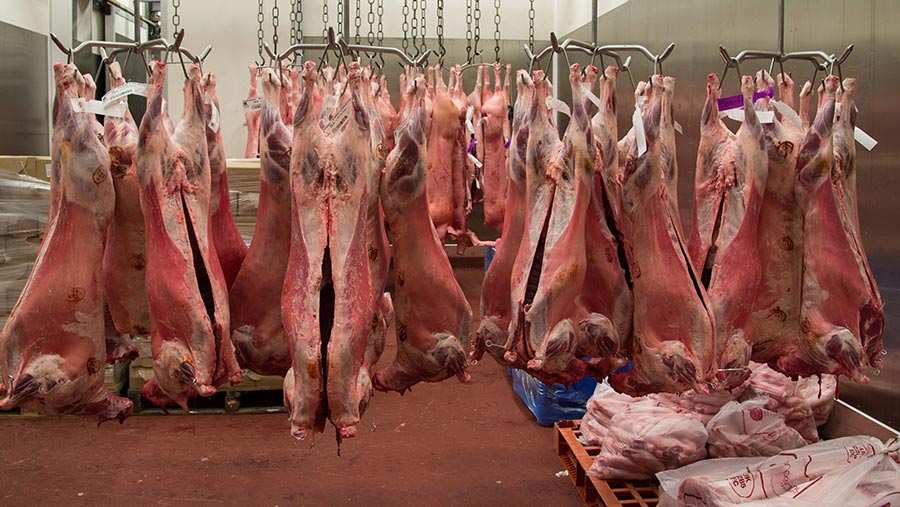 Sheep producers have expressed their frustration and anger that Defra is delaying changes to the rules around carcass splitting that would save the sector up to £24m a year.

Under current Transmissible Spongiform Encephalopathy rules, the spinal cord must be removed if the slaughtered animal is more than 12 months old – a practice that diminishes the value of the carcass by up to 40%.

For many years, this age has been determined by “mouthing” the sheep, to see if its permanent incisors have come through.

But this is time consuming and inaccurate so, following agreement in Brussels last year, it was decided to introduce a simple cut-off date.

This was to be 30 June each year, with any lambs or hoggetts marketed before that date being exempt from having to be split and have their spinal cords removed.

Defra agreed the rule change last November and indicated it would be effective from 30 June 2019.

But it has now told farming groups there will be no change in the rules for the coming season.

According to the National Sheep Association (NSA), this is because Defra is concerned about the effect of introducing this change on the need for the UK to regain an EU third country listing in the event of a “no-deal” or delayed Brexit.

NSA chief executive Phil Stocker said he understood the motive, but he was frustrated that a hand-written guarantee from Defra that the new rules would apply this spring have been rescinded.

“This U-turn this has raised the question of trust in ministers.

“[Former farming minister] George Eustice wrote to me shortly after the referendum, boldly saying that if the EU won’t allow us to change our method of ageing, then this will be one of the first things we will change when we are no longer a member state.

“We are now told that, if we are no longer members of the EU, we don’t have the ability or latitude to make that change.

“Anyone still thinking that departure from the EU will result in freeing agriculture from nonsensical rules and regulations should think again.”

NFU livestock board chairman Richard Findlay agreed it was “unacceptable” that the rule change had been overturned.

“The delay in implementation is a huge setback for the UK sheep sector and Defra’s failure to follow through on its commitment is extremely frustrating.”

But while maintaining free and frictionless trade with the EU was vital, “it should never prevent necessary domestic regulatory changes from taking place, especially when the EU has already indicated it would be happy for the UK to age lambs using a cut-off date”.