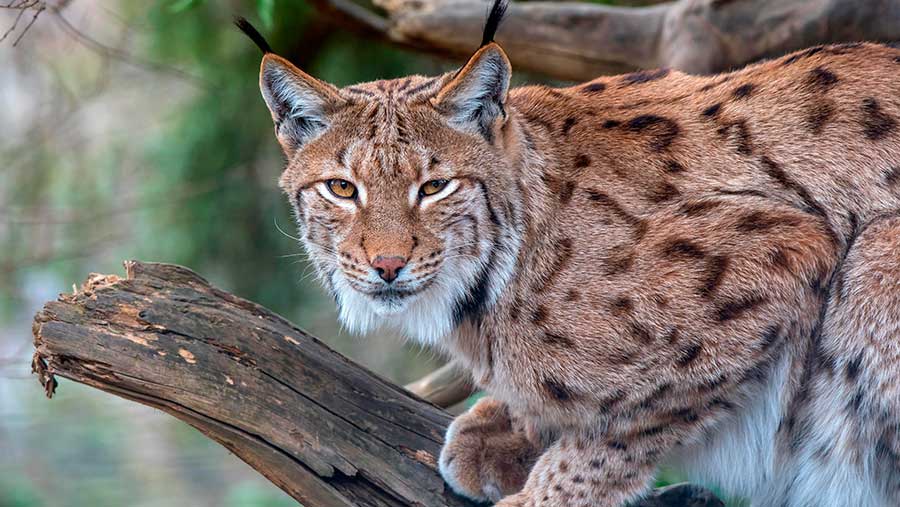 The Lynx UK Trust has confirmed it is pursuing a release licence for the Eurasian lynx in Scotland, despite warnings of the devastation the predator could cause for sheep farmers.

The National Sheep Association (NSA) has criticised the conservation group, which is holding a public consultation next month (9 September) on plans to reintroduce the cats in Queen Elizabeth Forest Park near Glasgow.

This follows an ecological feasibility study with the University of Lancaster to find a suitable habitat, as well as discussions with senior officials at Scottish National Heritage.

The trust was denied a licence to release lynx in Kielder Forest, Northumberland, in 2018 and the NSA has once again sounded a clear warning of the effect the Scotland proposals could have on the sheep industry.

“It is also worth remembering that the cabinet secretary Fergus Ewing has made his disapproval of any reintroduction in the past quite clear, and we will continue to ensure that view is maintained in Scotland.

“Yet another predator to our flocks is certainly not required in these very tumultuous times.”

The Lynx UK Trust said if permission is given, three Eurasian lynx – one male and two females – will be reintroduced in the Queen Elizabeth Forest park for a five-year period.

The cats will wear satellite collars to monitor their movements and will come from healthy wild populations in Europe and be subject to full veterinary screening.

The trust said it hoped information gathered from the lynx would inform plans for a wider reintroduction at additional sites across Scotland.

The trust’s feasibility study with the University of Lancaster concluded that “vast tracts” of the Scottish countryside are suitable for lynx and could support “well over 250 individuals”.