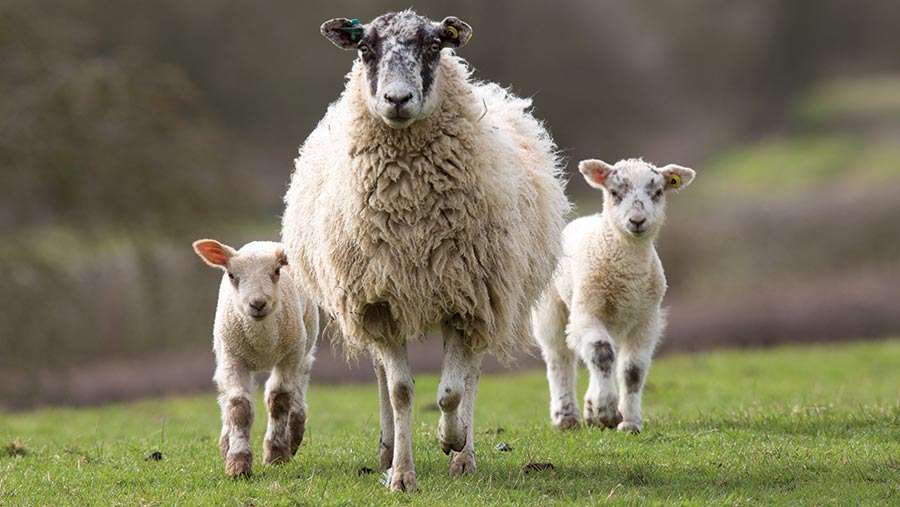 British sheep producers need to address their changing market and consider adopting a system that increases output in order to survive the challenges of Brexit, according to an international consultant.

Bob Abband, who has 25 years’ experience working with flocks in countries such as Saudi Arabia, Dubai and Iran, believes that the UK needs to move away from the more extensive, low-input, low-cost sheep system and chase output.

“I think the structure of the market in the UK, like everywhere else, is changing,” he told delegates at the National Sheep Association South Sheep event on Saturday 8 September.

“I believe sheep farming is a business and should be profitable through high output. People are running after jobs with high pay. I haven’t seen anyone chase prosperity by going on a hunger strike.”

See also: How breeding for prolificacy can increase profit per ewe

Defining output as the number of lambs born, reared and sold, he said that intensive lambing systems could increase output. He also said using more prolific ewes, changing the time of breeding and being strict on replacements could help.

“Don’t compromise production to keep ewes and lambs a long time. The production of a ewe is only about four years,” said Mr Abband.

The three system changes he proposed were:

By synchronising in September/October, producers can get a shorter lambing period and uniform growth of lambs that can be sold at the same time.

The extra costs incurred would amount to £4-5 a ewe, but these costs can be offset by the advantages, Mr Abband said.

2. Advancing lambing to December by synchronisation

By moving lambing to December, producers can target the peak price period for sale. December lambing, for farms that can support indoor lambing, is the quickest way to improve their income, Mr Abband reckoned.

“Between April to early June, you can fetch the highest prices,” he advised.

Working on a system of lambing every eight months can maximise the production of the ewe and increase gross margin by about 40%, Mr Abband said.

Based on a gestation period of five months, lactation for two months and one-month break, ewes can produce three lamb crops in two years.