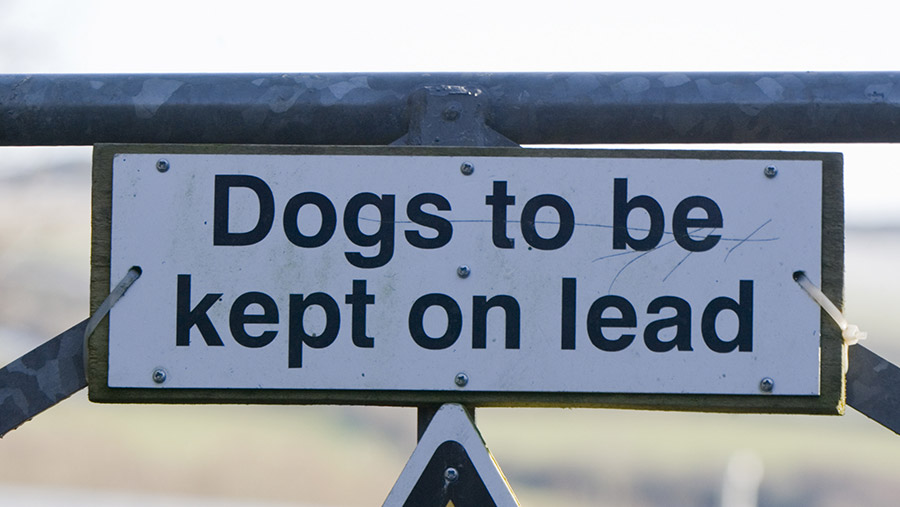 Police in North Wales are appealing for information after two “sickening” dog attacks on sheep flocks, which have left a number of ewes and lambs dead.

The latest incident in Cerrigydrudion on Saturday night (9 February) resulted in six in-lamb ewes being ripped apart by an unknown dog or dogs.

Guess what? Yes you guessed it?

This is totally preventable and of course the irresponsible dog owner stays silent!#sosad pic.twitter.com/5Hm9NaJ7Eq

The owner has not come forward and Rob Taylor, North Wales Police’s rural crime team manager, appealed to the public for help.

“It’s never-ending, isn’t it?” said Mr Taylor. “It’s an unknown dog and the dog owner has not come forward and is staying silent.

“We are left with devastation again and more sheep torn to pieces, which is completely preventable.”

In a separate attack, between 2.30pm on Tuesday 5 February and 3pm on Wednesday 6 February, eight lambs and one sheep were mauled to death by dogs in Llanynghenedl, Anglesey.

A harrowing black and web photo of the lifeless lambs lying dead, alongside the words “The Silence of the Lambs”, was published on North Wales Police’s Twitter site (@NWPRuralCrime).

"The Silence of the Lambs"

Your Dog, Your Responsibility #sad pic.twitter.com/sJ70wVuxfv

Officers appealed for information and they urged dog owners to wake up to their responsibility and keep their pets on leads in the countryside.

Meanwhile, Mr Taylor said he and his team had been in discussions last week with MPs at Westminster, Defra officials and senior lawyers to push for changes to the Protection of Livestock Act to toughen laws around dog ownership and livestock worrying attacks.

“It’s been a five-year journey, but we really hope we can get this law amended and get it changed for 2019,” he added.

“Let’s make a big difference in protecting dogs, livestock and also our farmers. It’s a huge issue, but we really think there’s a flicker of light at the end of tunnel.”