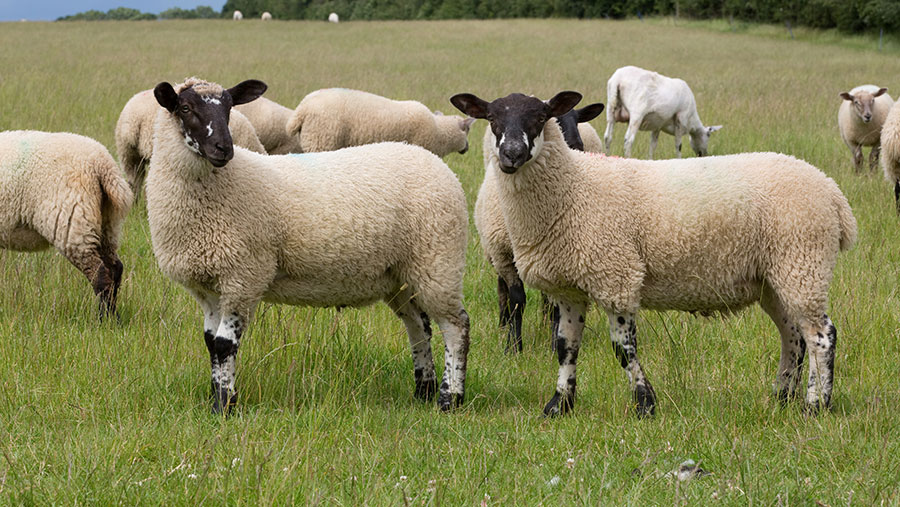 Vets have warned sheep producers to protect store lambs against pasteurellosis, which sees a spike in the number of cases during the autumn.

“Last autumn, pasteurellosis was the most common cause of death in lambs,” said Dr Waine, who is working on a project jointly funded by the AHDB and MSD Animal Health.

See also: How to protect your flock from clostridial diseases and pasteurella

“As part of the project, I collate the information from Farm Post Mortems Ltd on diseases that have been seen over the previous three months and produce quarterly reports.

“We also talk to vets and farmers who have submitted dead stock  to try to establish why losses have occurred,” she added.

Farmer feedback suggested lambs had not been vaccinated at all or had not been given the second dose four to six weeks later, which is needed to prime effective immunity.

Post-mortems also pointed to additional factors that may have contributed, such as high worm burdens and trace element deficiencies.

Pasteurellosis is a devastating condition affecting sheep of all ages. It is one of the most common causes of mortality in sheep. It is most often associated with stress. The disease is of considerable economic significance and incurs substantial treatment costs.

Many factors, including stress and management, play a role in the development of the disease. The most important infectious agents involved are bacteria including Mannheimia haemolytica, Bibersteinia trehalosi and Pasteurella multocida.

It can be triggered by many factors, such as worm burdens, change of diet, border disease, trace element deficiency, adverse weather or overstocking, Mr Strugnell suggested.

“Autumn has always been a significant risk period for this disease because of the abundance of these different triggers during the season,” he said.

Mr Strugnell described the peak as concerning and suggested that producers who kept store lambs during this period should talk to their vet or animal health provider about vaccinating them correctly.

“The key message is that it is almost impossible to control the multiple, varied stress-related triggers for pasteurellosis so the best advice is to vaccinate lambs for the whole time they are on the farm.”

He said in many cases this would mean giving store lambs a third booster dose in August/September, so that they were fully immunised in advance of the autumn risk period.

“For those buying store lambs, it is advisable to try to establish that the incomers have had an initial vaccination course (two doses) and then give them a third one on arrival,” he said.

Where outbreaks of pasteurellosis had occurred Mr Strugnell said blood sampling of lambs for trace element status and border disease antibodies should be considered to protect the flock the following year.

He also advised egg counting for fluke and worms should be carried out along with tests on grazing, forage and feed to assess the quality of nutrition.

How to recognise a pasteurellosis infection?

There are two distinct syndromes of pasteurellosis:

1. Septicaemia Generally caused by Bibersteinia trehalosi, this condition is most commonly characterised by sudden death or the finding of moribund sheep. Treatment of affected cases is rarely successful. Outbreaks can be sizeable and result in significant mortality.

2. Pneumonia During an outbreak of pneumonia, mortality in a flock can be as high as 25%. The disease is responsible for the majority of pneumonia in sheep and is a threat to all ages of sheep. Death and treatment costs can easily attain 8% of production costs. To this must be added the costs of reduced stock performance, sub-clinical illness and higher personnel costs. Clinical signs are influenced by the age of the animal, and mortality in young lambs can be very high.