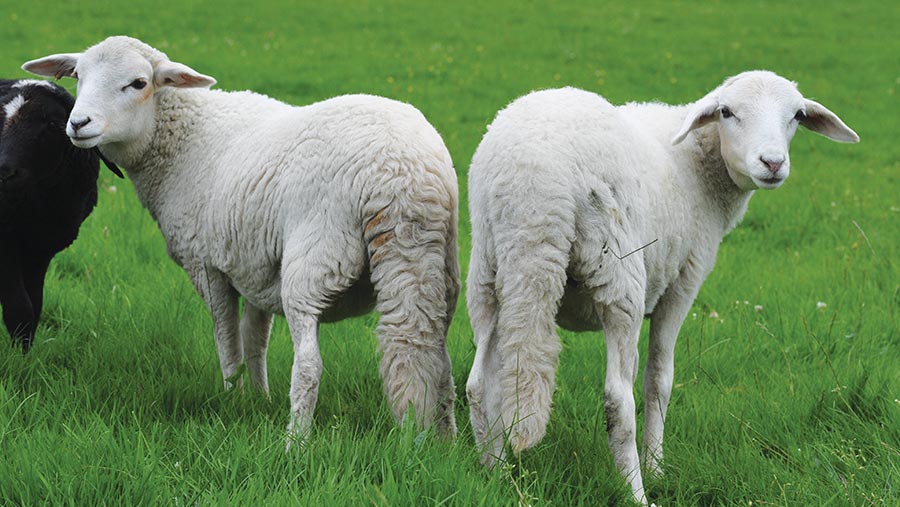 The men aim to grow numbers and supply meat from these ‘fat tail’ lambs to niche markets. They are thought to be the first farmers in the UK to import these genetics.

The Damara breeding programme is being supported with funding and expert guidance through the European Innovation Partnership (EIP) Wales.

The breeding programme is the result of a desire to secure the future of their flocks post-Brexit. Their research with retailers, restaurateurs and abattoirs convinced them this specialty lean and distinctive-tasting meat could appeal to a niche market in some of the UK’s biggest multi-cultural cities.

Damaras, known for their large, fatty tails and hindquarters, cross very easily and there is a big demand for this type of meat in the UK.

Characteristics and advantages of the Damara

By storing energy in their hindquarters, they can thrive in marginal conditions, but have yet to be put to the test in a region with high rainfall.

Mr Williams, who runs a flock of 300 Welsh cross Texel ewes on 60ha (150 acres) on Anglesey, first came across the Damara breed when he managed a large-scale sheep farm in Saudi Arabia. The Damara was crossed with intensively farmed Romney ewes. 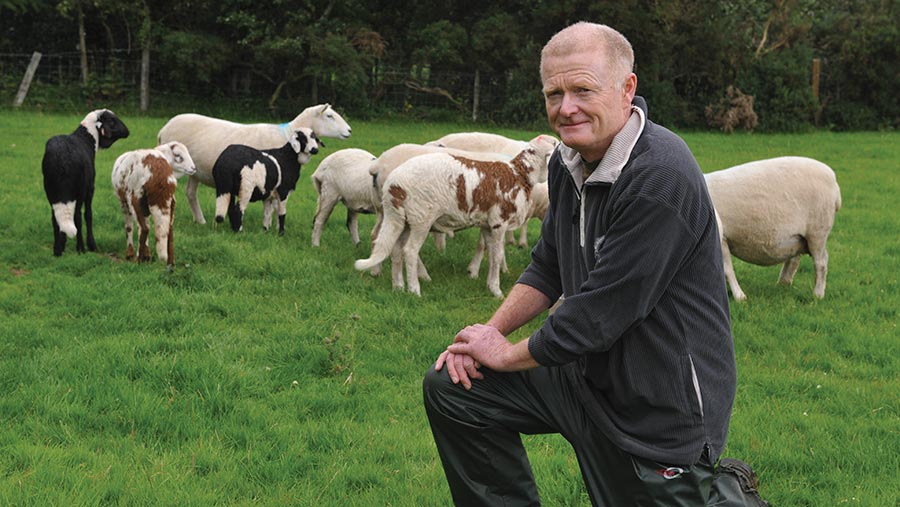 Embryos and semen were sourced from Australia.

Fifteen embryos were implanted into 15 Texel-cross and Romney-cross ewes in December and these produced three female and three male lambs.

Artificial insemination to 50 Texel-cross, Romney-cross and Lleyn-cross ewes has been more successful, achieving a 75% conception rate. Ewes lambed in May and were housed at night and turned out by day.

“The lambs were lively at birth, keen to suckle and on their feet very quickly,’’ says Mr Williams.

Lambs were offered creep feed from three weeks of age. They are now being monitored as part of the EIP project to see how they perform in the Welsh climate – ease of lambing, weight gains and health are being examined and compared to a control group of Texel-cross lambs (see table below).

“At eight weeks they are thriving and coping well with the very varied summer conditions so far,” he adds.

Monitoring will be crucial as the Damara is an African breed which is more common in hot and drier climates including Australia and Saudi Arabia – the name of the breed is derived from the Damara area of Namibia.

Mr Williams says getting purebred fat tail ewes on the ground in Wales will be important for the long-term success of the project.

Most of the lambs will be retained for a breeding programme to build up numbers. Purebred lambs are by two different rams and therefore unrelated sheep can be naturally mated initially. They have more embryos for implant next year and also plan on crossing the purebred rams with Damara cross females to produce three quarter crosses.