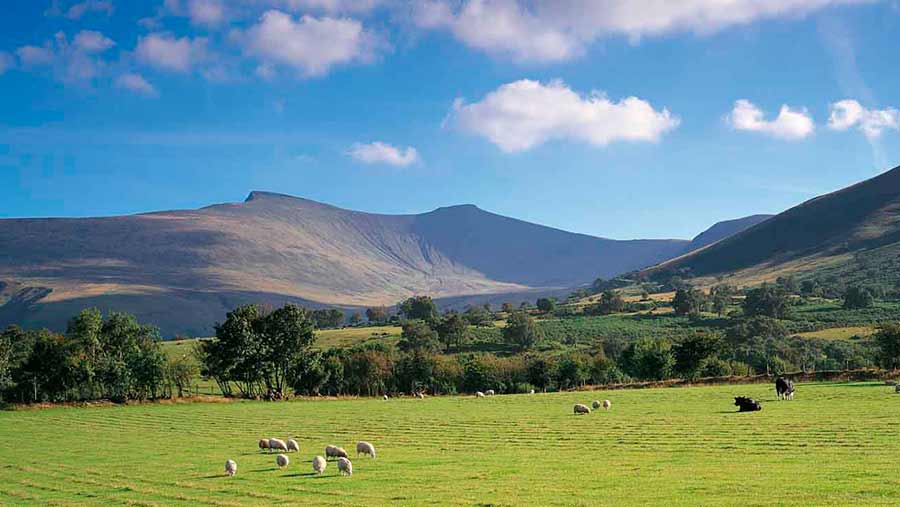 Welsh sheep numbers passed the 10 million mark for the first time since 2002, according to figures released by the Welsh government.

Latest figures for the national flock show a recovery after numbers took a hit when headage payments ended.

This is according to the June agricultural survey, a source of data on British farms since 1867, with Wales accounting for close to one-third of the British sheep flock.

“In many of the farmer meetings I have attended over the past few months, there have been interesting discussions over how the market and industry in general might look after we leave the EU in 2019,” said Mr Richards.

“Independent reports have suggested the sheep sector – which sells one-third of its lamb to EU countries – is one of the most vulnerable to a hard or no-deal Brexit, where tariffs may be imposed on exports.”

He added that Welsh lamb exports have increased significantly this year, although much of this is due to a weak pound.

Fewer cows calved in Wales this year, but more heifers are on the book for the future, perhaps a signal of how sheep farms are preparing for the future by diversifying income streams.

“It seems that some farmers are now looking at their own businesses to see if they can spread risk through either the beef herd or new ventures,” said Mr Richards. “An example of this may be that the number of fattening pigs on Welsh farms increased by 8%.

“Producers may be looking to supplement farm incomes by diversifying into rearing and finishing different types of livestock.”