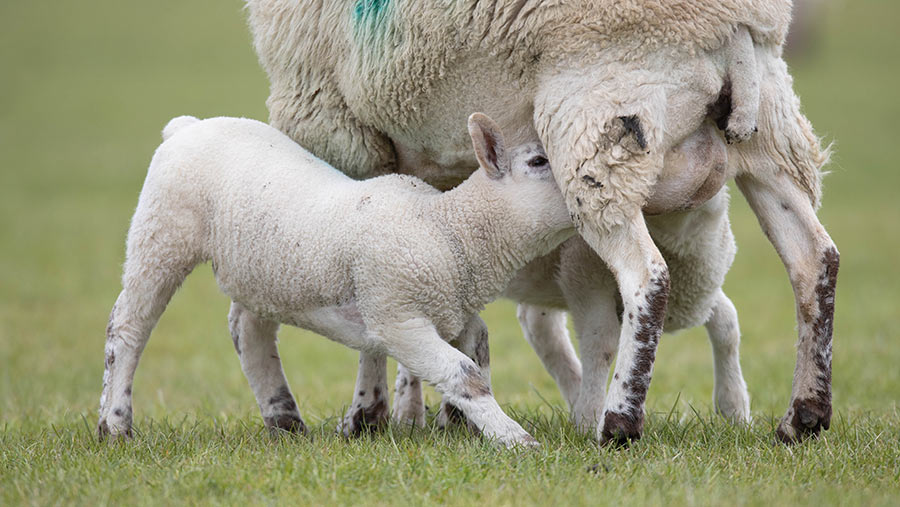 Ovine pulmonary adenocarcinoma (OPA) – or sometimes referred to as “Jaagsiekte” – is a potentially devastating disease to sheep flocks.

One recent study suggested it could be the third most frequent cause of on-farm adult sheep mortality in the UK (after mastitis and liver fluke).

The disease is in all major breeds of sheep, and present in all parts of the UK. Anecdotally, the disease is on the increase, and this will remain the case unless it is spoken about more and work is done to control it within infected flocks and prevent spread between flocks.

However, the disease remains highly underdiagnosed because of stigma or acceptance of ewe mortality without investigation.

OPA causes potentially crippling effects on flock welfare and productivity. Sound biosecurity reduces the risk of it entering a flock, and the advent of scanning lungs as a control method has introduced a practical method of getting on top of the disease within an infected flock.

Vet Ed Hill from Thrums Veterinary Group in Angus advises what sheep farmers can do to prevent and control the virus.

What is OPA and how is it caused?

OPA is caused by a virus that infects sheep’s lungs. Once established, it causes the development of tumours that destroy the normal lung architecture and impair lung function.

Historically, it was thought these tumours grew very slowly, perhaps over a number of years.

However, recent evidence suggests that, while some indeed do grow slowly, their development can be much faster, in some cases growing very large in just a matter of months.

How is the virus transmitted?

Transmission largely happens via the aerosol route when sheep are in close contact. Sheep of any age can be infected, though typically they contract the disease from their mother as young lambs, due to the close contact they share.

The virus can also be spread in colostrum and milk. Close contact such as during trough feeding or housing will facilitate its spread.=

Unfortunately, often the first sign that a sheep has OPA is sudden death. Therefore, a post-mortem (PM) examination is a valuable tool; it is cheap and diseases such as OPA are readily identifiable during a PM.

An early diagnosis may mean it is much easier to control the disease. Mortality can be variable between flocks, but can be as high as 10% in some.

OPA is a classic “iceberg disease” where initially only the mortality is obvious, but the greater impact is hidden beneath the surface.

Other signs of the disease may be weight loss, a soft cough, rapid breathing, and exercise intolerance.

Owing to the weight loss and poor body condition, the flock is likely to be affected in other ways, including reduced scanning percentage, higher mortality at lambing time, poor lamb growth rates, and increased culling percentage.

Can it be controlled once a flock is infected?

OPA can be difficult to control, so preventing a clean flock from becoming infected is vitally important.

The virus is very effective at hiding itself from the immune system, which makes developing diagnostic tests and vaccines very problematic.

It also means buying sheep at low risk of being infected with OPA is challenging.

Maintaining a closed flock has many health benefits, and prevention of OPA is certainly one of them. Where replacement ewes or rams are to be purchased, buying from a few, well-trusted sources will reduce the risk.

Ask your breeder what they know about OPA and if they do anything to prevent or control it in their flock. If you don’t trust their answer, move on.

Can you vaccinate for OPA?

At present, there are no approved diagnostic laboratory tests or vaccines available for OPA. However, the recent development of ultrasound examination of lungs by trained vets has greatly aided control within an infected flock.

Lung scanning involves an ultrasound examination of the parts of the lungs where most tumours grow. It has been proven to detect tumours as small as 1cm, picking up infected sheep long before they develop clinical signs.

False-positive rates are also low in the hands of a trained scanner. By identifying infected sheep and culling them from the flock in a timely fashion, flock mortality and infection rates can be significantly reduced.

An experienced scanner can process 70-100 sheep an hour, making it a very cost-effective option.

What should you do with animals that are OPA-positive?

Positive sheep can be culled and achieve market value, often covering the cost of scanning.

A significant reduction of OPA can be made in a flock over time with a scan-and-cull policy.

Any scan-positive or sheep showing clinical signs should be culled from the flock as soon as possible. It is also advisable not to retain their offspring for breeding.

Electronic identification (EID) tagging will help with this, but practical measures such as keel-marking (painting) the udders of lactating positive ewes will also help identify the lambs of carriers.

How often should you scan sheep?

Frequency of scanning should be discussed with your vet, but many flocks choose to scan annually.

In addition to whole flock scanning, the technique can also be used to screen incoming purchased animals in quarantine to reduce the risk they are carrying the disease.