The January-born Xana Black Magic is by the past stock tup, Sacombe What A Boy, and is out of a Sams-bred ewe by Millend Whirlwind. 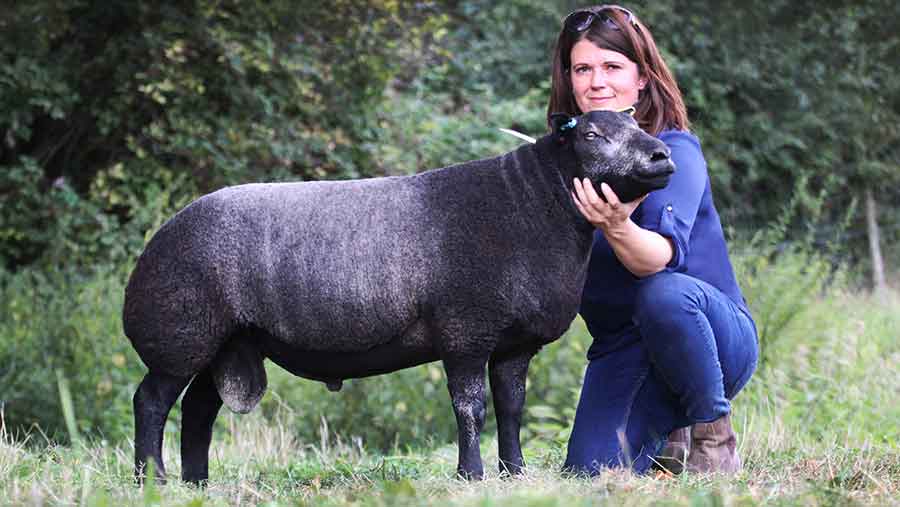 Second best on the day was Beaconsview Bandit from Chris Davies. By Saltire Blue Awesome, this one is out of the Whatmore Wonder daughter, Beaconsview X-ray, a three times interbreed champion. He found a new home with Rhys Cooke, Nantyderri, Abergavenny, at 1,850gns.

Next up selling for 1,600gns was the male and overall champion from the Hackney flock of Paul Tippetts and Christine Williams. This one is by the record priced, 17,000gns Joe’s Alvin and is out of a Whatmore Siren daughter, Hackney Yum Yum. He was also knocked down to Rhys Cooke.