A strong trade across the board was reported at Newark’s English Premier Sale on Saturday (18 March) where bidders from across the UK managed a headline price of 7,500gns and a 96% clearance across 158 lots.

Girlie 22, a Blackford Harvester daughter, sold having been unbeaten in the show ring last year and was the pick of the Lyle family for their Cambus and Viewforth herds, Leven, Fife.

Auctioneer Paul Gentry said once again the sale had delivered strong results for vendors, with well-bred cattle of breeds in demand. “All vendors are to be congratulated on the turnout of cattle and the results speak for themselves,” he added. 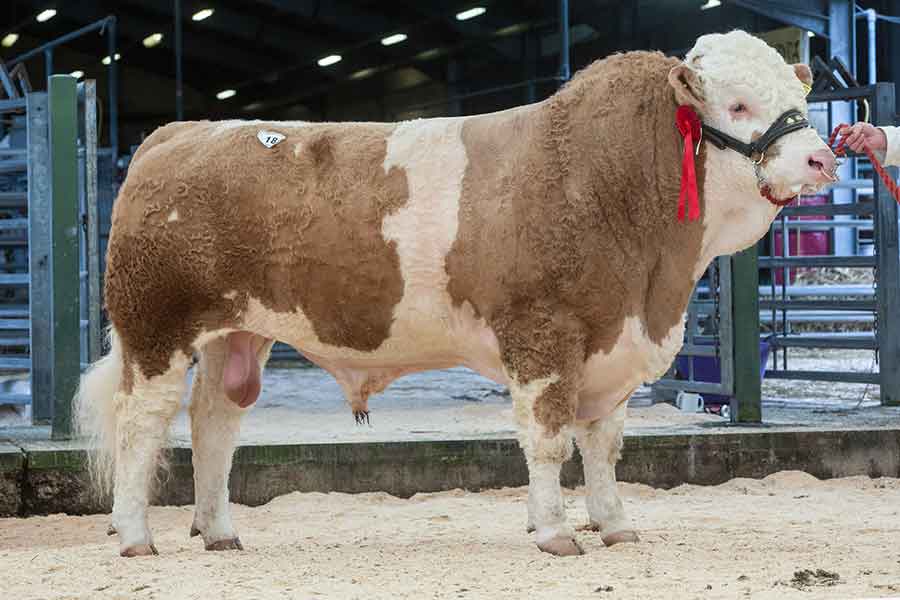 Second best of the day in the Simmentals was a 4,000gns call for the pre-sale champion, Sacombe Gladiator from the Borlase family, Watton at Stone, Hertfordshire.

This son of former Burke Trophy winner Clonagh World Class is out of Sacombe Wanda-Wanse, a Glenturk Nomad daughter. He sold to WR Eales and Son, Peatling Magna, Leicestershire. 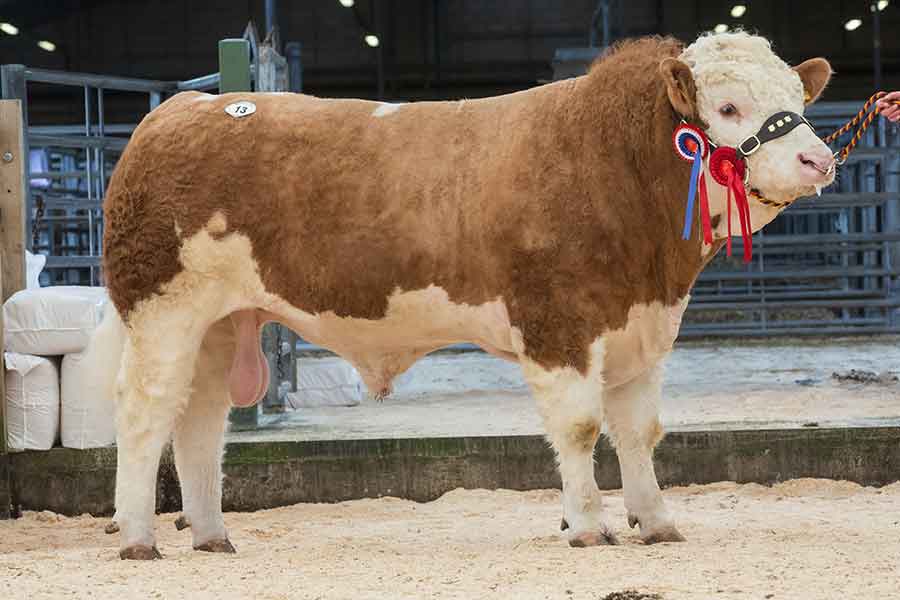 Then making 3,800gns was Burghbridge Gino from CJG Clarke. This Horsfordmanor Bonus son is out of Burghbridge Twiggy, a Strathisla Popeye daughter.

He was knocked down to CF Middleton and Son, Alford, Lincolnshire.

At the same money was Hemingford Gandalf from Messrs Griffin and Arkley, with this Corskie Dreamer son being out of Hemingford Elsie, a Starline Wizzkidd daughter.

He was bought by S and M Thackray, Dewsbury, Yorkshire.

Simmental female prices hit a top of 4,000gns for Thursford Holly 3 from the dispersal of the Thursford herd on behalf of DC Mitchell.

This Blair Rory-sired fifth calver is out of Thursford Holly, a Halenook Lex Scripta daughter and sold with a bull calf at foot by Scotland Hill Cairo. She was bought by David Lowry, Cartland, Lanarkshire.

A select offering of Aberdeen Angus bulls then sold to a high of 5,000gns, with this paid for Shadwell Lord Horatio R802 from Shadwell Estate.

He is a Rawburn Rommel E423 son out of Shadwell Lady Heather M572, a daughter of Netherallan Peter Pershore. This one sold to Rand Contracting, Reed, Hertfordshire. 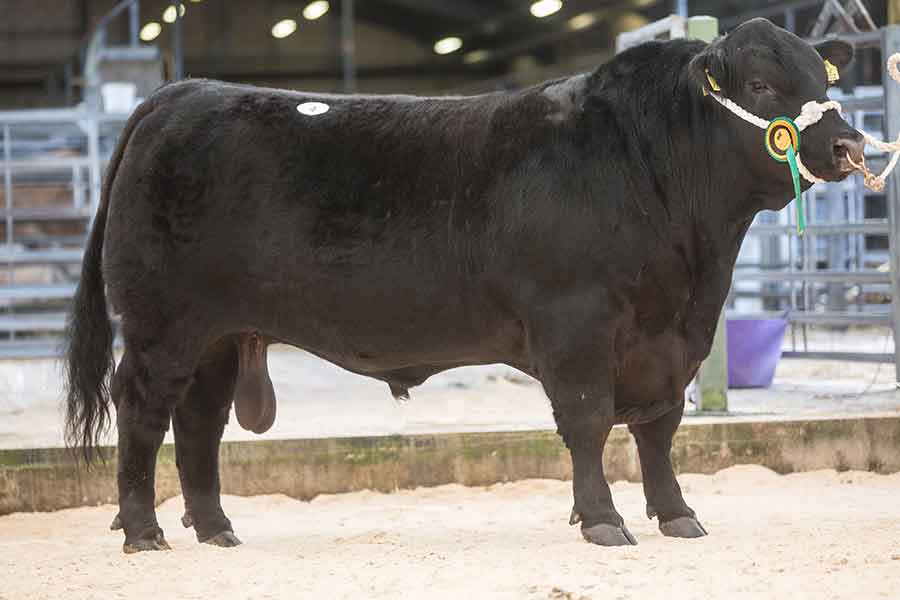 Another from the same vendor, Shadwell Fury R857, an Idvies Eland N596 son out of Shadwell Fleur, another Peter Pershore daughter then sold at 4,300gns. He was bought by Don Parkin and Sons, Gateforth.

Messrs Irwin then sold Bonshaw Patriot R099 at 3,000gns, with this being an Oakchurch Dynamic son out of Top Line Petal J134, a Glympton Brook daughter. He was bought by Hollinshead Farms, Atherstone, Warwickshire.

Heading up the prices in the Lincoln Reds was a 6,500gns call for Foulness Usher from Chris Page. Sired by St Fort Rolex, this one is out of Westacre Bianca P65, a Market Stainton King daughter, and sold to W Mallon Livestock, Little Fransham, Norfolk.

Next best here was a 5,500gns bid for Highbarn Universe from NJ Barton. He is a Brackenhurst Ranger son out of Highbarn Patricia P8, a Walmber Hermes daughter. He was the choice of Severalles Farms, Newbury.

A 5,000gns call followed that, with this price paid for Auchmacoy Ulfred from Susan Buchan, Aberdeenshire. This Auchmacoy Orlando son is out of Auchmacoy Bianca, an Auchmacoy Langworth daughter and sold to Michael Read, Hemingby, Lincolnshire.

The highlight of the Salers entry was a 4,000gns call for Rigel Kentucky from Rigel Pedigrees. Sired by French bull Casimir, he is out of Rigel Malibu, a Rigel Byron daughter and sold to JL Hartley and Son, Much Wenlock, Shropshire.

Then at 3,600gns was Approach Farm Klassic from Angus Gowthorpe. He is by Manor Lane Firework and out of Poldean Cherie, a Poldean Uri daughter. Buying this one were AT Hames and Son, Melbourne, Derbyshire.