Trade was up, two sale records were broken and over 5,000 lots were entered at the 180th Kelso tup sale on Friday (8 September), where footfall was estimated to be close to 10,000.

Farmers Weekly went along to get a flavour of the action in and around the 16 sale rings.

After 20 years of service for the Border Union Agriculture Society secretary Ronald Wilson will retire at Christmas.

He has seen the sale flourish with quality steadily improving over the years. Ringing the bell marks the start of the sale at 10am. 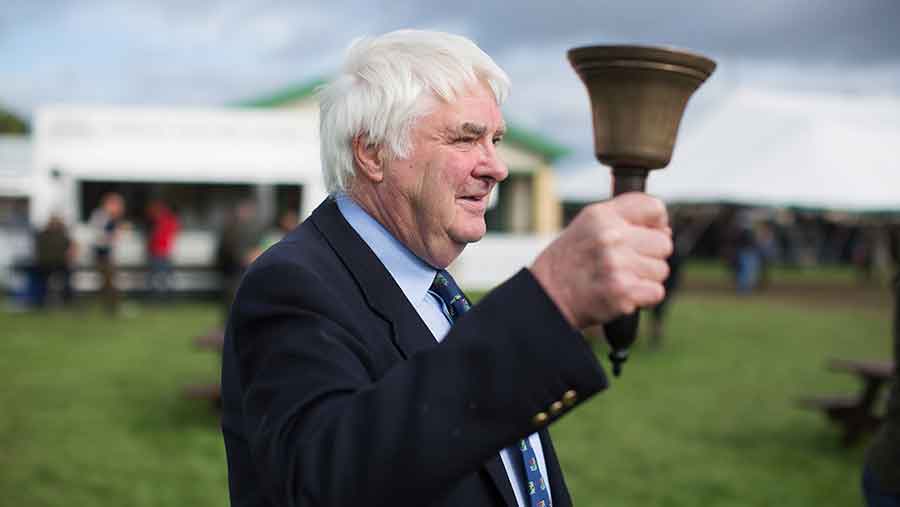 With 16 breeds going under the hammer and 16 sale rings, the visitors didn’t want to miss out on the action. Trade was topped by Texels at £23,000 for a Sportsmans Unbeatable son from the Wights of Crawford. 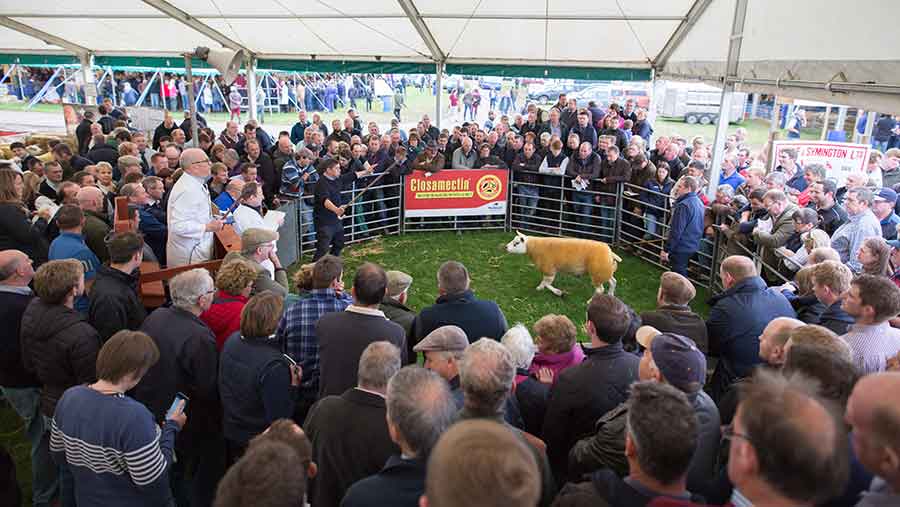 These Suffolk tups didn’t want to miss out on any of the action. 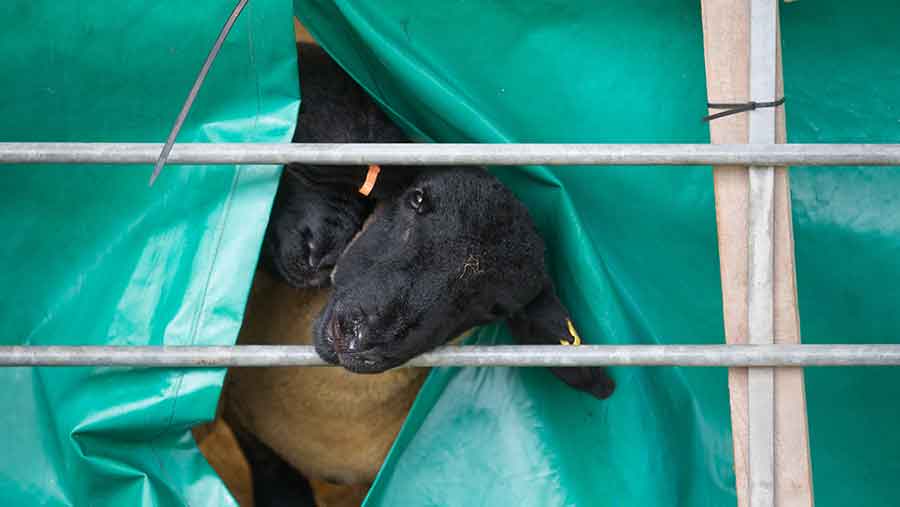 There were 36 “tup taxis” ferrying a total of 4,452 tups around the showground. However, some preferred to try and make their own way back home. 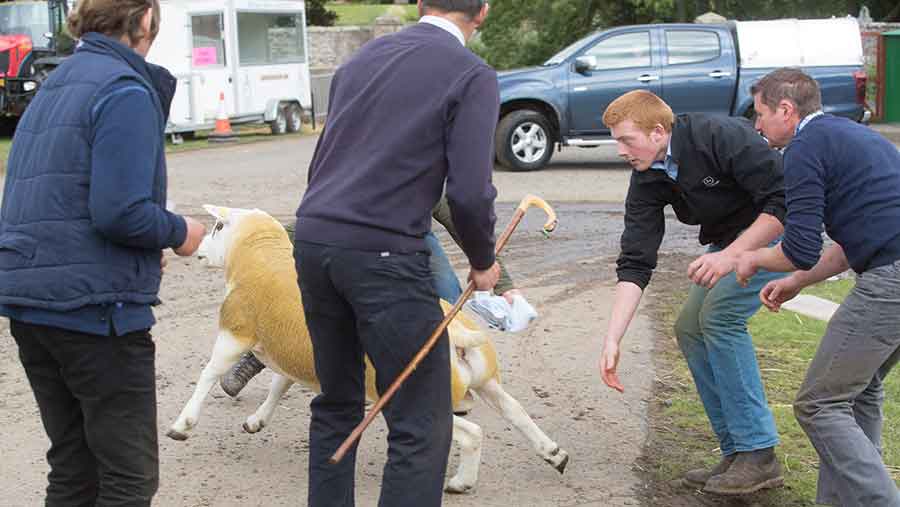 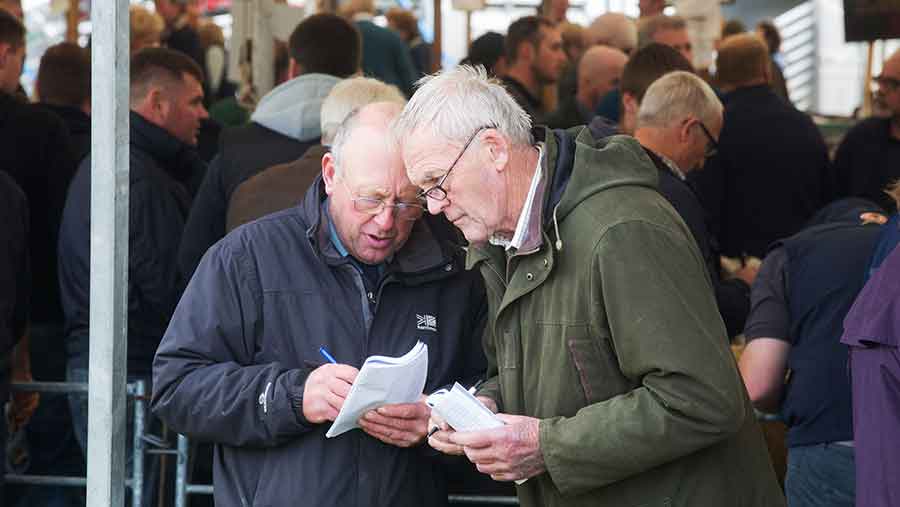 After a busy day’s trading there were only 16 tups still on the showground by Saturday morning, with more than 5,000 tups sold. Not everyone was up for a new home. 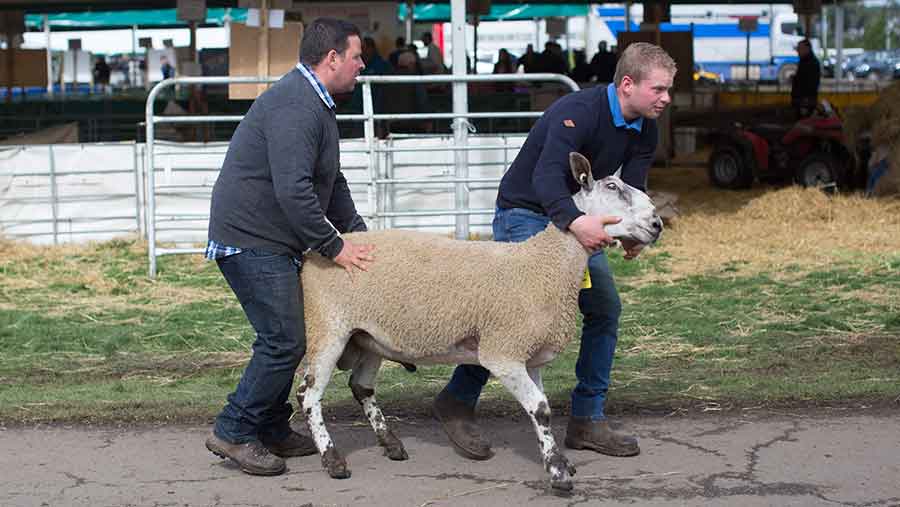