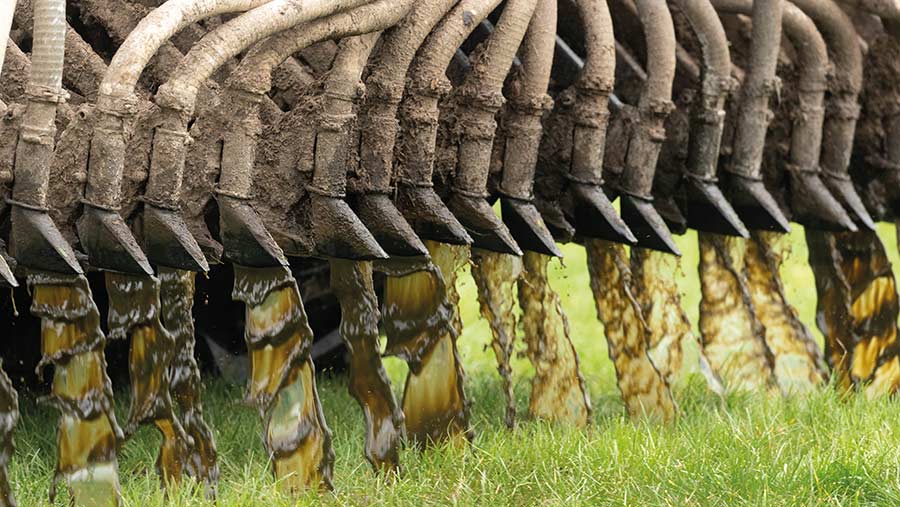 His organic herd of Holstein Friesian cross Scandinavian Red dairy cows is managed on a predominantly grass-based grazing system, producing an average of 4,500 litres from forage.

Mr Pye says slurry is one of the farm’s most valuable resources.

“Being organic, every single litre counts – I do not see slurry as a waste, I see it as a benefit and a very valuable tool for all producers.”

To optimise this value, five years ago he invested in a 7.5kW Landia chopper pump. This transfers slurry from the dry cow housing to a lagoon, about 800m away from the main farm and near to the ground where the slurry is spread.

The pump avoids the need to remove slurry manually from the channel and transport it to the external lagoon, saving on labour and diesel costs.

“Our farm ethos is ‘low labour per litre of milk produced’,” he explains. “I believe the more milk I can produce [from fewer] labour units will help us stand out from competitors anywhere in the world.” 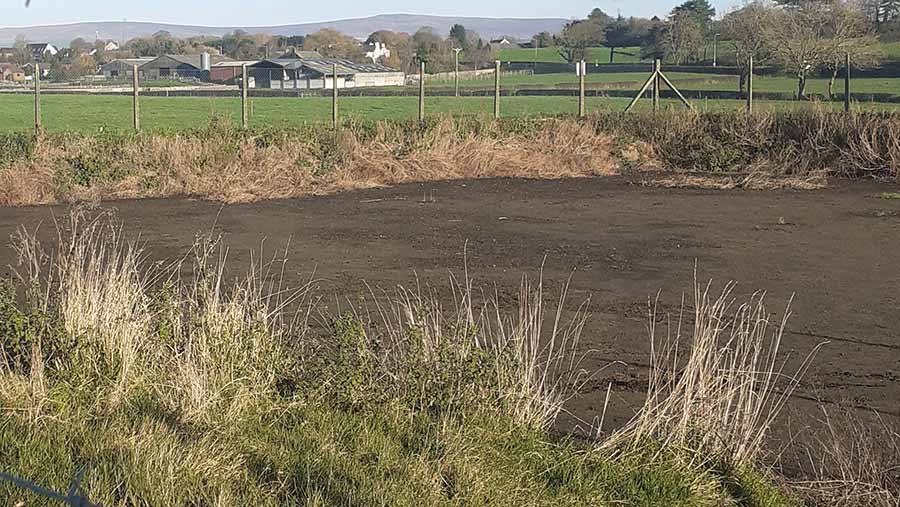 The pump is electric – in comparison with more traditional diesel options – and is powered by the farm’s existing solar panels. Mr Pye worked out this would be the most cost-effective option.

“At midday, after we had milked the cows, cooled the milk and done all of the other work, I realised that the electricity we were generating [from the solar panels] was just sitting there,” he says.

He spoke to the manufacturer, who was able to adapt the pump to be fitted with a float switch and a timer. This meant it would kick in when the farm was generating surplus electricity, rather than the electricity going back to the grid.

“I could have just gone for a normal, diesel pump mounted on the back of a tractor, scooping out slurry once a week or so, but I realised this would mean additional costs, both in terms of the labour itself and the diesel to run the pump,” he says.

“Instead, we were able to make use of what we already had, which ultimately keeps costs down.”

The pump sits in the slurry channel in the dry cow shed. Installation was simply a case of connecting the pump to the main pipe, explains Mr Pye.

“The float switch also means that if the channel is empty, I am not wasting electricity or wearing the pump out by pumping every day at 12pm.”

However, the pump is not permanently situated at this location – the installation was designed so that it could be lifted out and used to transport slurry to other lagoons, if required. 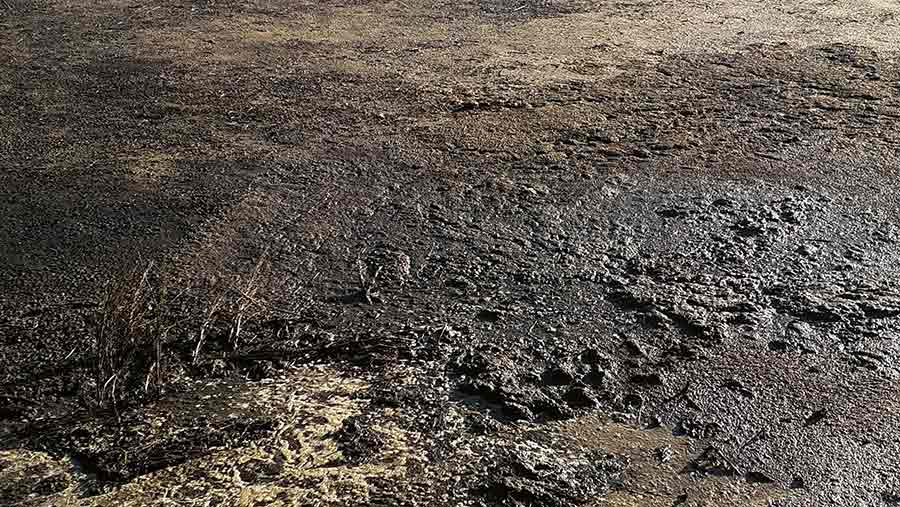 The waste from the dry shed tends to be thicker because of the cows’ predominantly straw-based diet.

So, the most solid manure is separated off manually into a compost bunker, and applied to the soil if and where more organic matter is needed. The rest of the manure filters into the slurry channel.

The knife system within the pump breaks down the remainder of the solid mass, to remove the risk of blockages and ensure minimal downtime and maintenance, he adds.

Despite the success, it was not an obvious investment, and Mr Pye initially thought a chopper pump would be too expensive to justify on his low-input system.

“I tried an alternative pump first, but it just was not up to the job. It could not cope with any thick liquids, which obviously you do sometimes get with slurry, if it has not rained for a while, for example,” he says.

“However, the chopper pump ended up being cheaper than what I had previously bought and has proved to be a good return on investment from labour savings alone.”

In terms of maintenance, the pump was modified to feature an hour clock, similar to a tractor dashboard. This means Mr Pye can easily keep an eye on how many hours the pump has done and when to change the oil.

“A decent servicing scheme for equipment in general tends to mean it uses less energy, too,” he adds.

Five years on, Mr Pye says he is still amazed at the simplicity and effectiveness of the system. For him, it has turned out to be a “no-brainer” investment. “This [system] is something I think everyone should be considering. It works beautifully.”

“Our milk contract is with Arla, so carbon emissions – and keeping them down – is something that is very important to us.

Chopper pumps – how they work

The chopper blades on submersible chopper pumps are mounted externally to the inlet pump. This ensures any debris, such as straw, feed or silage, is chopped before it enters, so it cannot cause blockages.

This makes them more reliable than other styles of pumps, which can see issues with clogging.

Chopper pumps are particularly suited to the pumping and mixing of thicker, high-viscosity substances and challenging mediums, where a standard pump may not be robust enough.

The blades themselves can be maintained easily and replacements can be fitted from outside the pump.