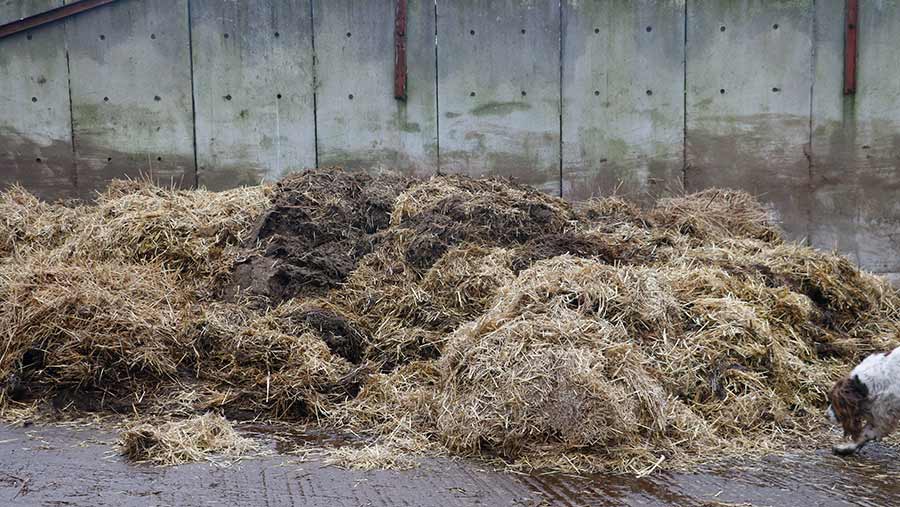 Organic beef farmers Andy and Nicola Morris have reduced muck-handling requirements by fermenting organic matter and are improving soil health in a quest to sequester carbon.

The couple, who run 30 cows on their county council smallholding in Tiberton, Worcester, first heard about the fermenting process ‘bokashi’ through the Pasture-Fed Livestock Association (PFLA).

Bokashi is Japanese for fermented organic matter and is an anaerobic process, similar to ensiling forage crops.

Farming organically, and unable to apply fertiliser, they previously composted muck, but two seasons ago the compost didn’t decompose, and silage became contaminated.

Last year, with the prospect of winter housing looming, they started to look at alternative options, and stumbled across other farmers practising bokashi on the Pasture for Life farming forum.

Mr Morris admits it took his wife a while to convince him to spend money on muck, but they say it was the “missing link” in their farming operation and has transformed muck from being a headache to an asset. 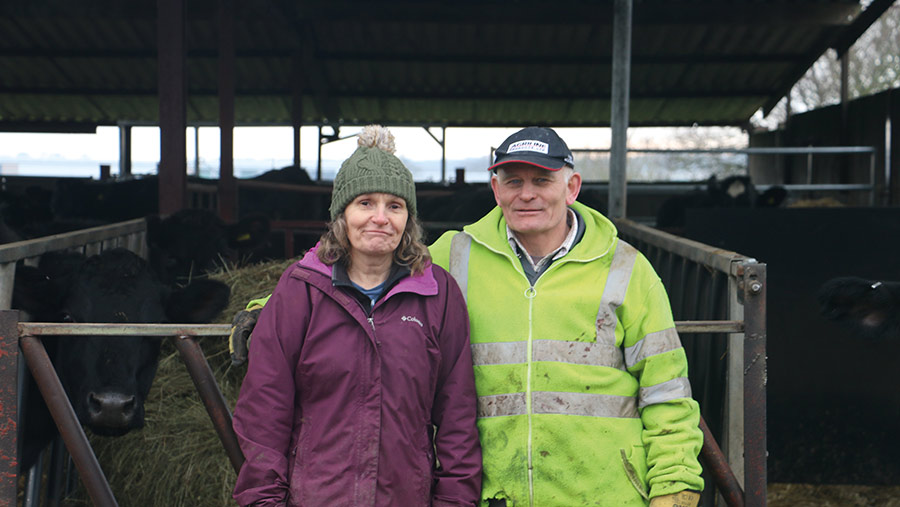 Cows are housed in straw-bedded cubicles at Eatons Farm until calving, so the straw is cleaned out weekly and piled up outside the shed.

The products used to make bokashi are applied in 1t loads (see box below).

The process and how each ingredient works

Traditional composting is an aerobic process that generates heat. In fact, muck heaps can get up to 70C, which means they lose energy and valuable nutrients.

Alongside this, composting also emits a significant amount of carbon, says Andrew Sincock from Agriton Group, which supplies the products required to make bokashi. 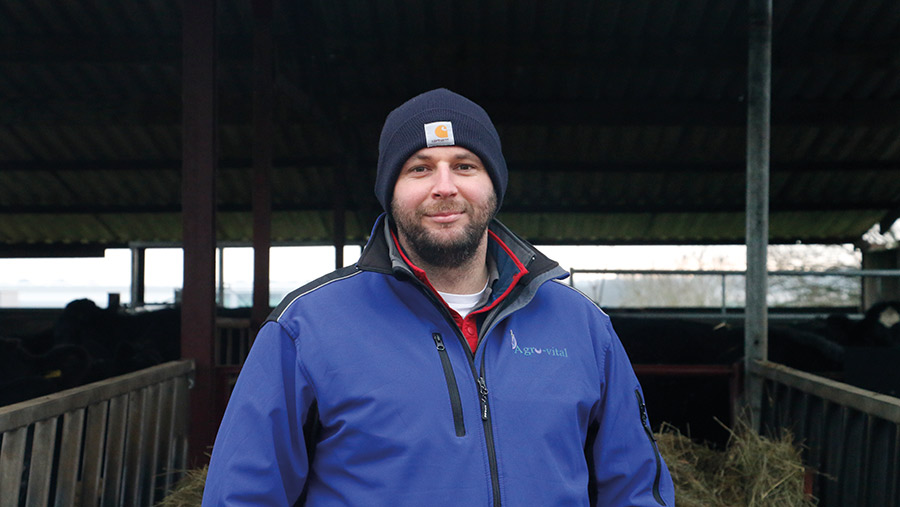 Composting loses 62% of its total mass to volatilisation and 58% of its organic matter; of which 50% is carbon.

Therefore, 10t of organic matter would lose 3t of carbon. In comparison, only 3% of carbon is lost during the bokashi process.

The other benefit is the muck doesn’t require turning.

“We used to spend hours and hours turning muck every two or three weeks. We would fill the pit full and by the time we came to spread it, it would only be about half full,” explains Mr Morris.

The bokashi was fermented in a silage clamp and applied to grassland last summer with a Rotaspreader at 9.9-12.4t/ha (4-5t/acre).. 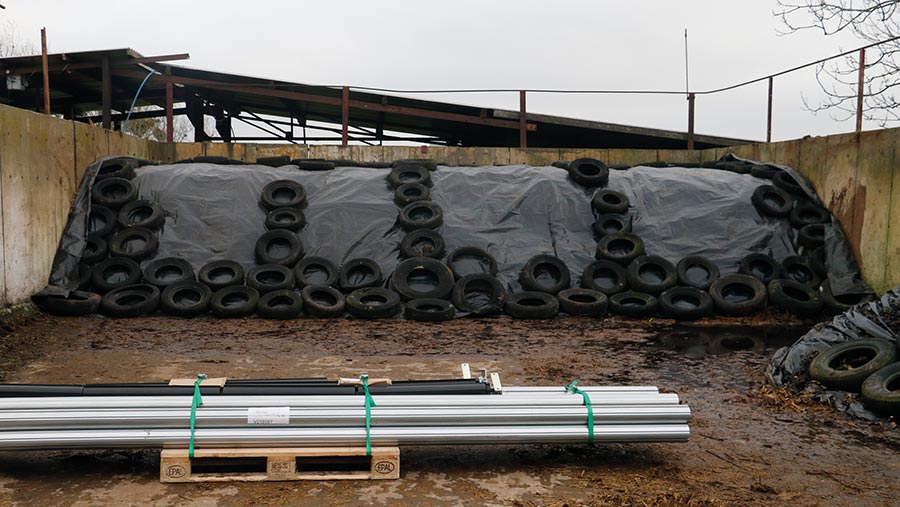 Bokashi is fermented in a silage clamp © MAG/Rhian Price

Having been dairy farmers up until 2006, they always rotationally grazed stock but fell into regenerative grazing more recently.

They started extending rotations to 60 days to reduce the workload for the person they asked to look after the farm.

More recently this extended to 100-day rotations, from turnout in March until about November.

“Because the cows don’t return to that field for 100 days, we don’t worry about spreading muck on pasture when it’s dry,” says Mr Morris.

However, the speed of decomposition is remarkable.

“It doesn’t hang around on the ground. It just disappears. The only thing you could see after three weeks was if you had a big pile where you started the muck spreader and you had filled it up too full,” he adds.

“Typically, if you were to apply fresh organic matter, or composted organic matter, it needs to be broken down by soil microbes before it is used so it takes a lot longer to break down,” explains Mr Sincock.

With bokashi, the same microbes found in the soil are used to predigest the organic matter so when it is applied to the soil it has already been decomposed and nutrients are immediately available to the soil.

Bokashi costs the Morris’ £8/t, or roughly £800 in total. But savings can be made if you can apply the microbes directly onto the bedding during housing.

In this instance, microbes can be applied with a knapsack sprayer or watering can once a week before fresh bedding is applied, explains Mr Sincock.

The straw acts as a pH buffer and any effluent is reabsorbed by straw so it can be removed and covered without having to apply the other ingredients, saving £6.50/t.

During bokashi, microbes multiply within the heap. These are nitrogen proteins that increase nitrogen. For a non-organic farm, this means significant fertiliser savings can be made.

“For every tonne of bokashi spread, you replace 40-50kg of bagged fertiliser,” says Mr Sincock.

Although the Morrises are not realising any savings in fertiliser, they hope in the long term it will further improve farm soils.

Another big appeal for them is the fact bokashi can help them on their journey to carbon sequestration, with a three-year study showing bokashi increased organic matter by 0.6% in comparison to 0.1% on compost-treated soils.

“Organic is all about not wasting resources and working with nature – and bokashi is all about that,” adds Mrs Morris.

Is bokashi suitable for me?