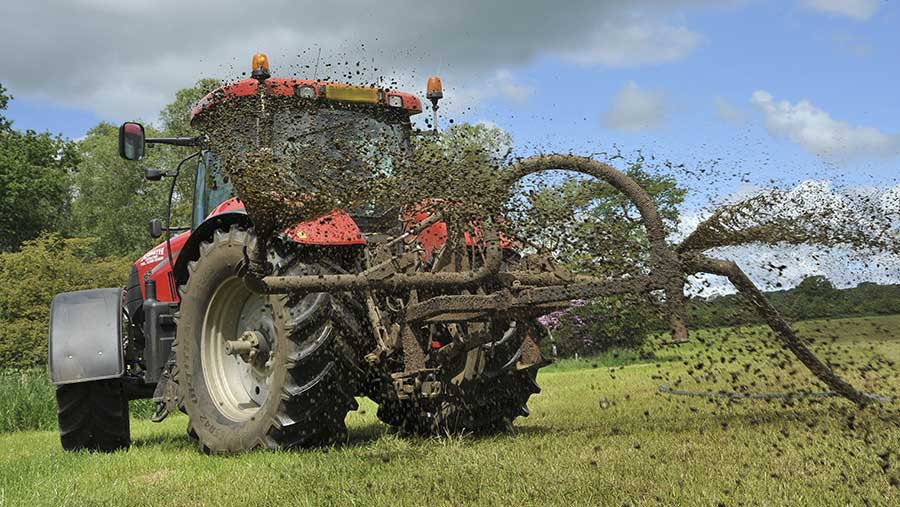 The Welsh government announced on Wednesday (14 November) that regulations covering the whole of Wales will be introduced next spring.

The regulations will come into force in January 2020, with transitional periods to give farmers time to adapt and ensure compliance.

The standards will include new rules on manure storage, sustainable fertiliser applications linked to the requirement of the crop and protection of water from pollution related to when, where and how fertilisers are spread.

Announcing the measures, cabinet secretary Lesley Griffiths said they were necessary following an increase in the number of major pollution incidents linked to farming.

“As winter approaches, I am receiving reports of further incidents and of slurry spreading being carried out in unsuitable weather conditions,” said Ms Griffiths.

“Not all slurry spreading is bad, but it must be done legally to avoid such destructive consequences. This poor practice is leaving many stretches of rivers devoid of fish. Our rural communities, which depend on tourism, angling and food industries, must be protected.”

The Farmers’ Union of Wales (FUW) said the announcement raises major questions about Welsh government commitments to work in partnership with other bodies to tackle agricultural pollution.

The report aimed to get the balance right between regulatory measures, voluntary initiatives and investment.

But FUW land use and parliamentary committee chairman Tudur Parry said the government had not even responded to the report.

He added: “Taking all farms into account, pollution incidents involve less than 1% of the farms in Wales, and the farming industry is fully committed to bringing this figure down given its impact.”

NFU Cymru deputy president Aled Jones said: “We would be highly concerned if further regulation of the farming sector was progressed without progressing other aspects of the report in unison and without recognising the work of the sub-group.”

Environment groups have called for the Welsh government to designate all of Wales as a nitrate vulnerable zone (NVZ). Currently, less than 3% of Wales is in an NVZ, compared with 55% of England and all of Northern Ireland.

But In December, Ms Griffiths stopped short of compelling all farms to comply with restrictions on slurry and fertiliser application, saying the right balance of “regulatory measures, voluntary initiatives and investment” is needed.

Ruth Jenkins of Natural Resources Wales (NRW) said regulation was one of a range of tools available for driving down incidents of agricultural pollution.

But she added: “NRW is working collaboratively with a cross-sector group – the Wales Land Management Forum – to find the right mix of regulation, voluntary measures, advice and investment incentives that can reduce agricultural pollution to water.”