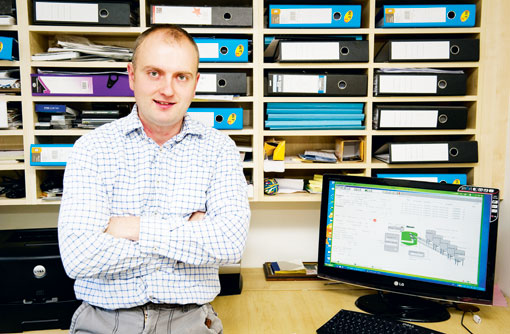 The dangers of slurry were made very real to me by the deaths of 17 pigs from hydrogen sulfide gas suffocation. It happened on one of my contract finisher farms when the manager was mixing some thick slurry in a tank. They heard a lot of noise and agitation in one of the open-fronted trobridge houses. They opened the doors and all the ventilation flaps and managed to save the rest of the pigs in the pen, and thankfully they did not enter the house and endanger their lives.

The ironic side to the events is that I had been in the process of trying to get each contract farm to have an accidental death policy to cover the loss of pigs. Anyway this accident has given everyone an extra focus on safety; we all now agree that an insurance policy for such events would be a good thing.

I had a great day at the Pig and Poultry Fair. I felt that there was a very positive atmosphere and I came home with plenty of leaflets for great new technologies including LED lighting and self-raising crates with cooling plates for lactating sows.

What is certain is that there is still a lot of optimism in the industry, although it is difficult to pay the bills on optimism alone. A number of weeks ago it was reported that the poor weather was holding back pig prices. So what does the deadweight average pig price (DAPP) do when we have had the best two weeks weather I can ever remember? It increases by 0.2p. Rain, hail or shine, we sell pigmeat too cheap.

Andrew McCrea farms a 740-sow birth-to-bacon business and 150 beef cattle on 37ha. The pig business is a sow and weaner farm with four contract finishers. He produces 18,000 pigs a year to the British Quality-assured Red Tractor standard. Andrew is a DARD Focus Farmer and was Farmers Weekly Pig Farmer of the Year 2010.