Elite Sterndale and Peak Holstein genetics attracted a European-wide ringside of bidders at Beeston Castle Auction on Thursday (20 July) with a top call of 10,500gns and 10 lots hitting 5,000gns or more. 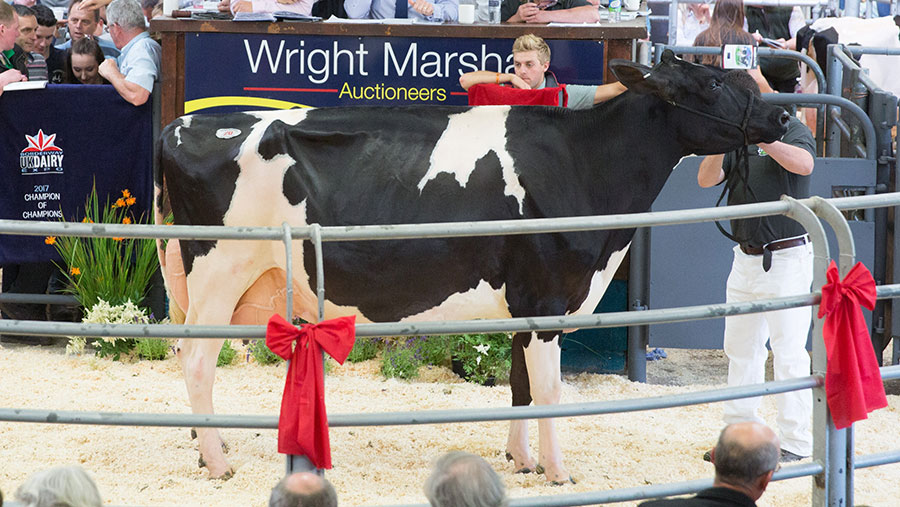 She is out of “The Tank” Peak Goldwyn Rhapsody, herself a Braedale Golwdyn daughter, and by Scientific SS Dusk.

She calved in December to Delta-Lambda and is still giving 46kg daily.

Close behind was her stylish December daughter, Milliedale Doorman Rhapsody (PLI +£354), at 10,000gns, heading to County Down with IL McMurray, Banbridge. She is by Val-Bisson Doorman. 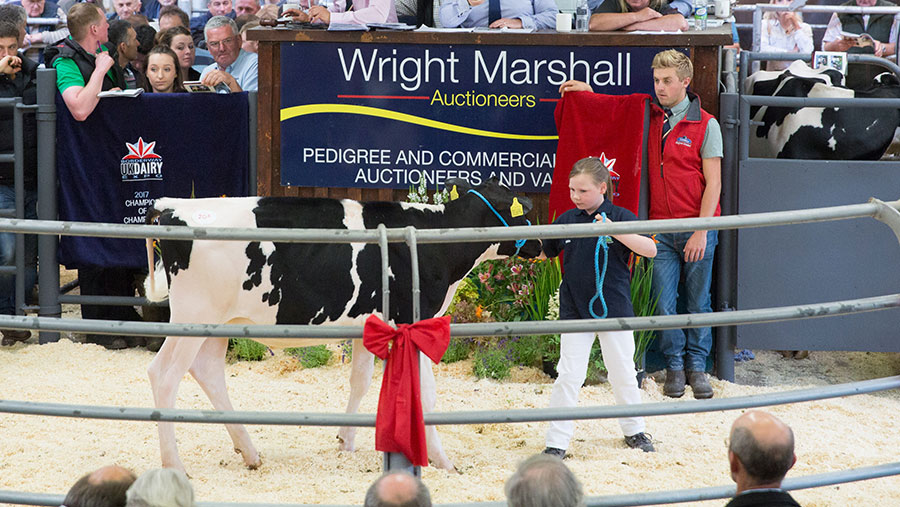 Next at 7,500 were Sterndale Explode Rachel (VG89) and Sterndale Ladd Airy Red (VG88). Explode Rachel by Wabash-Way Explode, is giving 37.9kg after a November calving and knocked down to Messrs Phillips, Llanelli, Carmarthenshire. 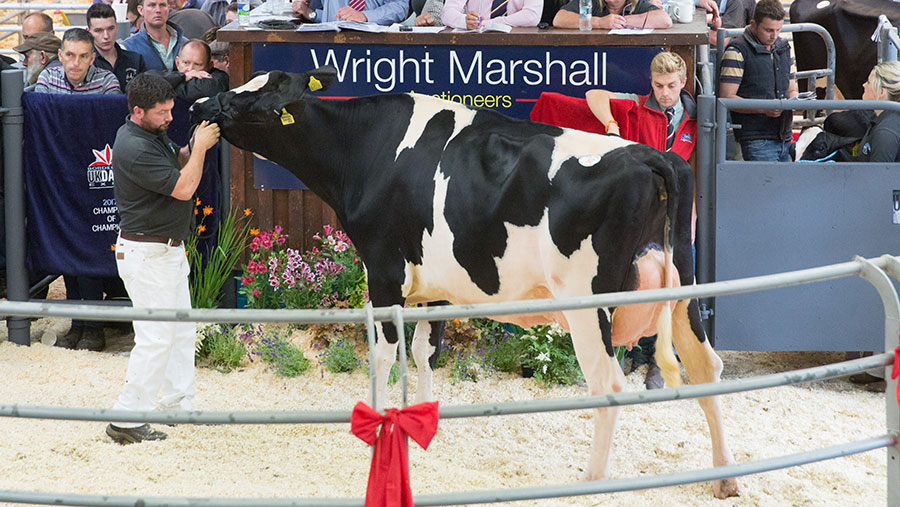 The ninth generation of VG or EX cows, she caught the eye of MJ and LJ Robertson and Dtr, Bristol. 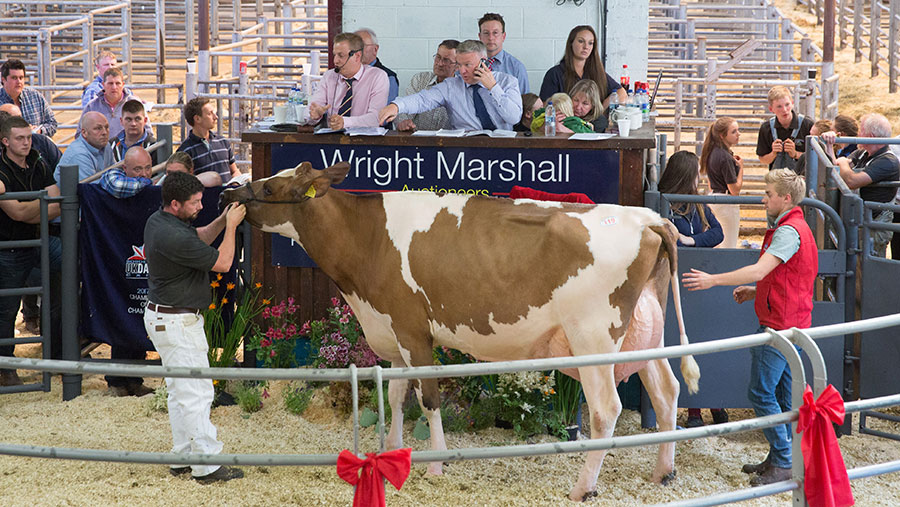 Yasmin Bradbury and Bill Nadin, who will continue milking 35-head at home and showing cattle, were “very surprised” by the number of bidders and the distances travelled.

“There are plenty of animals heading to Northern Ireland and the Republic as well as Luxembourg,” Ms Bradbury told Farmers Weekly.

“Embryos sold well too – we were both really pleased.”

Sold dry, the Sandy Valley Saloon daughter is out of Sterndale CL Ghost, by the 91-point Comestar Lauthority and is in-calf to DG Charley.

Another Northern Irish bidder then stepped up for mature cow Sterndale Destry Maureen (EX94), who knocked down for 6,200gns, this time heading to J Wilson, County Fermanagh.

She has bred Sterndale Doorman Maureen (VG85) and is by Braedale Goldwyn, out of Jet Maureen Red and gave 5.01 fat and 3.52% protein in her second lactation.

Sterndale Seagual Ghost (VG89) then knocked down to J McNeil, Lochans, Stranraer, for 5,300gns. She is a Gen-I-Beq Seagual daughter and last calved on August 10 and is due in April to Val-Bisson Doorman.