Stirling saw an incredible day for Charolais breeding on Tuesday (20 February), with 22 lots making 10,000gns and above, a further 62 selling for more than 5,000gns and a top price of 46,000gns paid for the supreme champion, Balthayock Minstrel, from David and Nick Walter.

The breed saw flying trade at Stirling in October 2017 too, with clearance rates then up 19% on the year at 82% and peaking at 12,000gns twice, so this week’s superb sale reinforces the current demand for the breed.

May 2016-born Balthayock Minstrel, sired by the Kirrimuir Show champion Balthayock Ferdinand and out of Barbican Lancer daughter Balthayock Gem, was knocked down to Bill Bruce, Meigle, Perthshire, who shared the purchase with Neil Barclay, Insch, Aberdeenshire.

A total of nine Balthayock bulls changed hands to average £15,633. 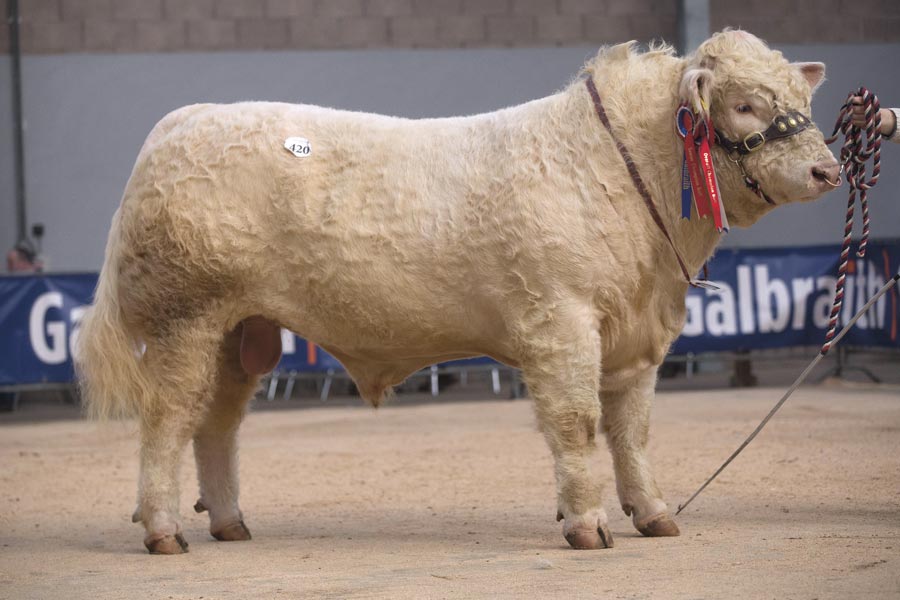 Major money also changed hands for Balthayock Manifesto, which was secured for 19,000gns by Peter and Sheelagh Donger, Towcester, Northamptonshire.

The May 2016-born bull was out of Swalesmoor Cracker daughter Balthayock Finesse and sired by Highland Show interbreed champion Balthayock Imp. 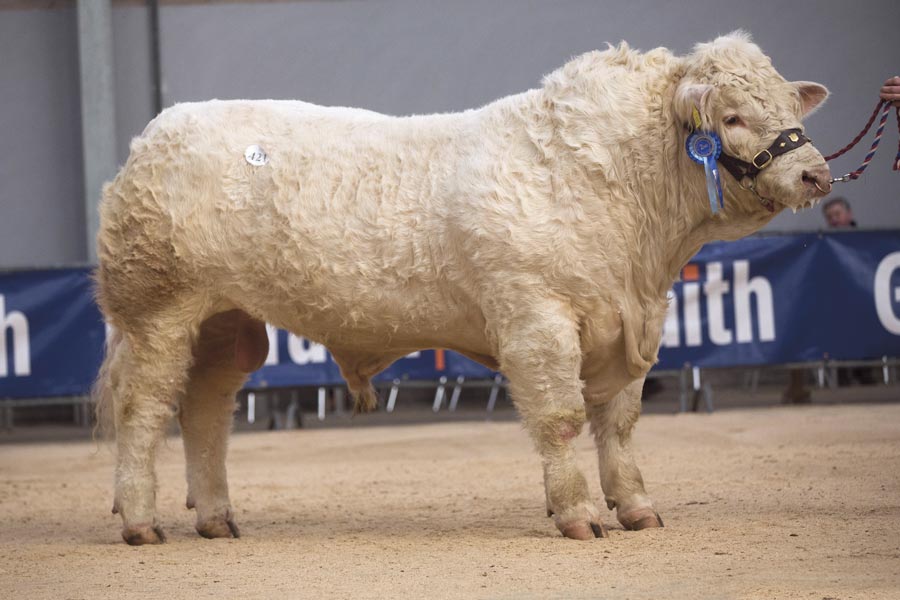 Neil Barclay, who shared the purchase of the sale leader, had great trade for his Harestone herd, selling eight bulls to level at £9,975. 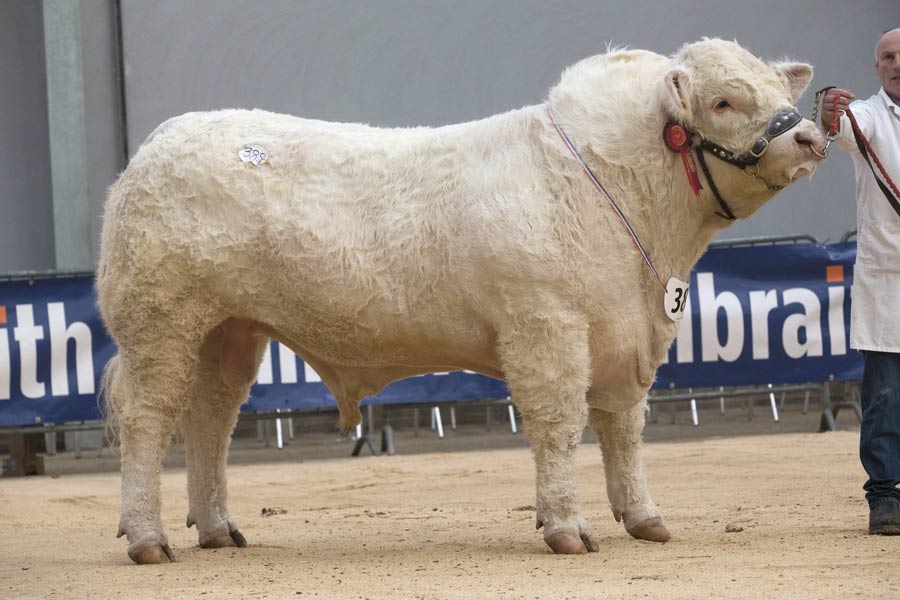 Not far behind in the money-making stakes was Thrunton Montego from JHC Campbell and Son, Alnwick, Northumberland, which sold for 16,000gns to CA Smith, Tarland, Aberdeenshire.

The 19-month-old is by the 26,000gns Maerdy Hearthrob and out of Thrunton Goldcrest, which goes back to the 26,000gns Stirling senior champion Balmyle Dickler. 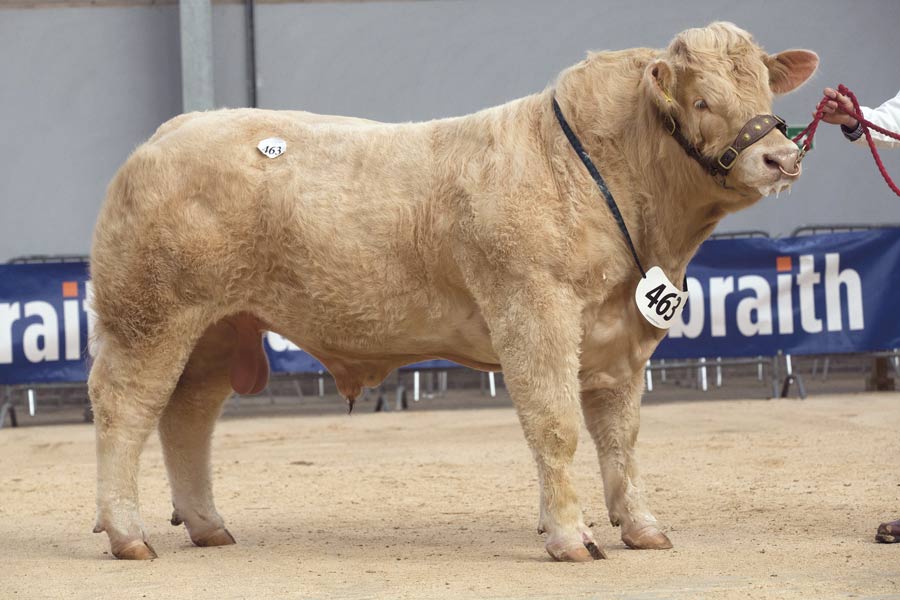 A bid of 16,000gns got Thrunton Montego for CA Smith, Aberdeenshire © Tim Scrivener

The sale saw a small consignment of females average £3,684 and the top moneymaker was June 2016-born Goldies Madame from breeder Hamish Goldie, which was knocked down to K Earle, Penybont, Carmarthenshire, for 7,000gns.

Madame, daughter of the top-performing 15,000gns Gretnahouse Heman and out of Goldies Goldengirl, was awarded the female championship at the pre-sale show.

The Charolais Society believe the prices reflect “a resurgence of faith in the breed”, with a significant number of commercial buyers paying five figures – a first for the breed.