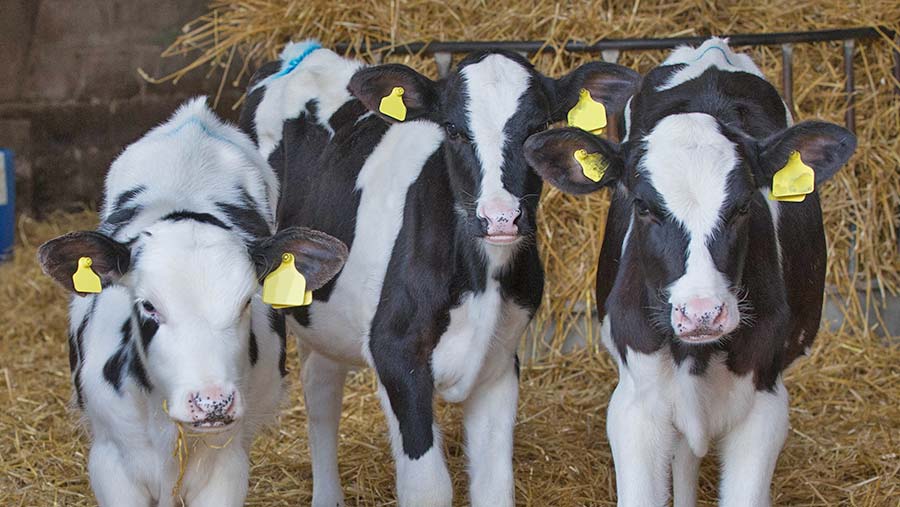 The animal health company Meriel has launched the Calf Matters campaign off the back of a national survey it ran in July and August 2017.

On farm, it is estimated that calf pneumonia costs in the region of £43 per dairy calf and £82 per suckler calf.

The survey, which was completed by 444 dairy and beef farmers from across the UK, revealed that less than a quarter of respondents use vaccination to prevent calf pneumonia.

“We know that vaccination is one of the best ways to maximise the resilience of these calves,” she added.

The survey revealed the number of pneumonia cases reported by farmers, as well as the effects seen and the preventative measures taken.

Sixty two percent of farmers surveyed reported that pneumonia levels had either stayed the same or increased on their farm in the past three years.

Over half of the overall sample reported one to 10 cases of calf pneumonia over the past year.

The main effects of the disease reported were increased costs from vet and medicines and production losses from sick calves.

Of the 444 farmers surveyed, the vast majority were using colostrum management and looking at housing conditions to prevent the disease taking hold, whereas, a much smaller number (24%) were looking at calf vaccination as a potential preventative measure.

The main barriers reported to vaccination were initial costs, which depend on individual veterinary practices. When comparing vaccinated calves with unvaccinated calves, 55% of farmers observed improved calf health and wellbeing and 67% found reduced incidences of the disease.

“While 38% of farmers surveyed said cases of calf pneumonia had decreased over the past three years, 41% said the number had stayed the same and 21% said they had seen an increase in cases. This suggests that farmers need to re-evaluate the steps they are taking to combat the disease,” said Mrs Timothy.

And they are asking farmers to spread the word on social media and share their experiences about vaccination success.