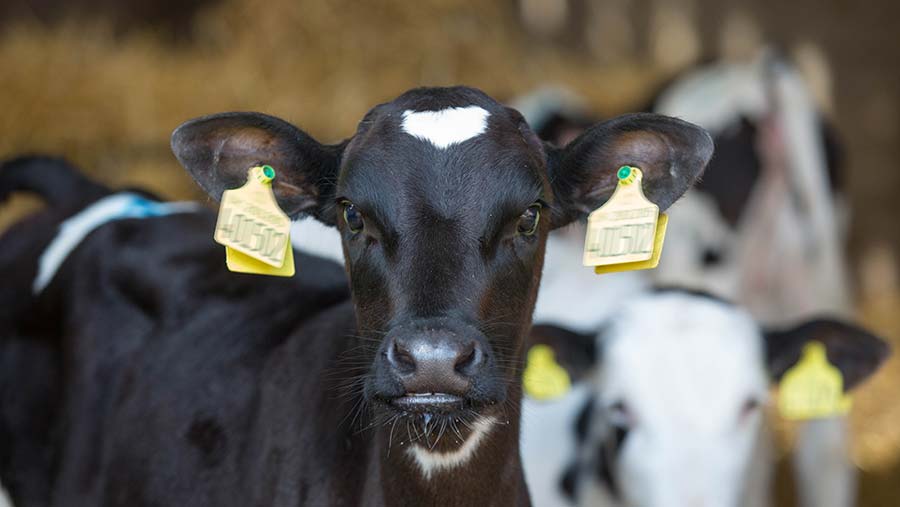 Dairy farmers are keen to adopt new breeding tools to help them drive herd performance, a survey has revealed.

The survey was carried out at the Dairy Tech event in February by animal health company Zoetis.

See also: How to use genomics to improve dairy economic performance

But it highlighted that one-third of farmers were still selecting heifers on their ability to get in calf rather than using data such as a profitable lifetime index (PLI).

The PLI data is made more reliable by genomic testing, which highlights the genetic merit of an animal and provides a prediction on:

It is estimated that it costs an average of £1,819.011 to rear each replacement.

The high reliability of genomic testing, at approximately 70%, highlights which animals to breed from depending on their selection criteria, said Zoetis national veterinary manager Dave Armstrong.

Dr Armstrong explained that rather than retaining more heifers than necessary and applying a blanket strategy when using sexed semen, farmers could use genomics to accurately identify the top third of heifers to receive sexed semen. The top first and second lactation cows can also be served to sexed semen.

He added: “Genomics is much more accurate than using parent averages, which have a reliability of less than 30%. It is simple to test, requiring just a hair or small tissue sample to be sent off for analysis at a lab.”