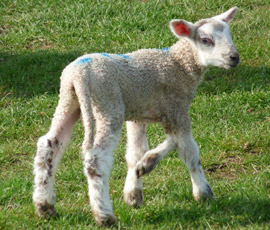 Livestock farmers are being advised to seek veterinary advice if they want to use the first Schmallenberg vaccine – due to become available next month.

Go-ahead for the vaccine to protect sheep and cattle against Schmallenberg virus was announced by the government’s Veterinary Medicines Directorate (VMD) on Tuesday (21 May).

It has granted MSD Animal Health a provisional marketing authorisation for Bovilis SBV, which is the first vaccine specifically targeting the virus in cattle and sheep.

The vaccine is being shipped to the UK and is expected to be available in June.

A spokesman for MSD Animal Health said there was no recommended retail price for the vaccine. But the cost to farmers would be in line with other vaccines supplied by vets.

Given the serious worry and significant livestock losses caused by Schmallenberg, the British Veterinary Association (BVA) said the vaccine should be warmly welcomed.

“Although we are aware that previous exposure to the virus provides some immunity there remains a lot of uncertainty about how long the immunity will last,” said BVA president Peter Jones.

Vaccination also made sense because it was uncertain which animals in individual herds or flocks had already been exposed to Schmallenberg.

Mr Jones said: “Farmers can now plan with good veterinary advice how, where and when to use the vaccine to protect their animals and their offspring.”

Schmallenberg, which emerged in late 2011, is transmitted via insect vectors, mainly midges.

“Farmers can now plan with good veterinary advice how, where and when to use the vaccine to protect their animals and their offspring.”
Peter Jones, British Veterinary Association president

It causes transient clinical symptoms in adult cattle and sheep, such as fever, diarrhoea and reduced milk yield, as well as congenital malformation in newborn calves and lambs.

The National Sheep Association (NSA) said the arrival of the vaccine would give sheep farmers the option to vaccinate their stock this summer, ahead of the high-risk mating season.

“We are particularly pleased the vaccine licence indicates sheep need just one jab, as this avoids the expense, stress and inconvenience of having to gather and inject sheep twice.

The decision about whether to vaccinate or not would be down to each individual farmer, their business model, infection history, lambing pattern and location, said Mr Stocker.

Farmers should talk to their vet in advance of tupping, so there was enough time to implement a programme and fully protect stock if vaccination was seen as the best route.

The association was also committed to providing independent information to ensure producers know the key points to consider when deciding what to do in their situation.

“We are looking to provide this support to the sheep sector as soon as we can.”

Some 1,753 reported cases of Schmallenberg have been confirmed throughout the UK as of 31 March 2013, with incidents detected in every county in England and Wales.

The virus has also been found in Scotland.

Scottish rural affairs secretary Richard Lochhead said: “The arrival of Schmallenberg in the UK – and more recently in Scotland – has been a real worry for our farmers.”

Livestock producers were already facing a number of other pressures and the vaccine would give farmers a tool to protect their livestock against the disease.

“I would urge farmers to discuss their circumstances with their private vet to assess the benefits of vaccination,” said Mr Lochhead.

See the latest news on the Schmallenberg virus