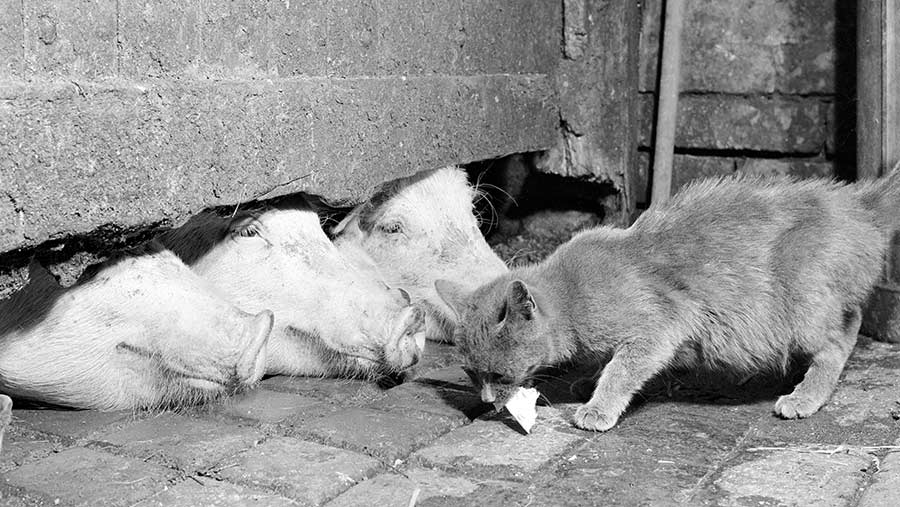 We consulted with Andersons, the John Nix pocketbook and tractor writer and historian Stuart Gibbard to track changes since 1970.

It seems that farming is harder than ever, in an age of rising costs and falling margins.

Granted, previous generations often did far more physical work, but the rewards were there for those who worked hard and produced good stock.

Major change has come in the price of wool, fuel, labour and land, with input costs generally tracking much closer to inflation rates than farm goods have done.

Farmers Weekly has reflected on this change. By looking at the turnover generated by a calf, a lamb, a bacon pig and a litre of milk, it is easy to see why profit margins have become squeezed over time.

Farmers have made great strides to increase farm output, but not to the extent of which costs of goods and services have risen, explains Andersons agribusiness analyst Alex Benbow.

Labour costs are now a major factor, although mechanisation and the rise of contract work has allowed for more efficient use of labour.

One area that has changed hugely is land prices. Despite cows giving double the yield of 50 years ago, at an average of 8,000 litres, the rate at which land has increased means it takes almost 15 times more cows to buy a hectare of land today.

Older generations can remember when a large flock’s wool cheque bought a Land Rover or paid the rent. Today, man-made fibres have altered wool’s value beyond all recognition.

In 1970 a fleece averaged £1.40, meaning nine fleeces were needed to pay for a replacement ewe which cost £12.

Today a fleece averages £1 – not covering shearer costs – meaning 140 would need to be sold to buy a lowland replacement ewe for £140.

If farmgate prices had increased with inflation since 1970, farmers would be receiving 63p/litre for milk and £525 for a tonne of wheat, says Ms Benbow.

She explains that the price of a four-wheel drive 120hp tractor has gone up almost perfectly in line with inflation since the 1970s, although at the time stock farms typically had a tractor of half that power.

“The cost of a tractor is 15 times more expensive in current terms, but the same when inflation is accounted for,” said Ms Benbow.

“A combine is a whopping 25 times more expensive to buy and 1ha of land will cost you 40 times more than if you were buying it 50 years ago.”