The ram lamb V87:21:00850 was bred by Phil Poole, Upper Battlefield, Shrewsbury, and is by Solwaybank Rock Solid, which Mr Poole bought from Iain and Judith Barbour for 26,000gns in 2017.

This more than doubles the 2004 record achieved by Ardlea Arbenning.

Breeder Phil Poole said: “I knew we had a good lamb and we were looking forward to the sale. Salopian has always invested in excellent bloodlines but we certainly didn’t expect to smash the Society record by 220%.” 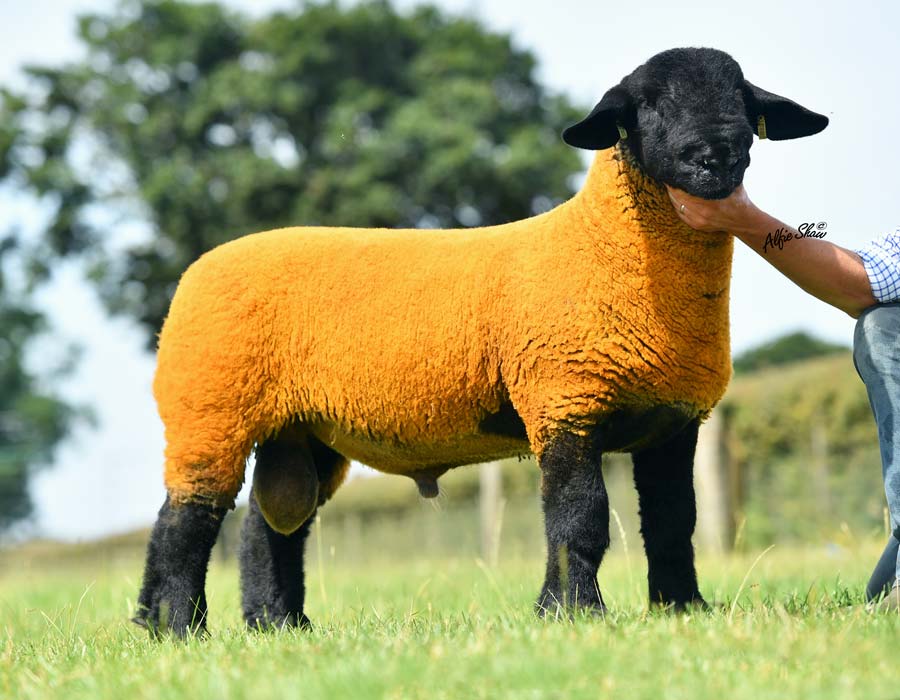 The trade topper’s dam is an Irongray Black Magic-sired Stockton ewe. Seven Salopian sheep levelled at £36,713 on the day.

Next, at 48,000gns, was a Forkins McCoy son from Mark Priestley’s Limestone flock, Seaforde, Downpatrick. He is out of a Limestone Aston Martin daughter. 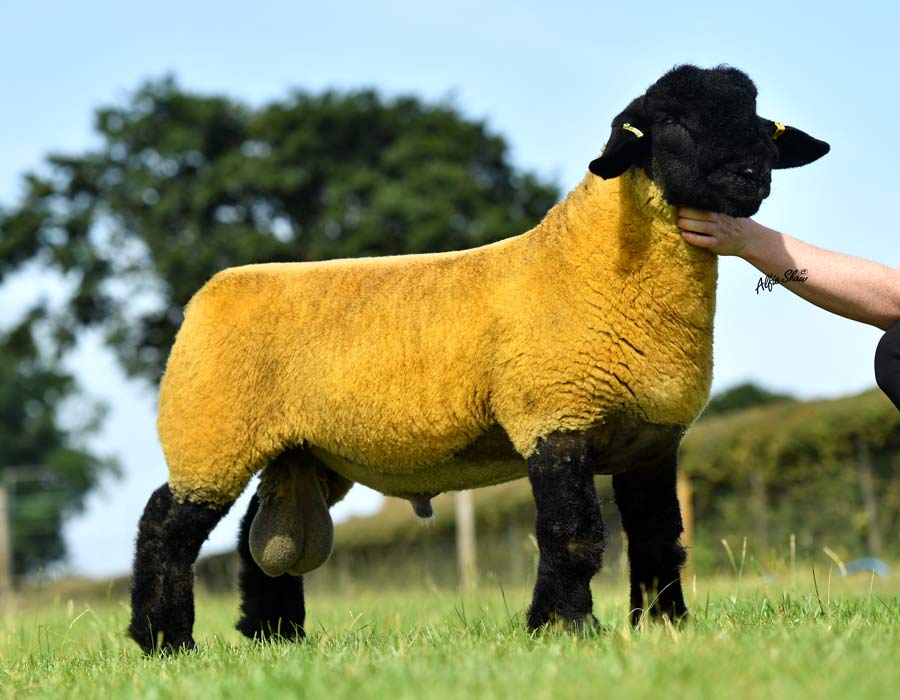 Mark Priestley saw a 48,000gns bid from a Scottish syndicate for this ram lamb son of Forkins McCoy © Alfie Shaw

This set another record price – the highest for a Northern Irish-bred Suffolk ram.

Two rams made 40,000gns. The first was a Salopian Scuderia-sired ram out of a Rookery Rodeo dam from Stewart Craft’s Lakeview flock, Glenrothes. He was shared between Dennis Taylor of County Londonderry for his Ballynacannon Flock and Iain and Judith Barbour for their Dumfriesshire-based Solwaybank Flock.

Also at 40,000gns was T J and CR Boden’s Sportsman’s ram, sired by Strathbogie Ace out of a Stockton dam, going to Jed Sharp from Worcestershire for his Hawshill Flock.