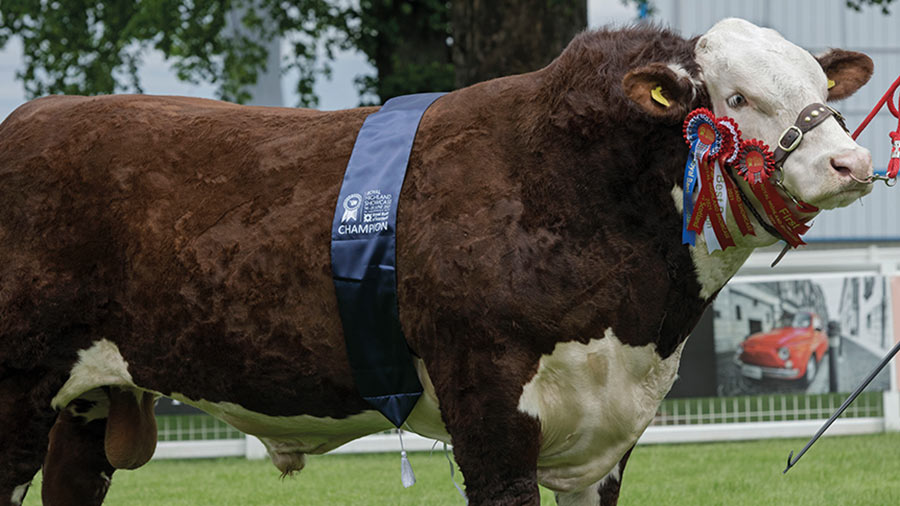 Tens of thousands watched the Royal Highland Show from their homes this week (14-20 June) as stock judging took place without the general public and the event made a defiant and eagerly awaited return.

The Ingliston showground was closed to the general public for what this year was dubbed the “Royal Highland Showcase”. Entries were about one- third of the typical level, but quality was high.

More than 32,000 views were recorded on Monday 14 June, the opening day of the showcase.

In the beef rings, a three-year-old Moralee bull from Tom and Di Harrison’s 40-cow pedigree outfit from Stocksfield, Newcastle-upon-Tyne, took the interbreed championship.

Moralee 1 Rebel Kicks KS R12 is an April 2018 son of the Danish sire SMH Kingsize and out of Romany 1 Dawn M6.

He impressed the panel of judges, which this year experimented with rating interbreed contenders on a panel via a point-scoring system, with judges excluded from scoring their own breed. The panel was drawn from the Scottish Association of Young Farmers stock-judging programme and young breeders who had previously competed at the Royal Highland.

This follows a string of championships wins as a yearling in 2019, including the male championship at the Royal Welsh Show, as well as the Champion Native breed junior bull and reserve champion overall bull.

The Harrisons are pleased with the calves he is producing and been selling his semen worldwide.

“We are delighted with how he has shown today,” said Mr Harrison. “He’s straight out of the field and has been bulling cows this week.”

A cow and heifer calf outfit from the Blackcraig herd of Galloways was tapped out reserve bringing John, Anne, Kelly and Iain Finlay their latest show success.

Blackcraig Dora May, who is by Blackcraig Rasputin and out of Dora May 8th Knarie delighted the judges with her heifer calf at foot. The 1,800-acre hill farm between Balmaclellan and Corsock near Castle Douglas. 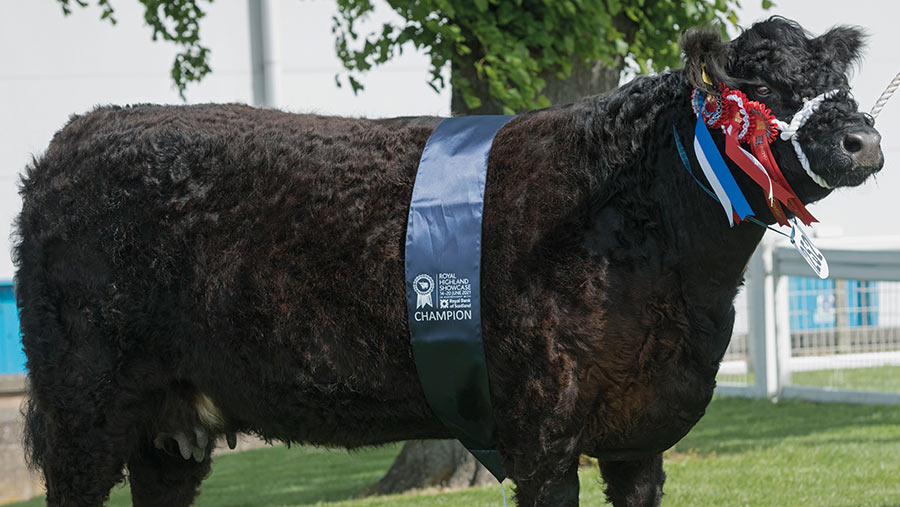 Judge Blair Cockburn was able to mark his 50th birthday by tapping out a shearling ewe from Gregor and Bruce Ingram, Pitcaple, Aberdeenshire, as his interbreed MV-accredited champion. 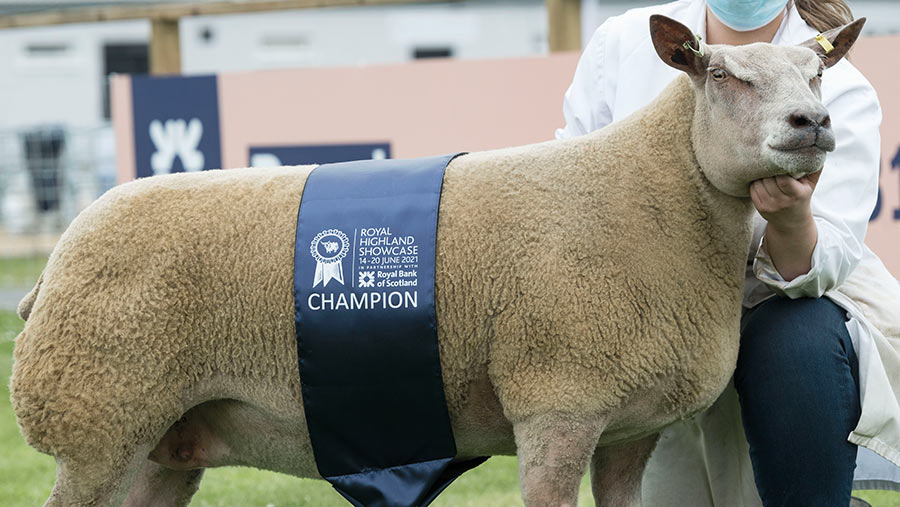 He was amazed by the “faultless” Loanhead Talisman daughter and her sheer power and conformation.

The home-bred show winner was out of a Nympton ewe bought at the Wedderburn dispersal. This was her first show outing.

In reserve was a Texel shearling ewe from Robert Wilson, Milnbank flock, North Dorlaithers, Turriff. Mr Cockburn predicted that she would look even better next year when mature. 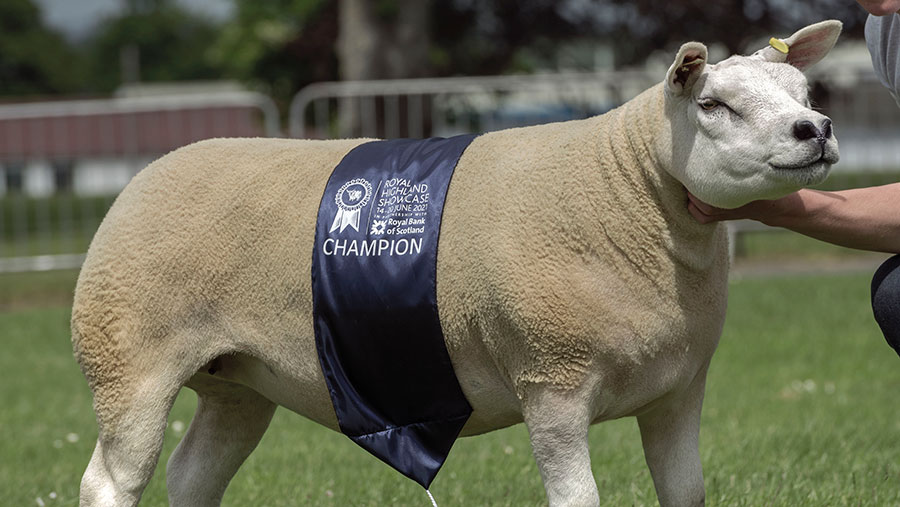 She is a daughter of the 15,000gns Knock Yardsman daughter and goes back to a prolific grandmother, which made 20,000gns after taking the Royal Highland championship in 2017. The Milnbank flock retained a flush from her, with the triumphant shearling being a Strathbogie Yes Sir daughter going back to that flush.