Two 8,000gns calls helped push averages £138 up on the year for bulls and up more than £670 for heifers at the Northern Ireland Charolais Club autumn sale at Dungannon on Friday (3 November).

A record-breaking 8,000gns trade was made by leading female Battleford Lola, a two-year-old from Bartley Finnegan, Moy, County Tyrone, which sold in calf to Blelack Immaculate, breaking the Charolais centre record.

Lola is out of the 25,000gns Thrunton Socrates daughter Blelack Usp and by Black Isle Show champion Lochend Apache. She went across the water with Blair Duffton, Huntly, Aberdeenshire. 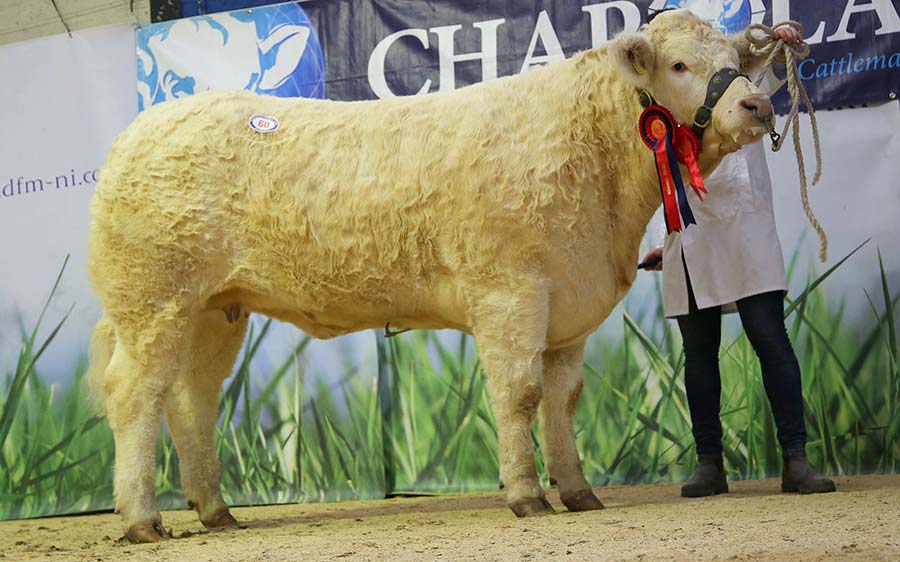 Matching this was May 2016-born Mountjoy Morgan from Caldwell McAskie, Mountjoy, County Tyrone, with the winning bid from Messrs McGinnity, Derryhouse, County Armagh.

The leading sire is by Montgomery Ianto and out of home-bred dam Mountjoy Ultra, a Gaer Positive daughter. 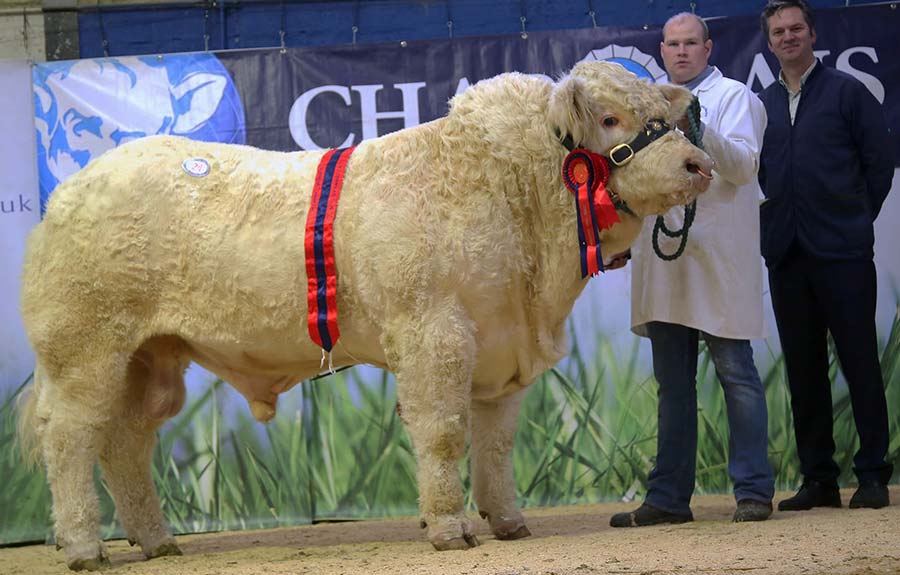 The easy-calving champion is by the 10,000gns Ratoary Icebreaker, rated in the top 5% for calving ease, and out of Coolnaslee Gina, a Sandelford Bergkamp daughter.

Next at 5,200gns was reserve senior male champion bull Sandelford Mason from George Henderson, Revellagh, County Antrim, which was knocked down to the Rogers family, Ballynahinch, County Down. 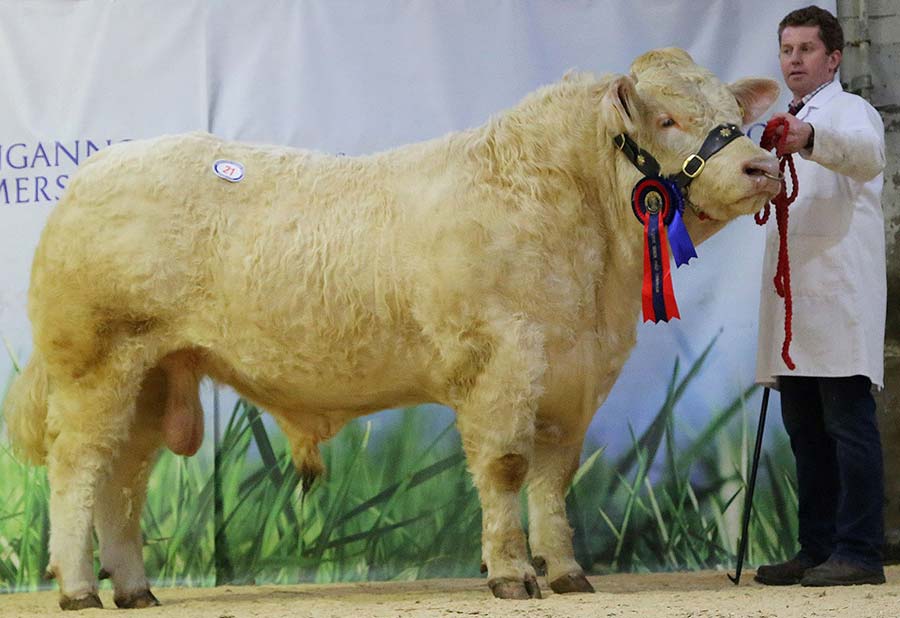 Mason is 17 months old and by the 13,000gns Stirling Conval Frank and out of Sandelford Fern, a daughter of the 14,000gns Goldies Usher.

Two 5,000gns bids were then reported, first for Mountain Magnificent, a 16-month-old son of Derrygiff Jester and out of Oscar dam Derrygiff Clare. He is from Liam Johnston’s Moutain herd, Tempo, County Fermanagh, and was sold to Messrs McKeagney, Maghera, County Derry. 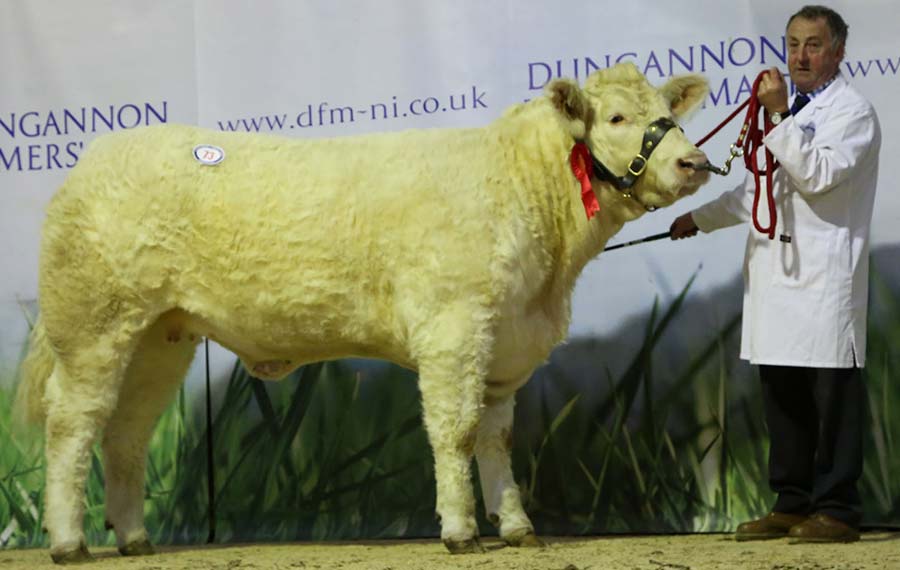 Matching this was stylish female Hillviewfarm Margo from Adrian Richardson, Maguiresbridge, County Fermanagh. She is by the easy-calving Blelack digger and out of a home-bred cow called Gina, which is out of the 14,000gns show winner Killadeas Jack. She caught the eye of Clare Ferris, Millisle, County Down.