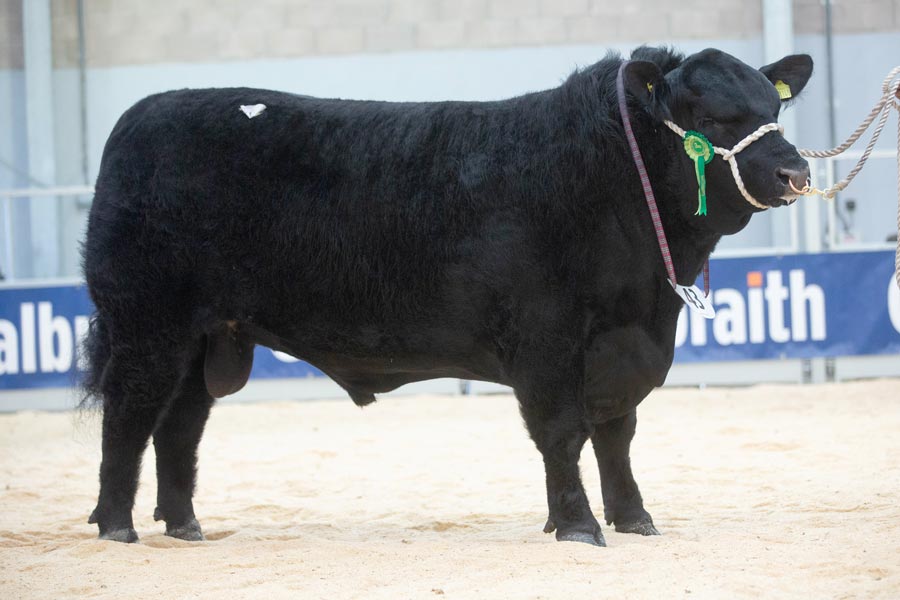 Elgin stood first in his class at the Royal Highland Show last year. He was the pick of TH Brewis, Roxburghshire.

Next best at 17,000gns was the best from the Wedderlie herd of JH and HM Tilson, Wedderlie, Gordon. 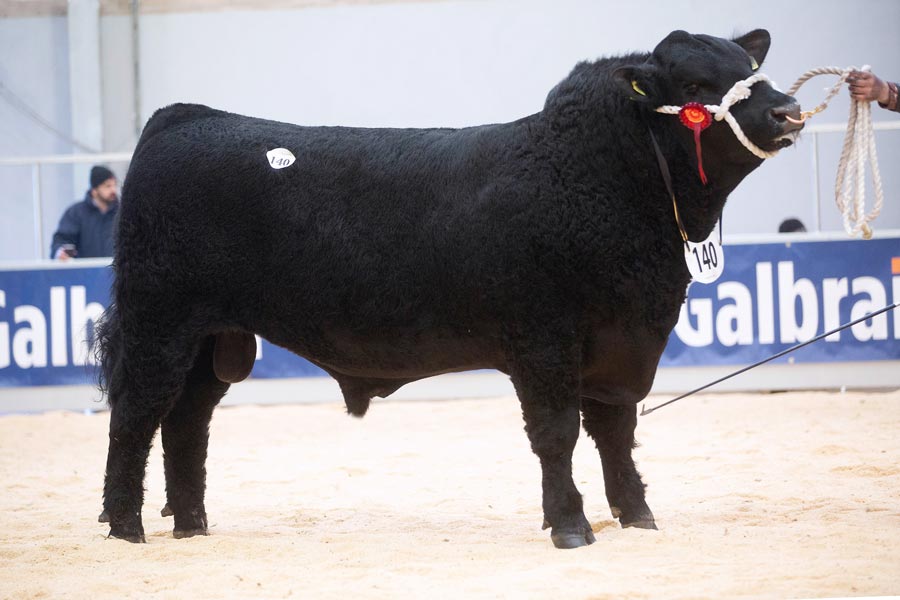 The reserve junior champion Blelack Lord Heartford T879 (Lot 101) from Messrs NF Massie and Sons, Aboyne, Aberdeenshire, was next in the bidding stakes at 15,000gns. 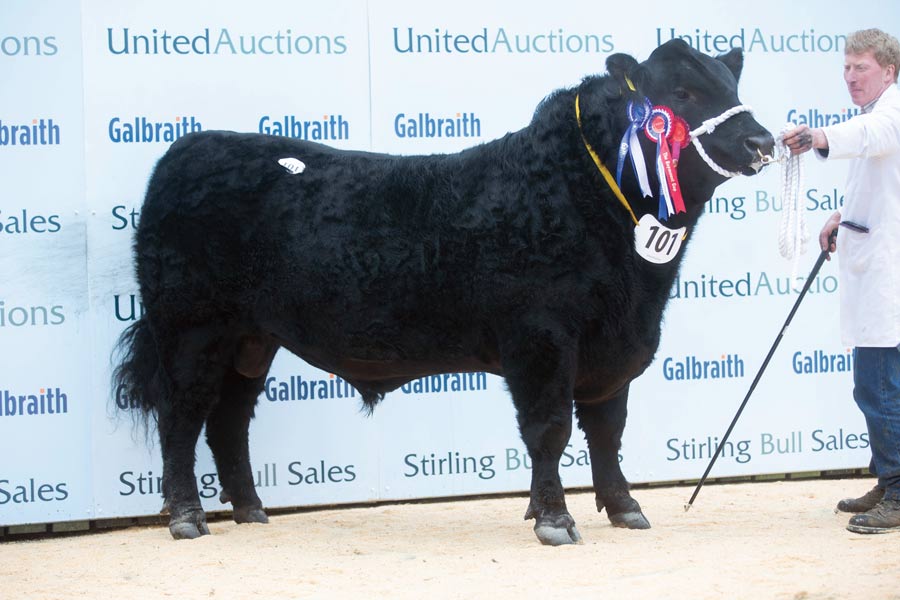 This May 2017-born bull is sired by Weeton Evolution R447 and his dam is the Warrenho Emperor M425 daughter Blelack Lady Heather R536. He caught the eye of Andrew Hodge, Duns, Berwickshire.

Then came a 13,000gns bid from William Allen, Humbleheugh, Alnwick, Northunmberland, for the junior champion and reserve overall champion Logie Defiance T774 (Lot 116), making it the highest price realised at Stirling by the Logie herd from Ellon, Aberdeenshire. 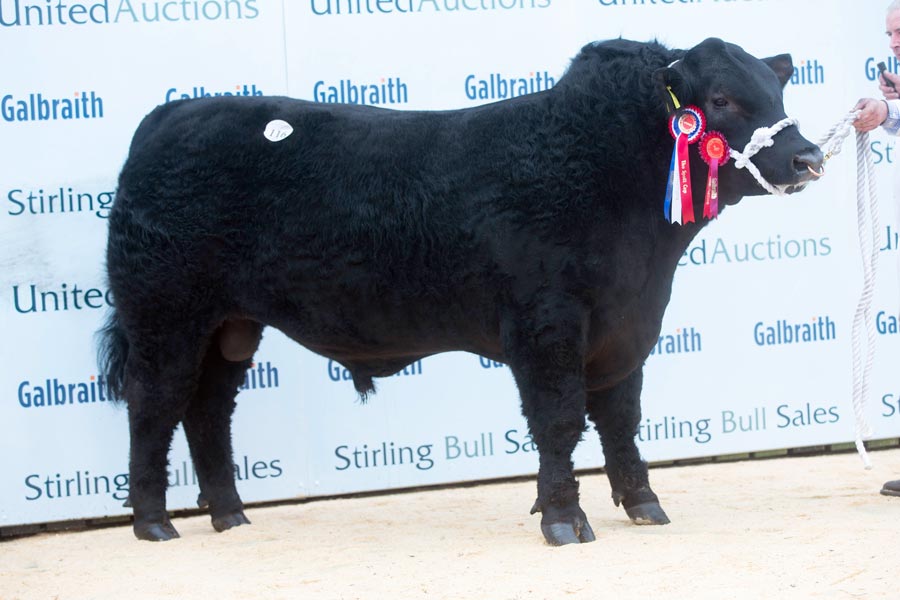 Sired by Rawburn Enoch L309, this June 2017-born bull is out of Logie Delia M200, by the prolific Netherallan Peter Pershore E052.

Selling for 11,000gns was the May 2017-born Borewell Black Magic T033 (Lot 86) from Daniel Whiteford and Co, Scremerston, Berwick-upon-Tweed. 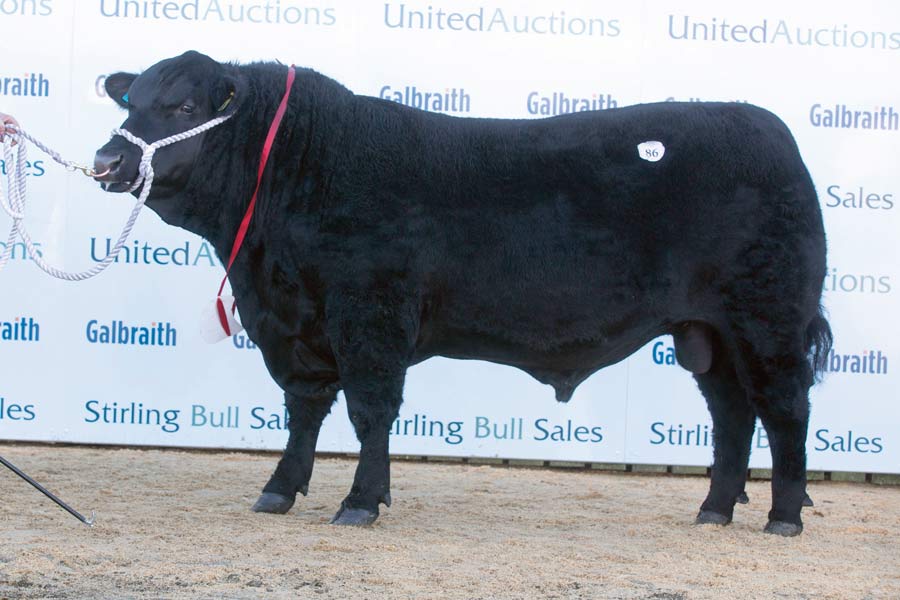 By Blelack Explosive P399, he is out of the Radar granddaughter Bosullow Blackbird L309 and was knocked down to J and J Campbell, Gordon, Berwickshire. 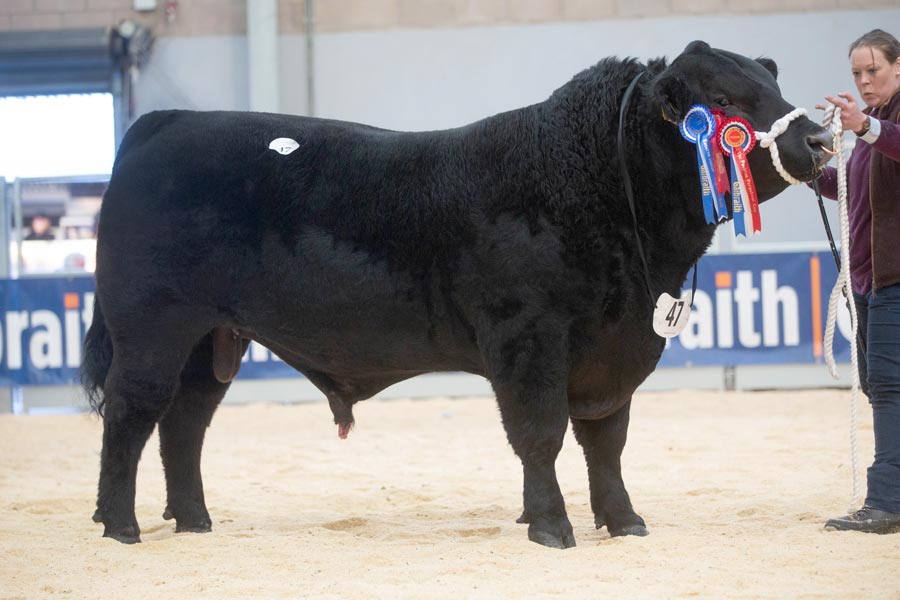 He is sired by Duncanziemere Jigsaw N087 and his dam is the Stouphill Endeavour H011 daughter Stouphill Merry Primrose N060.

Just shy of this and selling for 9,000gns was another from the trustees of the late Gordon Brooke; Linton Gilbertines Pheonix T184 (Lot 124). 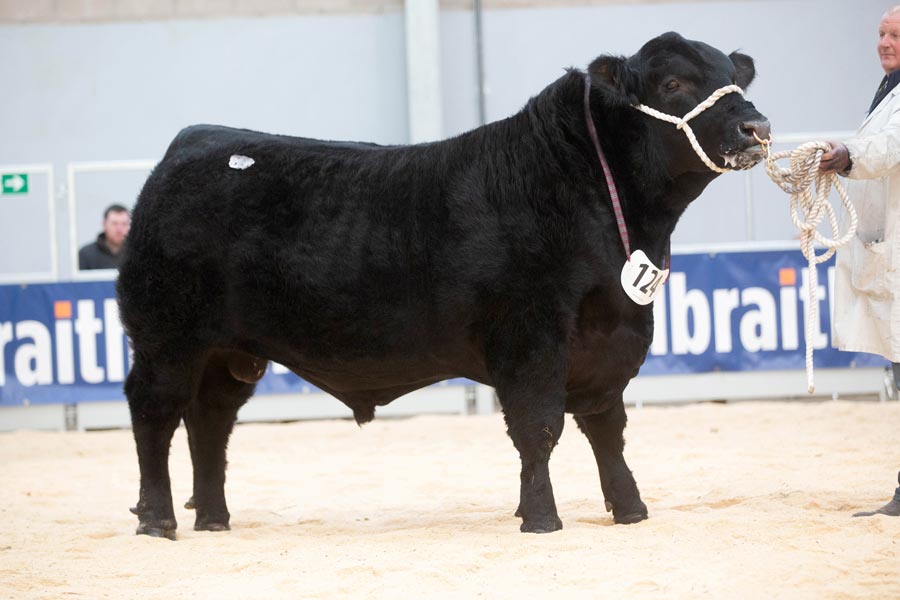 Selling for 9,000gns was Linton Gilbertines Pheonix T184 (Lot 124) from the trustees of the late Gordon Brooke © Tim Scrivener

This June 2017-born bull is the first son of Rawburn Braw Lad R041 to be offered for sale and is out of the Galawater Bentley H495 daughter Linton Gilbertines Peggy L546.

Two bulls made 8,500gns. The first to go under the hammer was McCornick Evander T337 (Lot 60) from Martin R McCornick, Kirkcowan, Newton Stewart.

Sired by Skaill Dina P099, he is out of McCornick Eventer R133 and was the pick of J and R Stanger, Sandwick, Orkney.

At the same money was the home-bred Hallington Jethro Eric T584 (Lot 123) from Messrs Alan R Lawson and Son, Newcastle On Tyne.

Sired by the Blelack Prince Consort A286 son Hallington Eurostar R484, he is out of Hallington Jubilee Erica L322.

He went home with R Leiper and Co, Ponteland, Newcastle.

Topping a small offering of females at 6,000gns on their debut at Stirling was Ken and Margaret Howie, Banchory, with their female champion Cairnton Elizabeth T426 (Lot 147).

This May 2017 heifer is sired by Haymount Walarlo M303 and is out of the Blelack Evergreat C689 daughter Cairnton Elizabeth H234. She went home with O Tunney, Cuddington, Cheshire.