Chris and Janet Watmore of the Holystone Estate in Northumberland bought Linton Gilbertines Powerhouse from the Gordon Brooke Estate for that top price. The April 2017-born bull is sired by Rawburn Dublin and is out of Belhaven Poke star.

Linton Gilbertines Powerhouse was one of six bulls to sell for five figures or more. 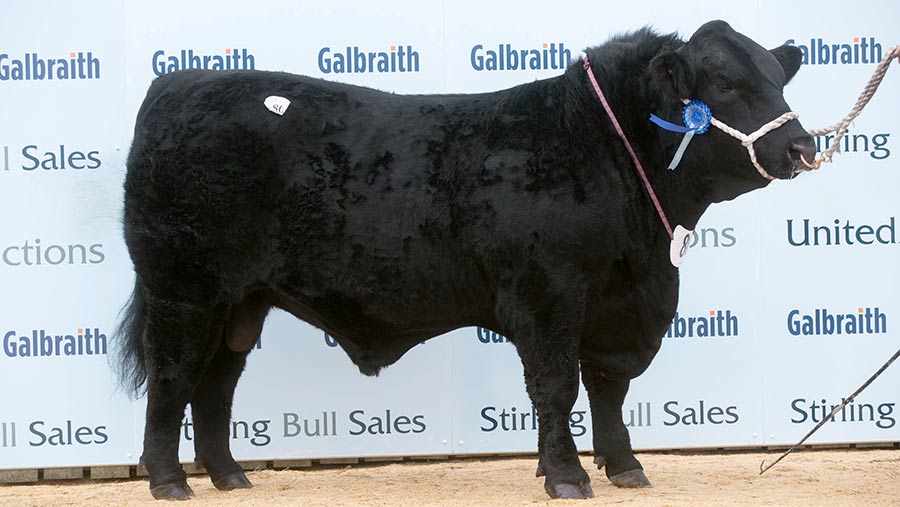 Selling at 14,000gns was Kilmaluag Eriskay from Donald Rankin, a January 2017-born bull by Retties JFK out of Mosston Muir Etta. He went home with the Massie family’s Aboyne-based Blelack herd. 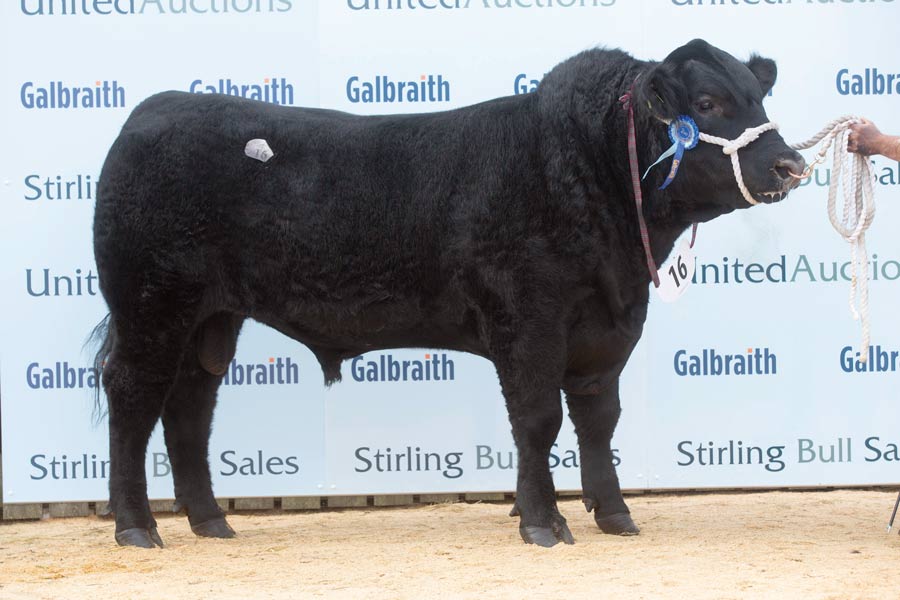 Next in the money, at 13,000gns, was Tynet Pegasus, the reserve overall champion from the pre-sale show. Pegasus, an AI son of Warrenho Dalmigavie out of Fearn Abbey Poppy, was sold by first-time exhibitors Hugh, Cara and Lorna Thomson, Tynet Farm, Buckie, to Marion Tilson’s Wedderlie herd, based in the Borders. 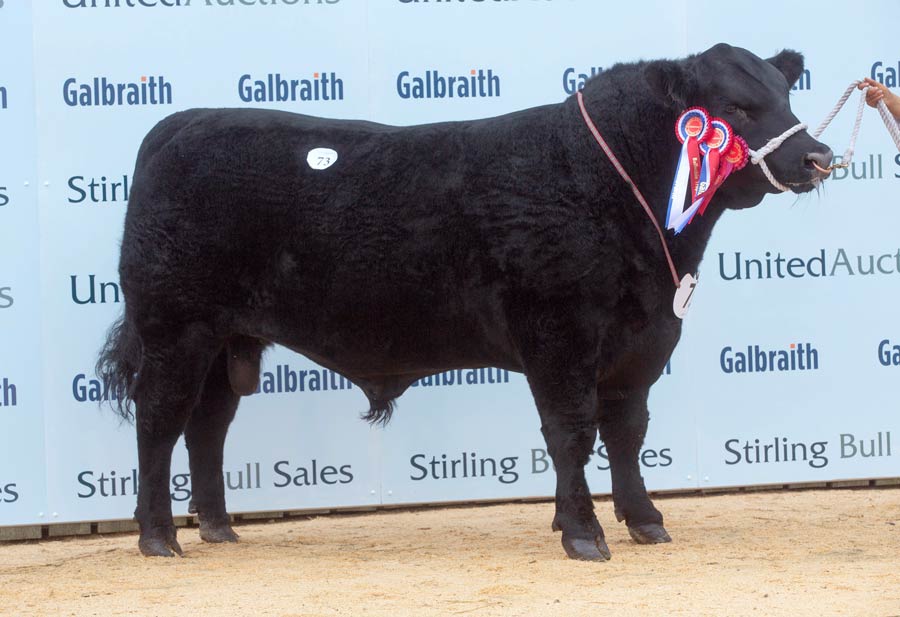 The show was judged by Noel Hooke, who commented: “I thought the standard was very high. I was looking for long animals with great depth and locomotion and tried to stick to a certain type that was well suited to both the commercial and pedigree markets.”

Having scooped reserve junior champion, Cairnton Blackbeard from the Howie family in Banchory was knocked down for 12,500gns. The April 2017-born bull is by Haymount Walarlo and out of Cairnton Blackbird was purchased by David Lindsay, Baldovie Farm, Kirriemuir. 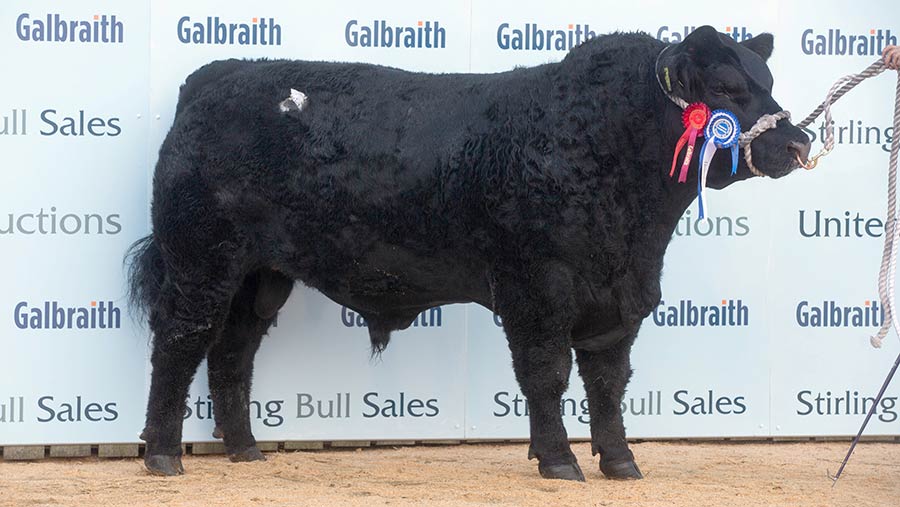 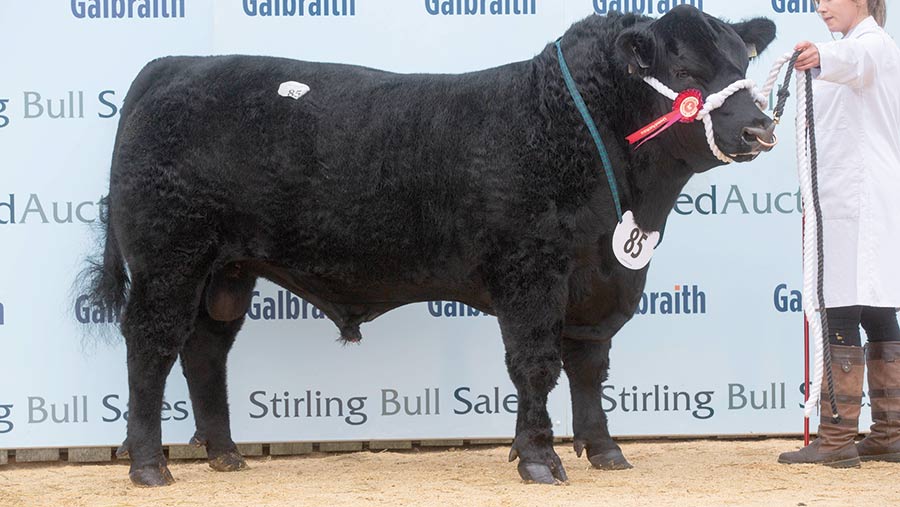 The overall champion from the pre-sale show, Rulesmains Egbert from Andrew Hodge, was knocked down for 10,000gns. Egbert heads to the north of Scotland to work for Hamish Sclater’s Turriff-based Deveron herd and the Raddery herd of the MacGregors in Fortrose.

The AI son of Hallington Edition was born in January 2017 and took the junior male championship at the 2018 Royal Highland Show in June. 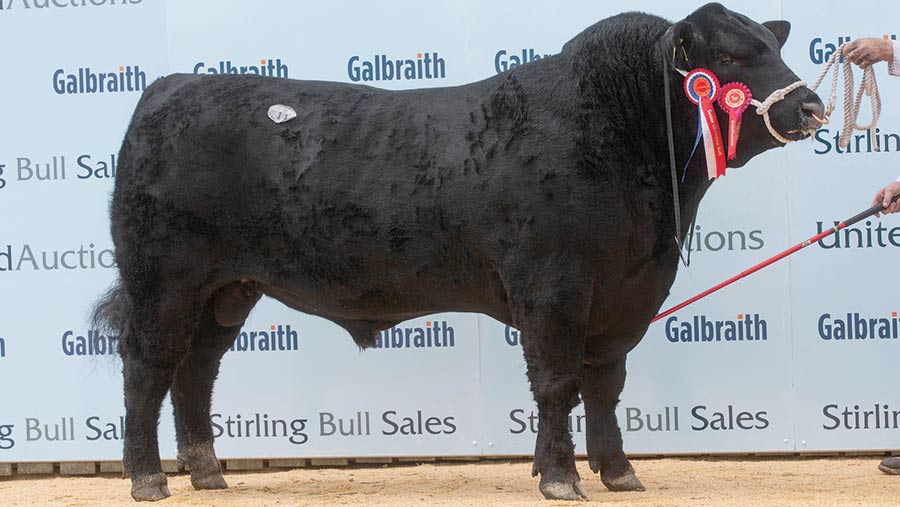