The price, which was for Beautry Shuna Liesl, smashed last year’s centre breed record of 6,500gns when knocking down to Thistledown Cowford Farms, Perth. This capped a day of show success for the Curries.

She is out of Croxtonpark Shuna Titania and by Poyntington Himself, a sire bought by the Curries for 8,000gns in 2016. The achievement thrilled the couple, who founded the herd in 2010. 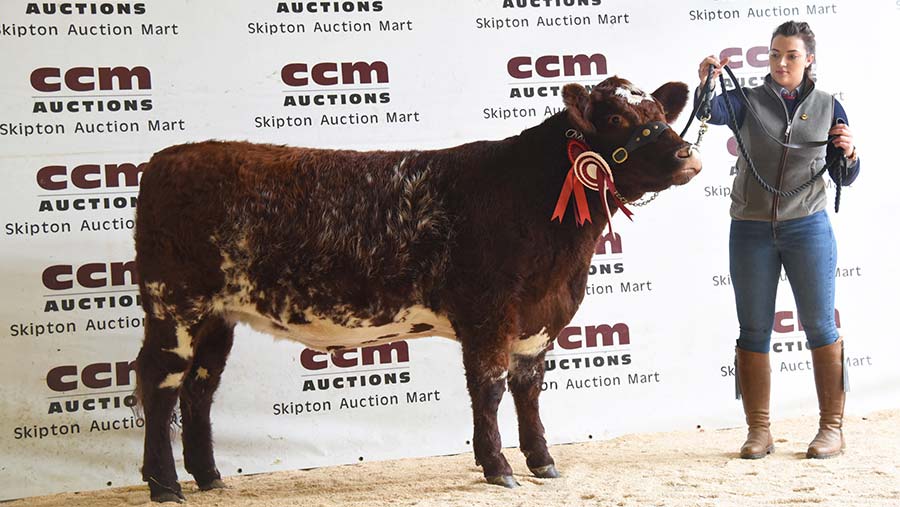 Next from the Curries at 5,800gns was Beautry Rose Lolita, who was described as “truly outstanding” by Scottish show judge Gordon Irving, Mountbenger herd, Selkirk.

She is another Poyntington Himself daughter, this time out of Bradshaw Classic Rose 2. She is half-sister to Kooky Rose, the 2016 Northern Calf Show champion and reserve champion at Skipton’s 2017 show.

Lolita was scanned in-calf to Stonehills Jackpot and, along with the trade topper, caught the eye of Thistledown Cowford Farms, with a view for both heifers to be put in an embryo transfer programme. 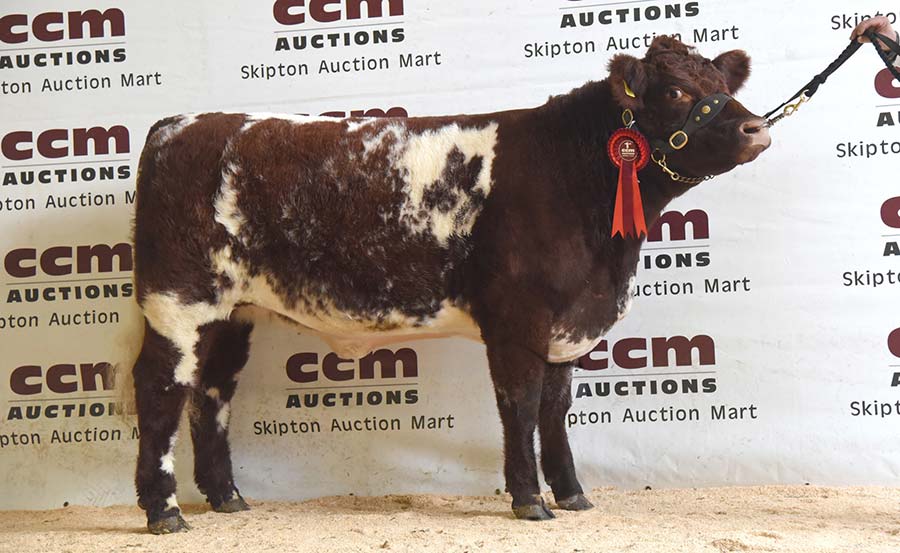 Next best was a lot from the dispersal of Michael Abrahams’ 35-head Newfield herd from Mickley, Ripon. The sale featured some of the best and oldest UK bloodlines and ended more than 50 years of breeding after a decision by 78-year-old herdsman Ray Sanderson to reduce his workload on the estate. 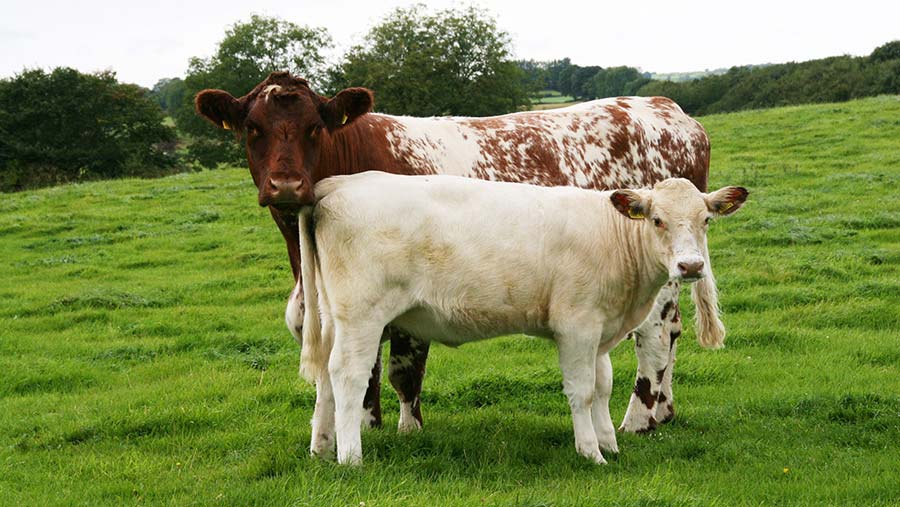 The Newfield dispersal topped at 5,200gns, with an outfit from the Foxglove cow family

Next at 5,000gns was Podehole Gypsy Laura from Harry Horrell, Thorney, Peterborough, which was knocked down to Andre and Caroline Vrone, A&C Farms, Langham, Rutland. This high growth and calving ease heifer is out of Podehole Gypsy Diamond and the first calf sold by Knockenjig Hercules.

At 4,000gns was a senior heifer from the Upsall herd of Gerald Turton, Grange, Thirsk. This was the highest price that Britain’s oldest pedigree herd achieved on the day, with the winning bid coming from Loak Farm, Perthshire.

The roan heifer was an April 2016-born daughter of Tessa X1179 of Upsall, a Grenadier daughter bred from Tessa X914 of Upsall, a Democrat of Upsall daughter. She is diagnosed in calf to Lawyer of Upsall.