The annual show and sale of Blackface females at Lanark on Saturday (25 February) proved more popular than ever, with a top price of 7,200gns and 43 animals selling for 1,000gns or more.

Leading the day’s trade was a gimmer from David Morrison, Dalwyne Farm, Barr. She was sired by Blackleg, out of a Buffalo dam and sold carrying a single to £52,000 Crossflatt. Buyers were Hugh and Alan Blackwood, Auldhouseburn, Muirkirk. 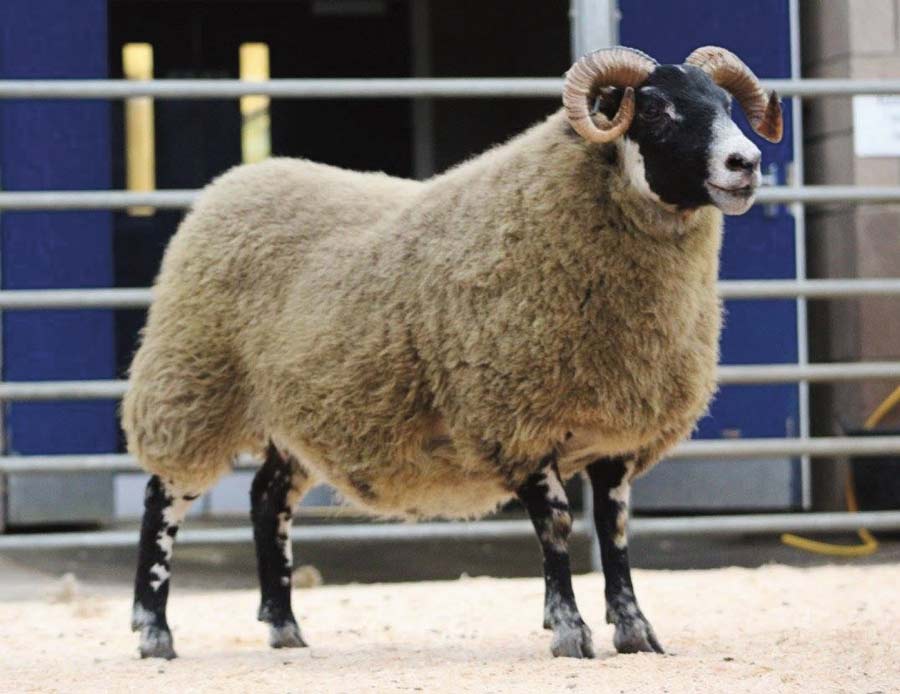 Sale leader at 7,200gns was a gimmer from David Morrison, Dalwyne Farm © Wayne-Hutchinson

Mr Morrison also sold a one-crop ewe, a daughter of Buffalo and out of a ewe by £9,000 Dachirla. Also due with a single to Crossflatt, she sold to Alwyn McFarlane from Dungiven, Northern Ireland, for 3,600gns. 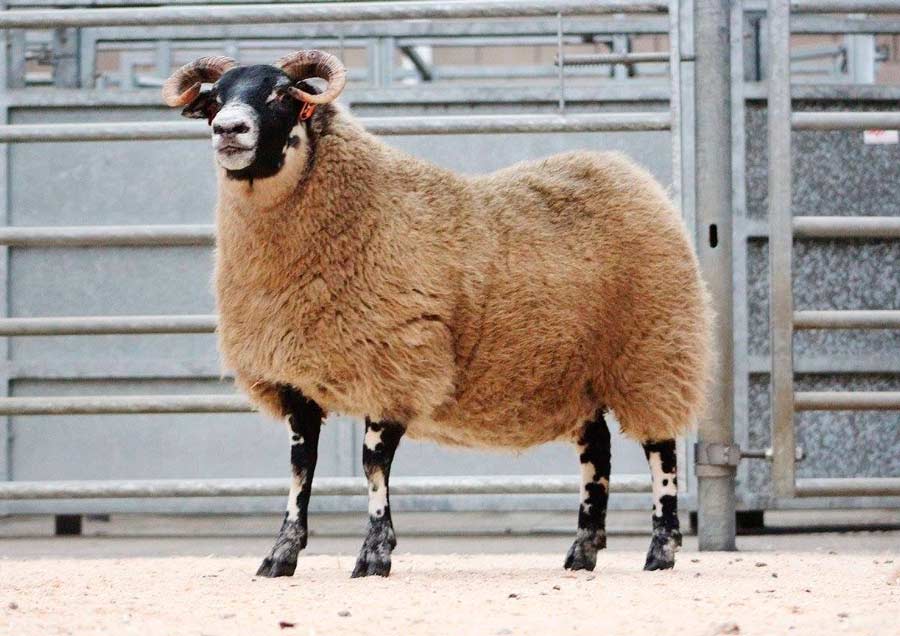 The second top price of 5,800gns was paid for a gimmer from Auldhouseburn © Wayne Hutchinson

Auldhouseburn also sold another gimmer sired by £90,000 Blackhouse, this time out of a £26,000 Crossflatt ewe, carrying twins by £100,000 Elmscleugh. She sold for 3,200gns to Charlie Gallacher, Ballybofey, Ireland.

Alastair MacArthur from Nunnerie sold a gimmer at the next-best price of 5,200gns. This daughter of £14,000 Dyke and out of a £22,000 Nunnerie ewe is in lamb with twins to Wisecrack and was sold in a two-way split to David Murray, Lurgan, Aberfeldy and Craig Gammage, Mid Stonebyres, Lanark.

Two females sold for 5,000gns, the first from Malcolm Coubrough, Whelphill, Lamington. This three-crop ewe, sired by £19,000 Elmscleugh and out of a ewe by £4,000 Auldhouseburn, was champion at the Biggar Show in 2016. She sold carrying twins to £8,000 Loughash to the Conway Brothers from Plumbridge, Northern Ireland.

The other 5,000gns bid went to a gimmer from John Murray, Crossflatt, Muirkirk, which was reserve champion earlier in the day. This daughter of the £90,000 Blackhouse is out of a £26,000 Crossflatt ewe and sold carrying twins to Tornado. The buyer was Mr Fraser, Balgowan Farm, Laggan.