Averages lifted on the year in the British Blue and Aberdeen Angus ring on Friday (30 September), with top calls of 10,000gns and 3,800gns for the breeds respectively.

A strong 91% clearance saw 10 Angus bulls level at £2,740, up £528 on the year with three more sold, while Belgian Blue trade was buoyed by two money makers, outstripping last year’s peak of 5,000gns.

Leading the sale at 10,000gns was Homilton Jupiter, a naturally born calf from Ruaig Vodka by Drift Domino.

His dam is one of the Homilton herd’s best breeding cows from Roly and Mel Carr, Capheaton, Northumberland, and joins the Linthorpe herd of KW Gamble, Knott Lane, Easingwold. 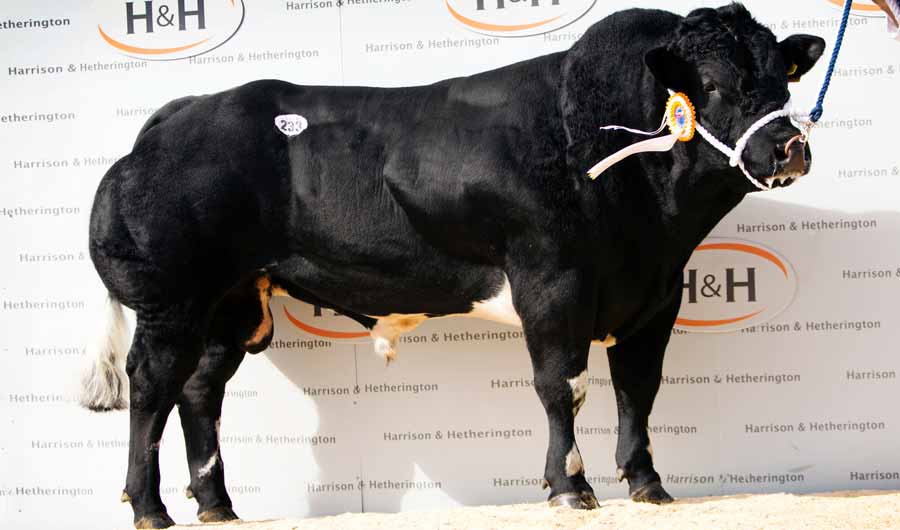 Next best at 7,000gns was reserve male and reserve supreme champion, Almeley Jeronimo, a 25-month-old from Graham Morgan, Tillington, Herefordshire.

He is by Drybarrows Cawdale and out of home-bred Almely Esmerelda and knocked down to T Laird and Son, Cronberry, Ayrshire. 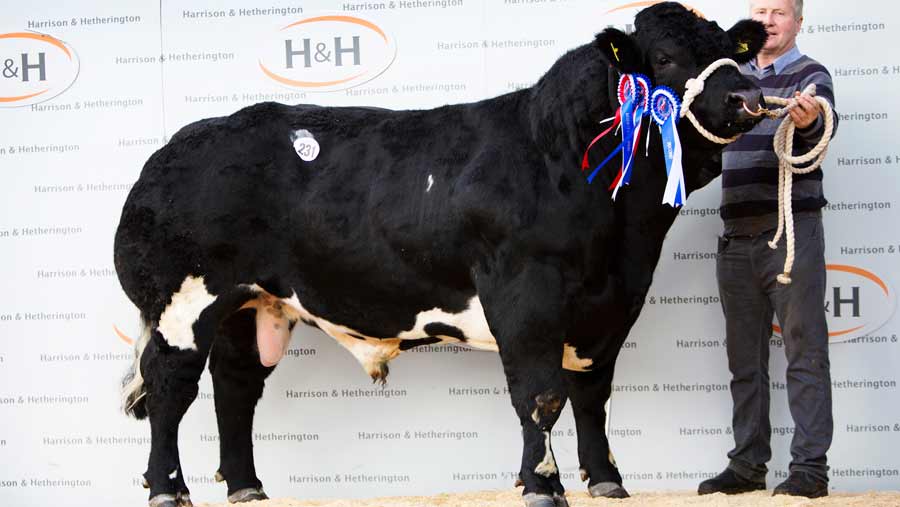 Making 7,000gns for the Morgans was Almely Geronimo © Catherine MacGregor

Boasting a carcass profitability index of +20 above a breed average of +12 this caught the eye of Wright Bros, Leverton, Boston.

Also of note was Goodyhills Kasabian at 4,500gns from NB and I Armstrong, Silloth, Wigton, going home with A Baillie, Kirkowan, Newton Stewart. He is by Stonebyres Hartley and out of Knells Gaga.

Lead female in the Blue ring was January 2015 heifer and female champion Tanat Kindly at 3,000gns, from Wyn Jones, Llanrhaeadr, Oswestry and going to Nigel Leighton, Barnby on the Marsh, Goole.

She is a dark-blue roan heifer by Phenomene de Martinpre and out of Faughanvale Cindy.

Females topped the Angus board at 3,800gns for an offering from Middlesbrough-based David and Penny Evans, Nunthorpe. 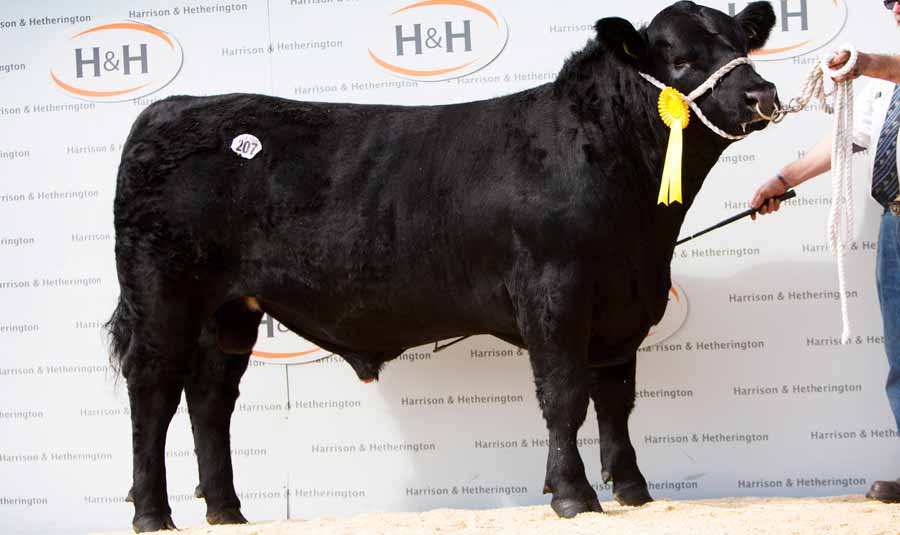 Two bulls then followed at 3,200gns. The first was a Rawburn Double Oseven son out of Aynho Rossiter Eric B125 daughter Wedderlie Possum. He boasts a self-replacing index of +51 and went to WJF Vance, Wigtownshire.

Matching this was McCornick Everest R125, the second-placed junior bull from Newtown Stewart-based Martin McCornick. He is a Halbeath Kitemark N500 son out of McCornick Evening Star N886.