A new centre record of £8,000 was confirmed at Brecon’s show potential cattle sale on Saturday (9 February), with buyers from as far afield as Scotland and the West Country in attendance.

Quality was high and yielded an overall average of £1,615, with 94-head sold in total. Heifers were slightly dearer on the year, but steers were back £200 a head. 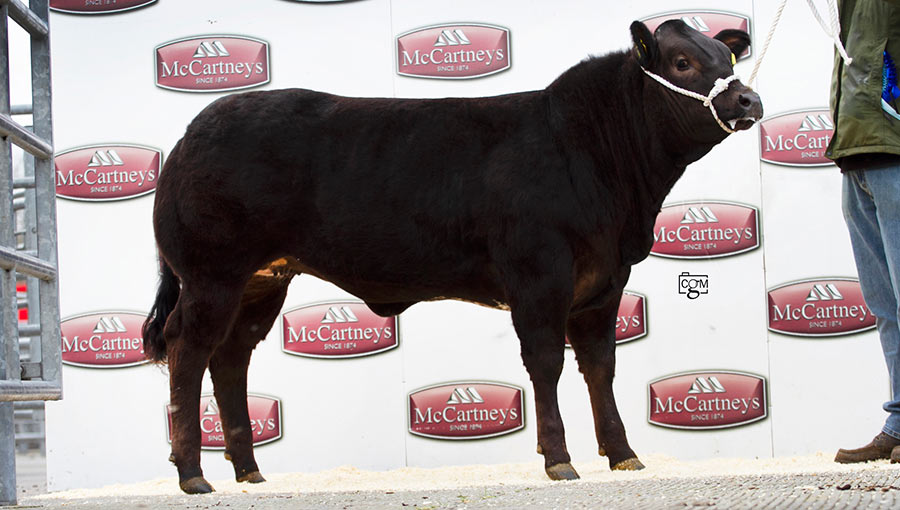 She is by Glangwen Josh and sold to the Alford family, Stillmans, Somerset.

Next at £5,700 and taking the overall championship was Dancing Queen, this time by Ampertaine Elgin son Sheehills Jet. She was from Phil and Tracey Jones, Erwood, and was out of a Limousin-cross British Blue cow. She went home with Blair Dufton, Huntly, Aberdeenshire. 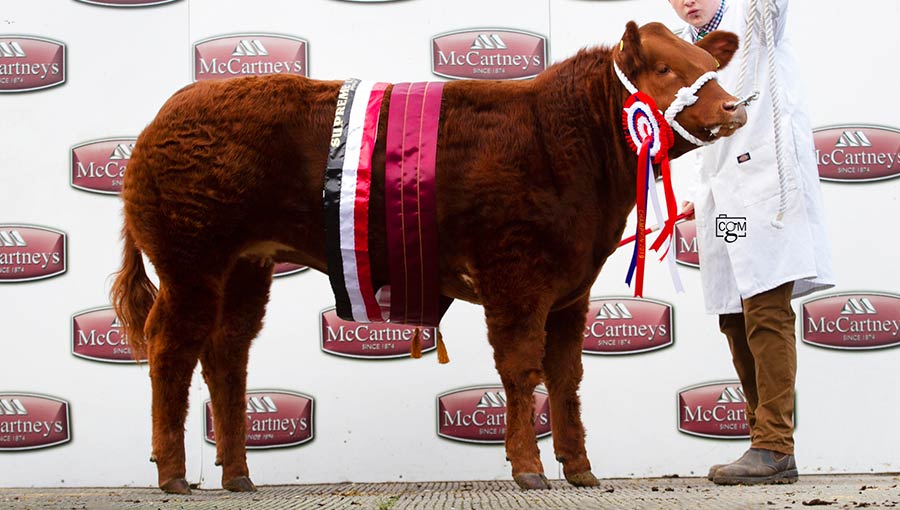 The overall champion from Phil and Tracey Jones made £5,700

Also from the Jones family at £3,900 was Black Magic, another Sheehill Jet daughter, this time snapped up by Colin Harris, Little Lambert, Devon.

Next at £3,100 were Messrs Phillips, The Batch, Weobly, with Black Ice. Another heifer made £2,100 and two smart young Charolais steers sold to Scottish buyer D Morrison for £1,950.

Steers topped at £2,900 with Honkey Tonk from Messrs Lewis, Pentwyn, This was also knocked down to Blair Dufton.