Trade was up on the year at last week’s Thame Summer Sheep Fair (4 and 5 August) as trade grossed more than £2.7m. 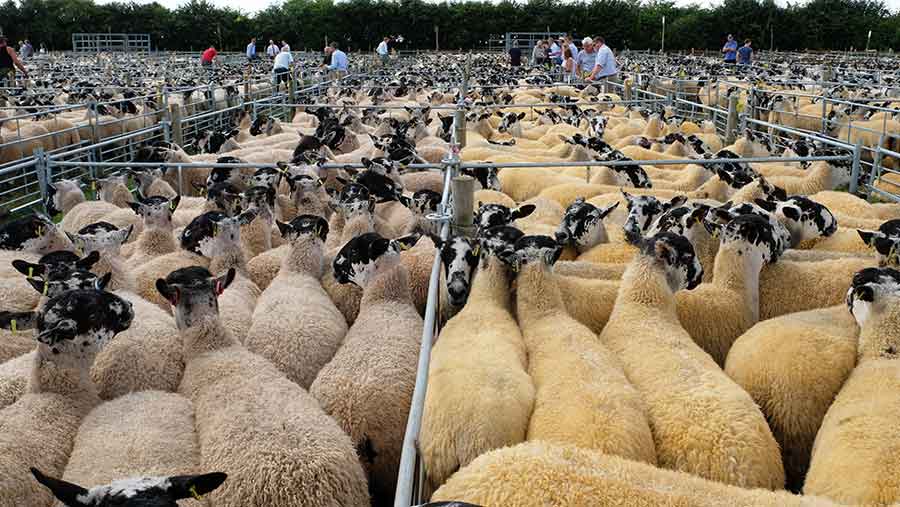 A tougher time was had for Beltex and three-quarter Beltex-crosses, which were harder to sell and levelled at £134, almost £8 down on the year. But this didn’t stop MF and DM Elkington, Weedon Lois, Northamptonshire, making the sale’s top money of £200.

Texels from RR and M Lawrence, Market Bosworth, topped at £198. Texel cross Cheviot mules then made a roaring trade, with Michael Cross, Blackthorn, making £168 and £166 and Garfield Stephens, Kirby Bellars, Leicestershire, making £165 for his entry, which took the prize for best white faced sheep.

Older sheep were dominated by Mules, with Messrs Rawding hitting £116 a head. Suffolk-crosses from Rob and Caroline Mole, Chearsley, sold to £111, while George Eaton, Water Straford, made £101 apiece with his consignment. 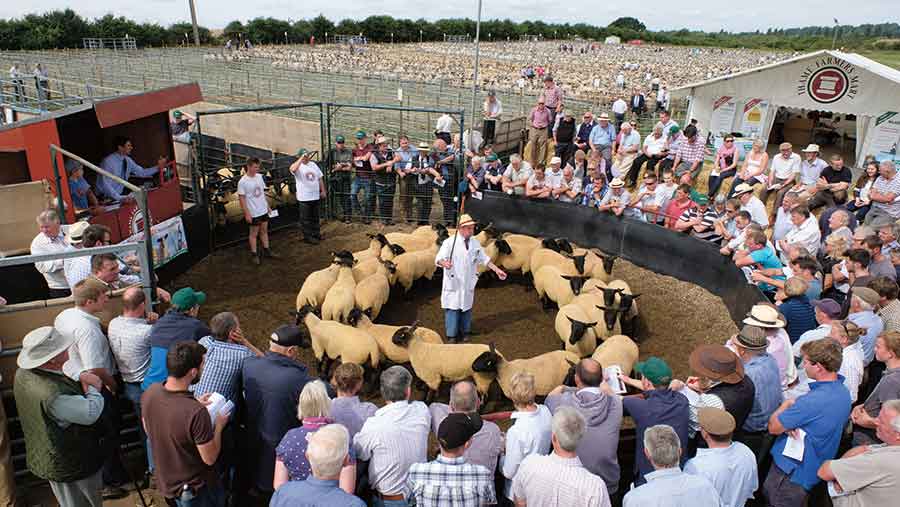 Friday’s Suffolk consignments were £6 up on the year topping at £195. Prize winners from Eddy Bullman, Thornborough, were the pick of what was a consistent trade for almost 8,000 Suffolk one- and two-shears.

Trade was “steadier” for Beltex types, while Mules that had been prepared for the show found a definite premium, Thame Farmers Mart auctioneer Simon Draper told Farmers Weekly. 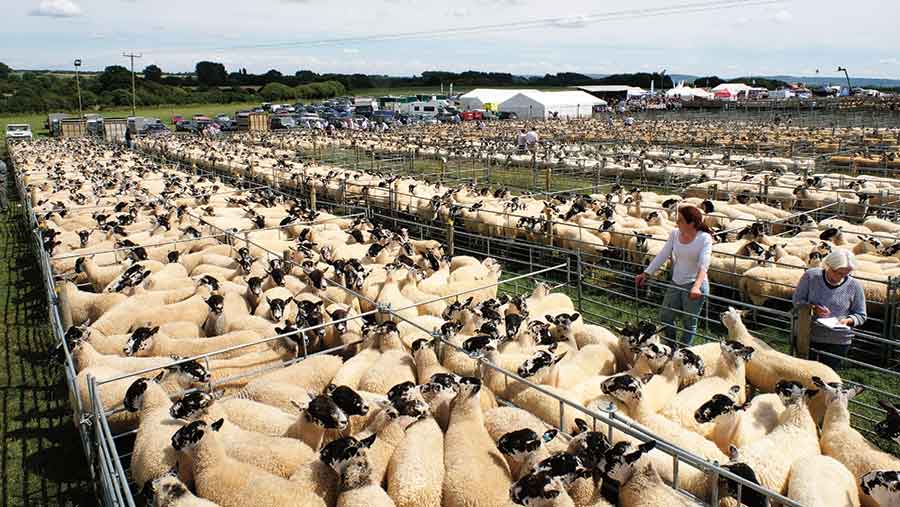 “This year was definitely more positive, but ordinary sheep at the bottom end was not much dearer than last year,” he explained. “This has been helped by an improvement in lamb trade and when I have about 25,000 head to sell, I expect firmer prices than when I have 28,000.

“Last year one or two buyers who typically offer the big money bought lesser sheep and they didn’t work for them. This year they have come out and bought better again.”

Improved hogg trade had meant the shearlings sold were “proper shearlings” and had not been mixed with hoggs, he added.