Trade topped at 8,000gns at the Hereford spring show and sale at Hereford market

Sale leader was the male champion Solpoll 1 Perfection from J and W McMordie, Ballygowan, Co Down.

This Panmure 1 Henry son was the pick of SC and GL Hartwright, Abingdon, Oxfordshire.

Next and selling for 6,400gns was Havenfield 1 Rufus, an October 2017-born bull from EL Lewis and son, Dilwyn, Herefordshire. 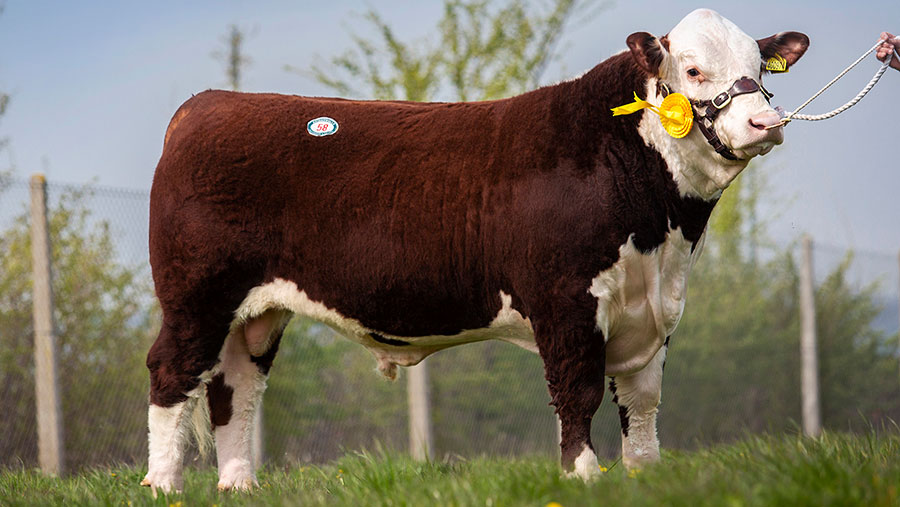 This Panmure 1 Henry son was born in September 2017 and is out of the home-bred Solpoll 1 Dainty F16, one of the herd’s best cows. 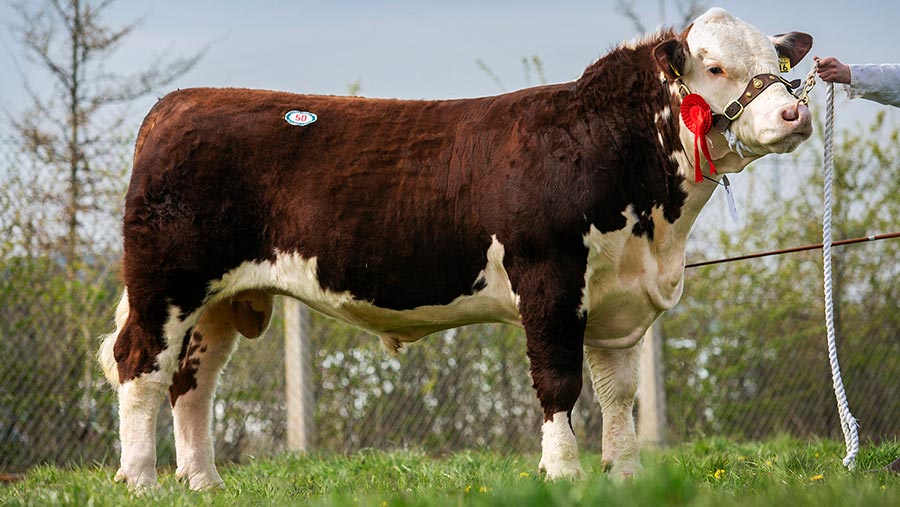 She sold in-calf to Dendor 1 Nairobi which was supreme champion at the Hereford Cattle Society’s National Poll Show in 2018. 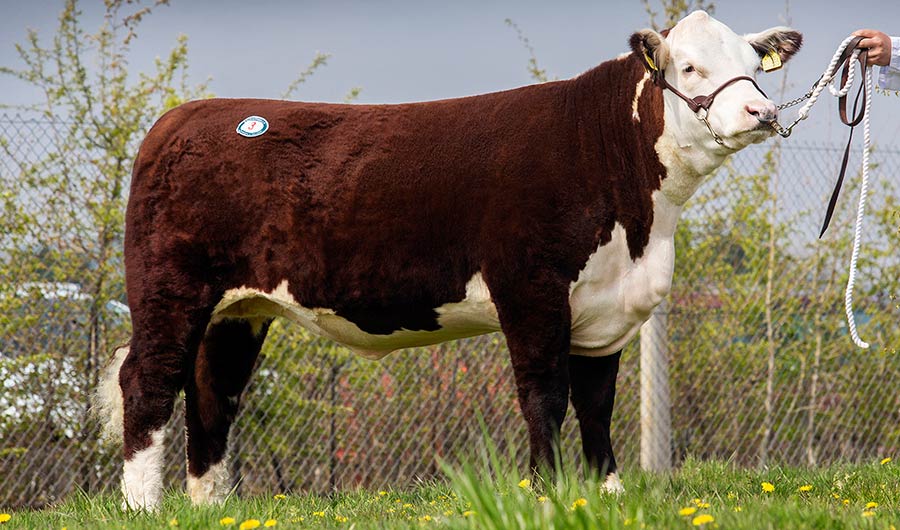