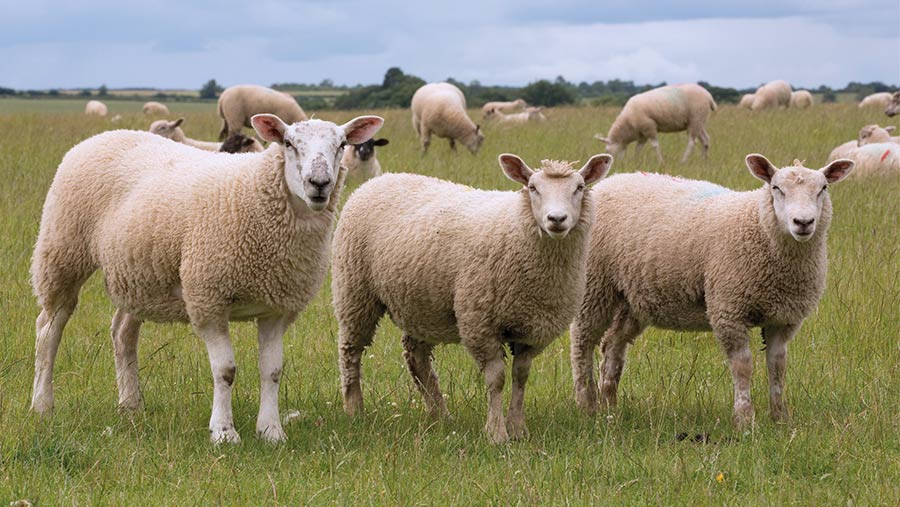 Store lamb buyers have shown early confidence by giving more for lambs as July prime prices track at £11-£13 a head up on the year.

National price indicators from AHDB for the week ending 27 June showed store lambs averaged £65.32, about £8 a head dearer than the same week in 2019.

Auctioneers say confidence has strengthened on the back of stronger prime sheep trade, which is tracking above last year’s levels in spite of improved supplies.

The Muslim festivals of Eid-al-adha and Qurbani (30 July-3 August) are tipped to keep demand firm.

Smaller entries of store lambs have lifted prices at Hereford, where trade for genuine store lambs is £6-£8 a head up on the year, said auctioneer Greg Christopher.

He added the dry spring led to small, earlier offerings of store lambs than normal, but that grass growth had since fully recovered to tighten numbers and lift values.

“It all follows the prime lamb price,” said Mr Christopher. “I get the feeling prime lambs will hold for two to three weeks as numbers seem to have tightened here.”

He said national store lamb prices were £8 dearer on the year and reflected growing confidence in the lamb market.

Some lambs in the store entry were being bought as prime, but the genuine stores lambs for growing and finishing were dearer on the year.

Mr Webber said: “The smaller ones look the dearer lambs. There are quite a few buyers looking for longer-term lambs. Store buying season has yet to get going, we start seeing numbers build now.”